The Shell Ducati Riders Day was held at the Buddh International Circuit on 29 September. 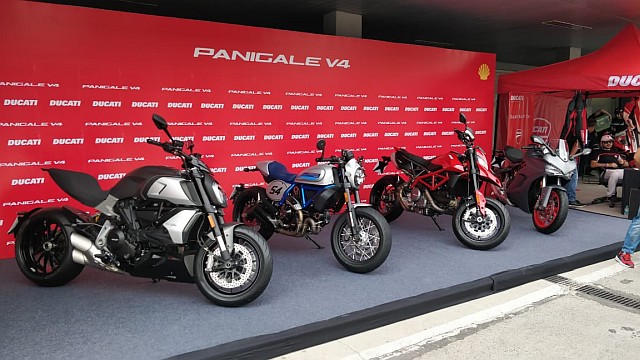 Shell, Ducati’s long-term technical partners, and the Italian motorcycle giant had an interesting day planned for Ducatisti in India with their MotoGP rider, Andrea Dovizioso, visiting India for the very first time. “Desmo Dovi” spoke about his experience with Ducati as a team and the importance of the Ducati and Shell partnership. The event came as the final leg of Shell Lubricants India’s flagship “MotoSport Promo Campaign”. More than 25 lucky Shell Advance consumers had a chance to ride at the event guided by Ducati Ride Experience (DRE) certified trainers who improved riders skills and ensured safety. 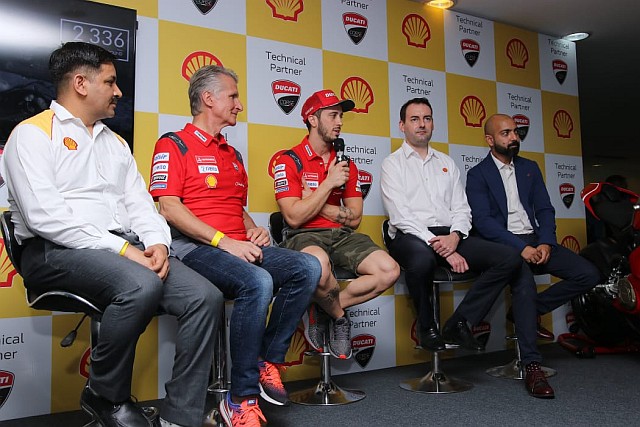 Rajini Krishnan, winner of multiple national and international championships, alongside Dilip Lalwani, and Neharika Yadav were announced as the riders for the Ducati India team. Aakash Rajshakha and Bhumik Lalwani were named as the official pilots for the North Star Automotive Ducati’s dealer partner team. This announcement was made after Shell celebrated their unique limited-edition Advance promo pack series with surprise prizes given to participants.

All the attendees got a chance to witness an interaction between Neharika Yadav and Andrea Dovizioso, where the racer answered questions about his MotoGP career. This was followed by an autograph and photo session for the fans. Ducati and Shell plan to hold more such events to promote motor sport in India.

The next round of the MotoGP takes place at the Chang International Circuit in Buriram, Thailand this weekend.