The 2021 Triumph Speed Triple has been out and about and been snapped testing of late, and now fresh spy shots have surfaced online. 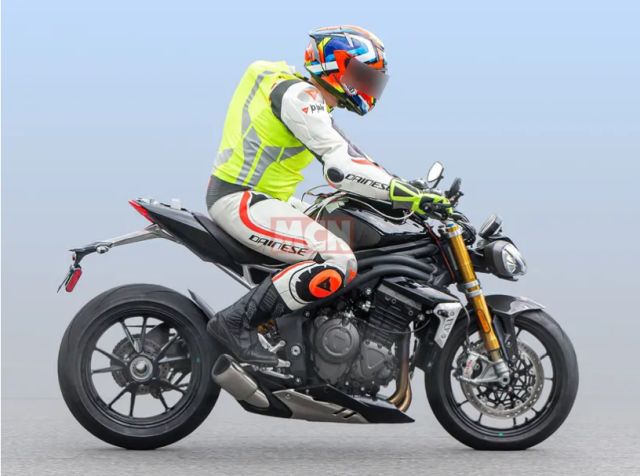 The Triumph Speed Triple has always been a popular motorcycle among naked bike enthusiasts but has become dated as it has used the same design and engine for a long time. The 2021 Triumph Speed Triple has been spotted testing by Motorcycle News (MCN) and as we can see it sports a variety of changes when compared to the current model. To compete with the latest hyper-naked offerings like the Ducati Streetfighter V4, KTM 1290 Super Duke R and the Kawasaki Z H2, the Triumph Speed Triple will have to be faster, lighter and easier to ride.

As we can see from the leaked image, the 2021 Triumph Speed Triple will sport many design changes and this time around will take its design cues from the new Street Triple. While retaining the muscular appeal of the Speed Triple, Triumph have also given the bike sleek new LED headlights and ditched the dual under-seat exhausts and used a single-exhaust layout just like the one seen on the Street Triple. All of these changes should see the new Speed Triple lose a bit of excess weight. 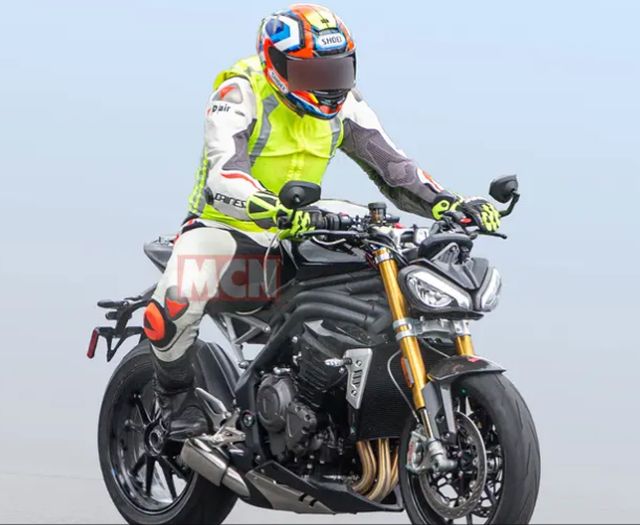 The current Speed Triple on sale uses a 1050-cc, inline three-cylinder engine that produces 148 hp at 10,500 rpm and a peak torque of 116 Nm at 7,150 rpm. We can expect Triumph to have worked on the engine which will most probably be a new 1,200-cc motor. The new engine is expected to make around 175 hp which will help the new Speed Triple come close to its competitors.

Apart from the design and engine, the 2021 Triumph Speed Triple will also get a bunch of advanced electronic rider aids including wheelie and traction control, a quick-shifter, cornering ABS and much more. Currently on sale in international markets are the RS and the S models. The spied bike appears to be the RS variant of the 2021 Speed Triple as it sports top-spec suspension and brakes.