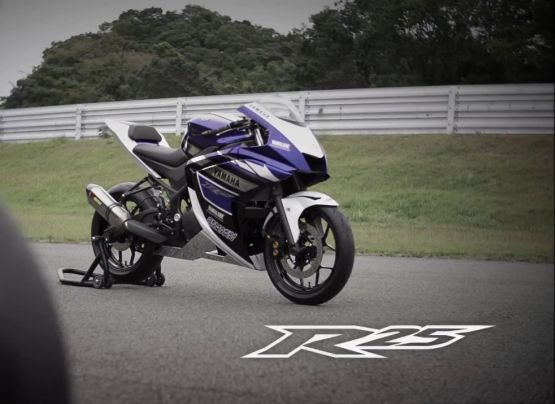 Nine-time MotoGP world champion Valentino Rossi stars in an all new YZF-R25 advertisement for Yamaha. The much-awaited, drool-demanding YZF-R25 has finally been launched in Indonesia and the production version will soon arrive in India as well.

The production models looks more like the former YZF-R6, which is an excellent thing whichever way you look at it. The sleek, full-fairing will house a liquid-cooled twin-cylinder heart harnessed by a six-speed gearbox. The 249cc, eight-valve motor makes 35.5 PS at around 12,000 RPM with a red-line at just under 14,000 RPM! Peak torque is 22.1 Nm at 10,000 revs.

And it’s not over yet. The YZF-R25 is going to be the base for a 300cc model, which, in all probability, will be called the YZF-R3 in Europe and other markets including India. If rumour-mills are to be believed Yamaha officials have hinted at a possible 2014 EICMA showcase for the YZF-R3.

Till then, enjoy this TVC and keep your fingers crossed.