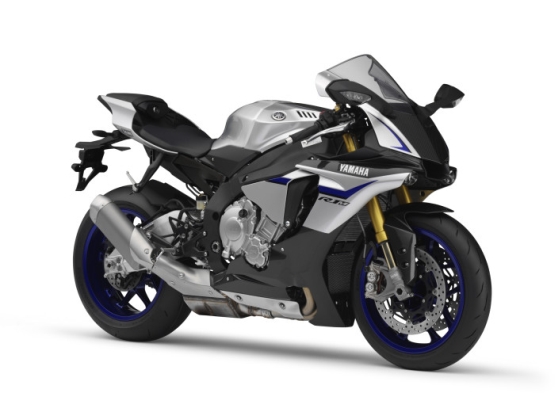 The YZF-R1 is a motorbike icon, and Japanese auto-maker Yamaha’s flagship. Now, Yamaha used the celebrated EICMA show in Milan as the launchpad for the 2015 avatar of this legend, and its performance-oriented sibling, the YZF-R1M.

This new version of the bikes house a 998cc inline four cylinder engine, and churn out a mammoth 200 PS and 112.4 Nm of torque. This coupled with a kerb weight of only 199 and 200 kg respectively, there’s no doubting that the new R1s will live up to its tarmac-shredding lineage.

Both bikes are built around Yamaha’s “High Tech Armed Pure Sport” concept, and packed to the brim with the very cutting edge of motorbike technology. This includes a commercial début for Yamaha’s 6-axis position sensor, which detects 3-axis angular velocity along with 3-axis acceleration. The bikes also come with Yamaha’s advanced control technology, which improves performance and handling. The bike also has all-new visual cues such as the concealed LED lights, and visual cues adopted from Yamaha’s new “Speed Racer” design concept.

Both the YZF-R1 and YZF-R1M will be launched early March 2015, and there is no word yet on what they will be priced at.