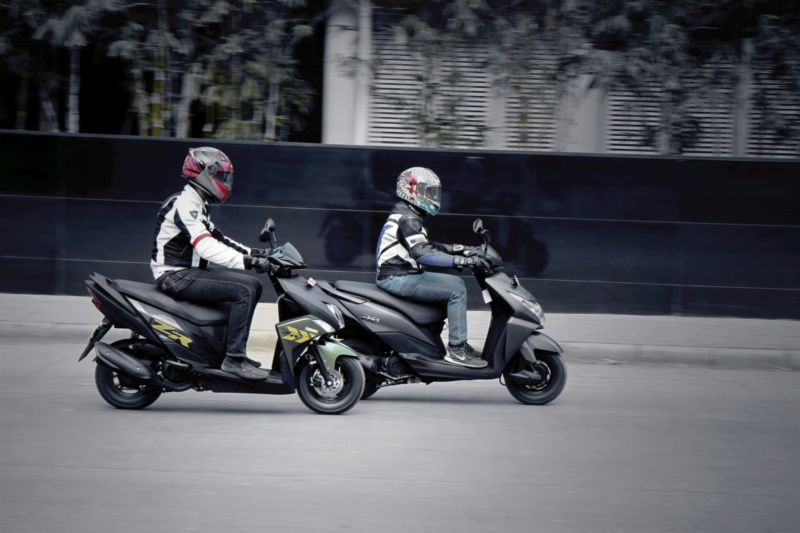 Fast forward to the present and the Dio is still on sale, post a facelift. The new panels and revised headlamp have shed the lean image and made it look even sleeker and more muscular. The engine has grown from 102 cc to 109 cc and delivers 8.0 PS and 8.8 Nm, packing ‘HET’ (Honda Eco Technology) to improve efficiency. Apart from the addition of Honda’s Combined Braking System (CBS), the Dio remains the same mechanically.

The Ray ZR, on the other hand, packs a 113-cc ‘BlueCore’ air-cooled single that makes 7.2 PS and 8.1 Nm. It’s slightly down on the Dio in the numbers game and that shows in the acceleration figures. The Dio takes 8.84 seconds to get from 0 to 60 km/h, whereas the Ray ZR is over half-a-second slower at 9.48. In terms of top speed too, the Ray ZR tops out at 86.3 km/h, while the Dio goes on to 93 km/h. Not much in there, but the Dio’s slightly faster at the top with its 10 per cent higher power. Both feel equally refined, so there’s really nothing between them on that front. 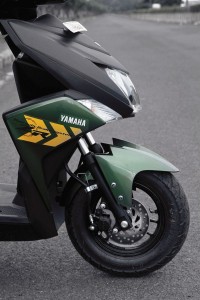 The Ray ZR is actually very good to ride. The mildly-stepped seat is comfortable and there’s more than enough knee room. It also feels wider and the scooter-equivalent of a car with a wide-body kit. It’s very flickable and the weight distribution feels just right. The suspension setup is neither too stiff nor too soft; it’s just right, and lean-ins and changes of direction are handled with ease and inspire massive confidence. However, I just wish the brakes had a bit more bite. The Dio, meanwhile, feels slightly stiffer and a bit heavier at the rear. Other than that, it looks leaner, feels more solid and picks up well. The initial punch is good and it does feel the more urgent of the two. The flickability is just as good as that of the Ray ZR and its handling too is confidence-inspiring.

From the practicality aspect, though, both scooters weigh the same, at 105 kg, and even have similar fuel-tank capacities: 5.2 litres for the Ray ZR and 5.3 for the Dio. Their economy, however, reflects quite a difference in efficiency. The Ray ZR returns 42.5 km/l, translating into a 221-km range on a full tank, while the Dio delivers 54.7 km/l, adding up to a range of 290 km. If size is a criterion for you, the Ray ZR’s seat height, at 775 mm, is 10 mm more than the Dio’s. The Dio, however, offers 18 litres of under-seat storage volume. The Ray ZR has 21 litres under the seat, plus twin storage bins up front.

Then there’s the matter of the asking price. The Honda Dio costs Rs 53,114 on-road in Pune, while the Ray ZR, without the front disc brake option, will cost you Rs 60,662 (OTR, Pune); add Rs 2,800 more for the front disc. It isn’t the stop-on-a-dime kind but is progressive enough.

If you want the safe option which, now, has seemingly been reborn on the dark side with its after-dark shade of shadow, the Dio can do no wrong. However, if you want to be bold and ride out on a unique, sharply designed moto-scooter, and either want or can get over the ‘swag’ factor, the Ray ZR certainly makes a strong case for itself. The Dio feels sharper and more willing, and the added power makes a difference in the right places. Make no mistake, the Ray ZR is an excellent ride, but the Dio just has that much more of an edge over it. Either way, you can’t go wrong, really. 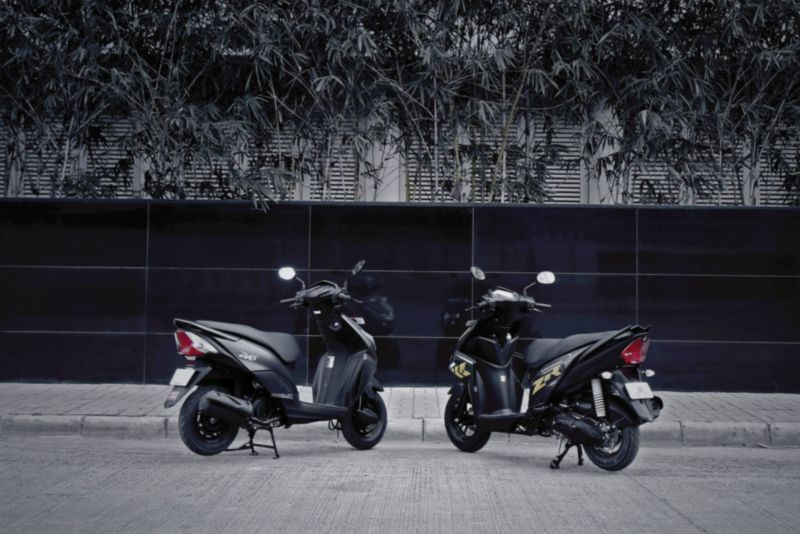