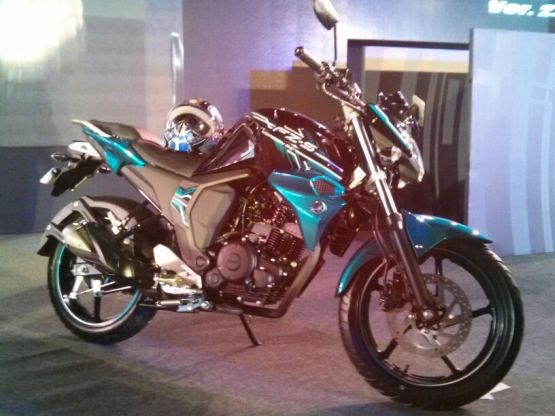 Yamaha Motor India have officially launched the new FZ FI V2.0 and FZ-S FI V2.0 models at Rs 76,250 and Rs 78,250 (Ex-showroom, Delhi) in the Capital today. First showcased at the 2014 Auto Expo, the refreshed FZ series sports an array of technical and cosmetic changes which most notably include Yamaha’s new ‘Blue Core’ technology.

The ‘Blue Core’ technology is Yamaha’s latest approach to engine design, and by and large, points towards a movement in the direction of fuel-injected power mills, as is evident in the updated FZ series. Yamaha claim that its ‘Blue Core’ technology makes the new models upto 14% more fuel-efficient than their previous avatars. We called the FZ’s fuel-injected future way back in the June issue of Bike India, and its great to see this technology finally included in this popular model.

The 149.1cc power plant on the FZ FI and the FZ-S FI models produces 13.1 PS of power and 12.8 Nm of torque, which are marginally less when compared to the earlier variants. The gearbox on the new models remain the same with the standard 5-speed, 1-down 4-up unit. Yamaha claims that the updated versions are 3 kg lighter than before. With a kerb weight of 132 kg, both the variants are amongst the lightest 150-cc motorcycles available in the market today.

The updated FZ FI and FZ-S FI versions are quite the lookers, having a more aggressive stance and are much more edgier in terms of design than before. The sharp new head-lamp cluster, revamped fuel tank, sleeker air-intakes, beefy exhaust, split seat, a reworked tail-lamp, new side panels as well as a revised mudguard at the rear make these models effortlessly stand out from the crowd.

The FZ FI and the FZ-S FI V2.0 bikes also sport a refreshed digital instrument-cluster which includes an economy-mode indicator. Yamaha have kept a few things unchanged which include the telescopic front suspension and the rear monoshock suspension as well as the the front disc and the rear drum brake units. Tyre options on the updated models are new, with the already beefy rear radial getting even wider. 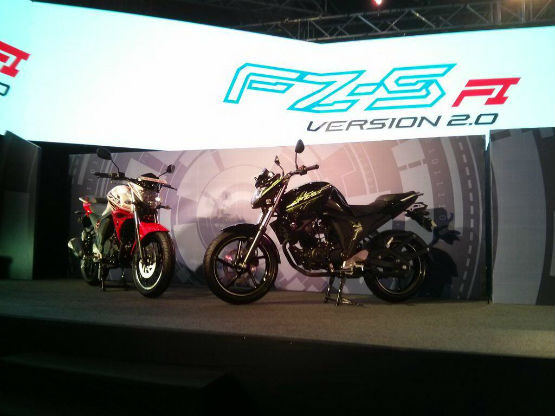