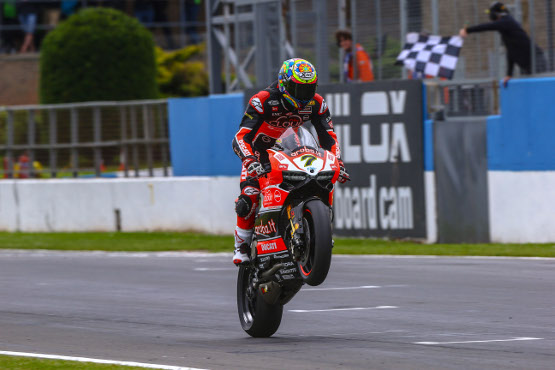 Race two was like a walk in the park for race one winner Tom Sykes. He took an early lead and continued to put in some really fast laps at record pace. He ended the weekend with a sixth consecutive victory at the Leicestershire circuit, equalling the record of his compatriot and WSBK legend, Carl Fogarty. Meanwhile, Sykes’ team-mate, Rea, had a tough time soon after the start of race two. Rea had a moment on his Kawasaki ZX-10R when he was almost thrown off the seat. Fortunately, the championship leader landed back in his seat and was able to keep the bike going despite slipping down to the seventh place. He fought his way up the ladder to challenge a fast Sykes for the lead, but Sykes was already leading the race with a sizeable margin. Despite his best efforts to challenge Sykes, Rea could only manage a second-place finish. Ducati’s Chaz Davies once again repeated his consistent performance and grabbed the final podium position. A battered Leon Haslam came home in fourth place on his Red Devils Aprilia RSV4 RF. 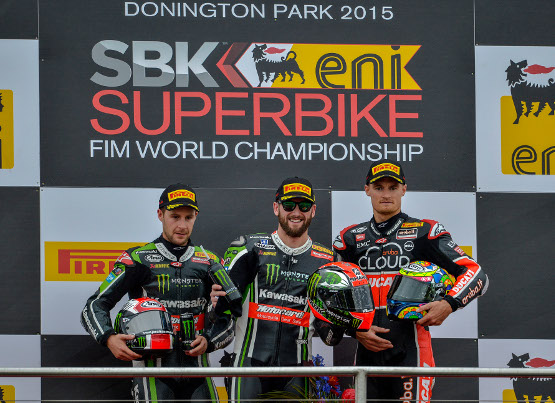