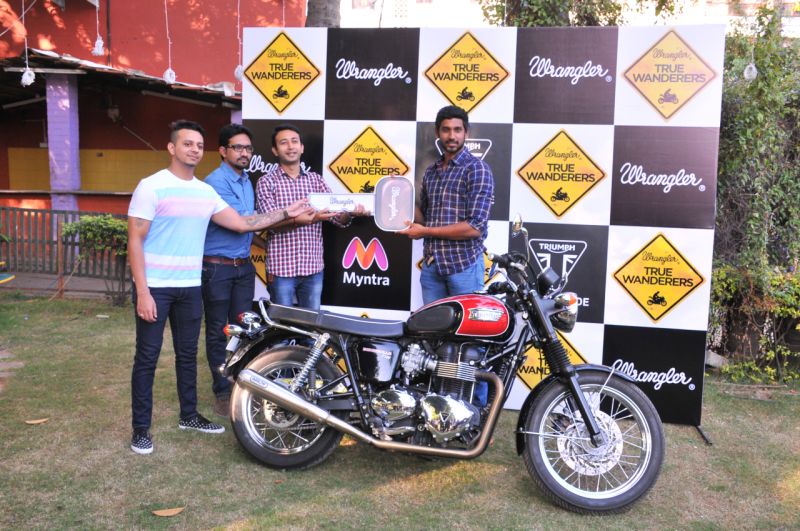 The Wrangler True Wanderer competition is in its fourth edition now, and Kolkata’s Tariq Aziz Khan has taken home the victory this season.

Tariq gets to take home a whole bunch of Wrangler Denim gear and a shiny new Triumph Bonneville after a combination of the judge’s panel and readers’ votes was taken into to account, declaring him the winner. His seven-day journey was completed on a Royal Enfield Thunderbird and his experiences have been documented in the form of words, pictures and videos that can all be accessed at www.truewanderers.in . The runners-up for this year’s competition are Saquib Ahmad from Bengaluru and Sachin Sadashivan Nair from Mumbai.