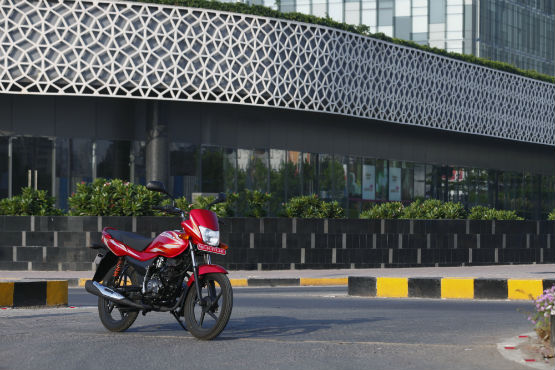 The latest 100-cc offering from Bajaj has been updated in line with their ambitious 2015 launch schedule. We swing a leg over it to find out how good it is

On paper, the ES comes in with a marginal increase of three cc and a 0.58 Nm hike in peak torque that comes in 500 RPM later than the outgoing KS version. However, that is not the complete picture. The new bike is based on a revised platform with the DTS-i engine that uses the two-valve SOHC set-up. The ES moniker refers to the electric start which is available as an option.

The Platina was a decent looking bike to begin with and design was purely functional and Spartan — typical commuter bike attributes. Aesthetically, the Platina ES retains the design cues from the older bike with minor changes to the side panels and the headlamp. Changes in styling come in the form of snazzier decals that go perfectly with the sharp paint work in black, blue and red options. Another upgrade comes in the form of the short stocky exhaust which employs the ExhausTEC chamber in the underbelly. Towards the rear, the grab-rails have been updated with a more fluidic contour. Standard equipment now includes the 17-inch five-spoke alloy rims in matte black finish. Although the company claims to offer the longest seat in its segment, the wheelbase has actually shrunk by 20 mm to 1,255 millimetres and ground clearance has been increased to 190 mm from the previous 163 mm. The new bike has also lost five kg over the outgoing version, thus bringing the kerb weight down to 108 kg. The one nit we had to pick with the Platina KS was the large gaps between the engine and the double-cradle frame which has been addressed on the new platform and the DTS-i engine sits snugly in the frame. Instrumentation cluster is a basic twin-dial set-up with an analogue readout of the vehicle speed on the left dial and fuel-gauge on the right. The right dial also incorporates the neutral indicator, turn signals and high beam indicator. 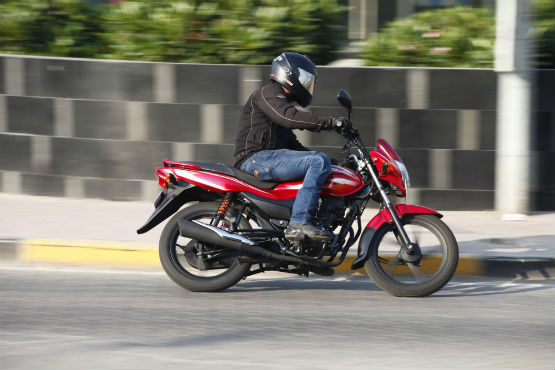