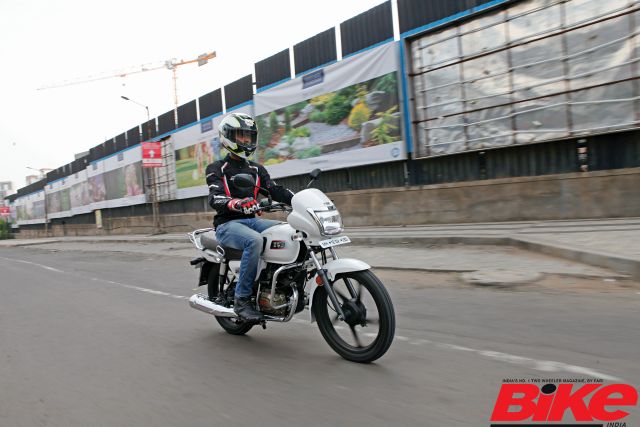 When the TVS Radeon applied for a job in the Indian commuter motorcycle space, we decided to see how it would fare in a proper interview. One with résumés, tests, and the like

Are you one of those people who name their motorcycles? Then, perhaps, you can relate when I say that I sometimes personify bikes. Intrigued? Think about it. In the world of motorcycles, a cruiser could be a laid-back person who is in no hurry to go anywhere while a rev-happy superbike could be a racer who is ready to push the limits to cross the line first. That said, what do you think about the TVS Radeon, the latest commuter from the south Indian manufacturer’s stable?

When I thought about it, an image of a well-dressed man with a laptop bag and a lunch-box crossed my mind first; a regional Clark Kent, if you will. That is when I realized that by doing a road test, I am conducting a job interview of sorts for the Radeon. Well, why not? We have its résumé on hand and it has been put through a test (literally), so let us see how it performed. 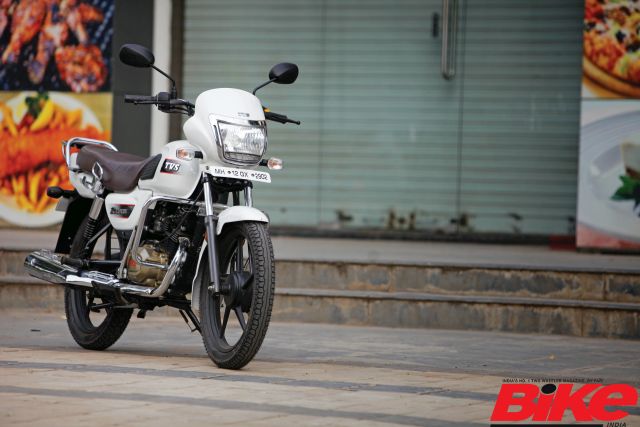 Round One: Styling
The moment you look at the Radeon, it does resemble the other candidates in its category. In fact, it does remind one of a popular contender from another Indian manufacturer; something that was pointed out by more than one motorist while I was riding the motorcycle in the city. 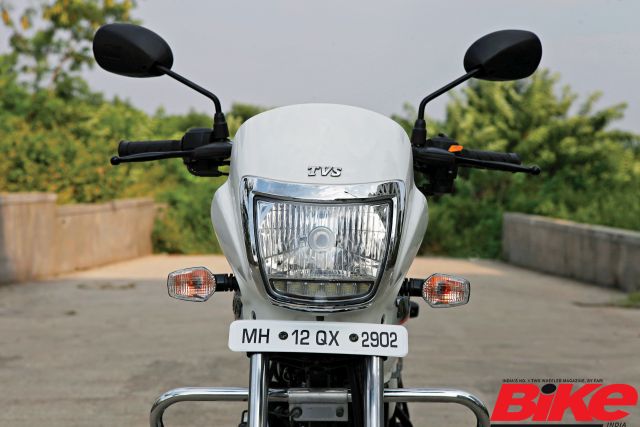 The headlamp bears a striking resemblance to the first-generation TVS Victor except with the addition of a DRL strip and chrome highlight. The fuel-tank boasts of contemporary graphics and tank pads on either side. The long, brown seat extends all the way to the small luggage rack at the tail and TVS have taken a good call by dousing the engine, underpinnings, and wheels of the motorcycle in black; complementing the overall “executive commuter” look. Interestingly, if you think the gold element on the engine casing does not gel with the motorcycle’s overall appearance, you will be surprised to know that a fair portion of the public we interacted with appreciated the Radeon’s design and styling. 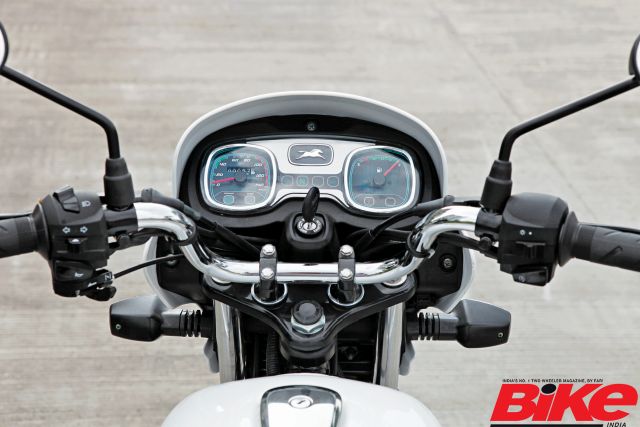 The instrument cluster features a simple design and is dominated by the speedometer and odometer on one side and the fuel-gauge on the other. Between them are four tell-tale lights and the new TVS emblem.

At the end of the first round, the Radeon has received a positive response with regard to its styling; from yours truly and random motorists alike. Safe to say that it has progressed through to the next round.

Round Two: Engine, Chassis and Suspension

After the brief “hello” and “tell me about yourself” it is time to leaf through the résumé that the Radeon has brought. 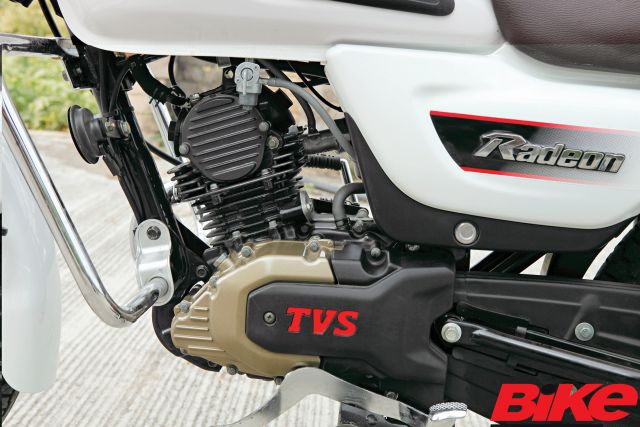 This graduate from TVS Motor Company is powered by the 109.7-cc, air-cooled, single-cylinder engine that also does duty in the TVS Star City+. It guarantees 8.4 PS at 7,000 rpm and a peak torque of 8.7 Nm at 5,000 rpm. The engine is a stressed member in a single-downtube cradle frame that is suspended at the front by a telescopic fork while pre-load adjustable twin shock-absorbers do duty at the rear. Stopping power is provided by drum brakes at the front (130-mm diameter) and rear (110-mm diameter).
I put down the file, satisfied with the Radeon’s credentials and reassured by the institution it has graduated from.

Round Three: Rider Triangle and Comfort 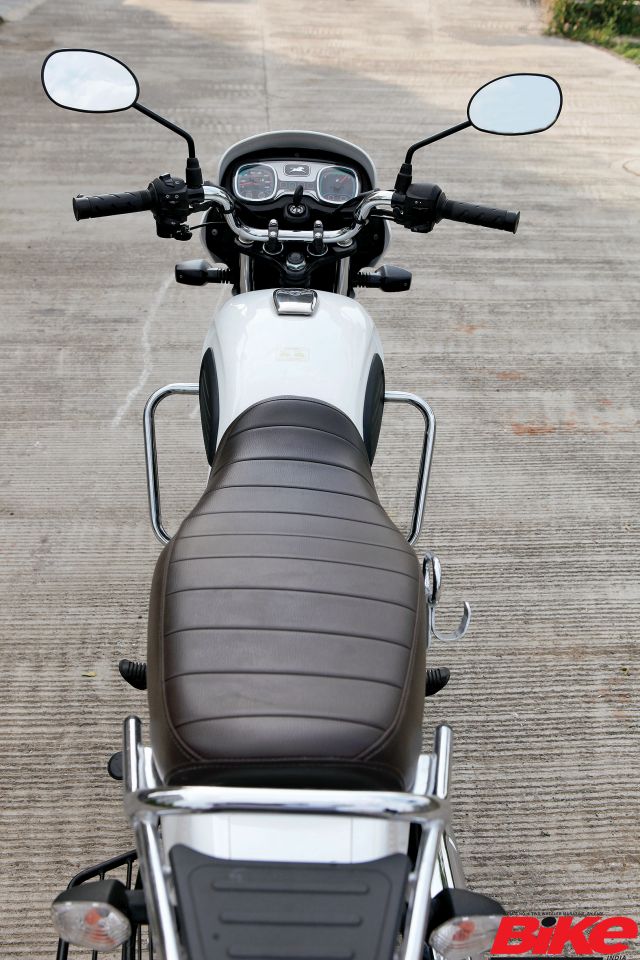 After the initial rounds, it is time to assess what the Radeon is like to work with. As a commuter, the motorcycle’s primary duty is to ferry its rider comfortably through city traffic and congested streets with the occasional highway jaunt.

With that in view, the riding position is one of the most comfortable I have experienced in a while. The single-piece handlebar and foot-pegs support an upright and relaxed riding position that is further supplemented by a well-cushioned seat. Vibrations are barely noticeable and creep in only when the motorcycle is ridden hard. After riding pillion for a while, I can assure you that the back seat is also a comfortable place to be.

The Radeon has ticked all the boxes once again and has made a strong case for itself. Now it is time to slap on some testing equipment and see how it fares.