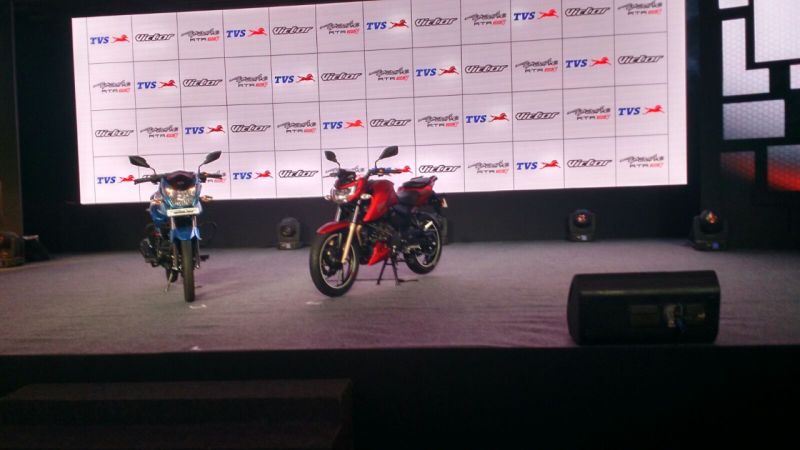 TVS have finally launched the bike that has been generating so much buzz off-late, their latest entrant into the sub-quarter-litre naked street segment in the form of the Apache RTR 200, and have also introduced reintroduced their famous commuter, the Victor, in a new avatar.

As the name suggests the Apache RTR 200 is powered by a 197.7-cc engine, only this time it features an oil-cooler and ram-air assist. This four-valve oversquare engine produces 20.5 PS at 8,500 RPM and 18.1 Nm of torque at 7,000 RPM and is paired to a five-speed transmission. TVS also claims that the Apache RTR 200 it reaches a 128 km/h top speed and clock 0-60 km/h in just 3.9 seconds. The Apache RTR 200 will also be available in an EFi (Electronic Fuel Injection) sporting avatar which will be sold both domestically and abroad.

Other changes include a new rear monoshock rear suspension, a double-barrel exhaust, a fully-digital speedometer with 0-60 km/h sprint timing and lap-time recorder, and Remora tubeless tyres with the option of Pirelli race-focused tyres as an optional extra. The Apache RTR 200 also retains TVS’ two-channel ABS with rear lift-off protection. All this comes in over and above a whole new approach to the design of the bike which incorporates more aggressive stylistic cues.

The Apache RTR 200 is available in six colour options, and costs Rs 88,990 for the carburetted model and Rs 1,03,990 for the fuel-injected one, with the Pirelli tyres (both ex-showroom, Delhi).

The second launch from TVS is the resurrection of their Victor commuter model. The new Victor sports a 110-cc engine producing 9.6 PS at 7,500 RPM and 9.4 Nm of torque at 6,000 RPM mated to a four-speed gearbox. The bike comes with an 8-litre tank and TVS claims a fuel efficiency figure of 76 km/l fuel from it. The bike has also been made a lot more stylish and contemporary than its previous iteration, with a new five-step adjustable oil-damped telescopic front suspension set-up, a wider seat, more powerful 50-Watt headlamps and restyled mirrors, and a new instrument cluster among other things. The Victor is available with front and rear drum brakes or a front disc, rear drum combination, and they are priced at Rs 49,490 and 51,490 (both ex-showroom, Delhi) respectively. 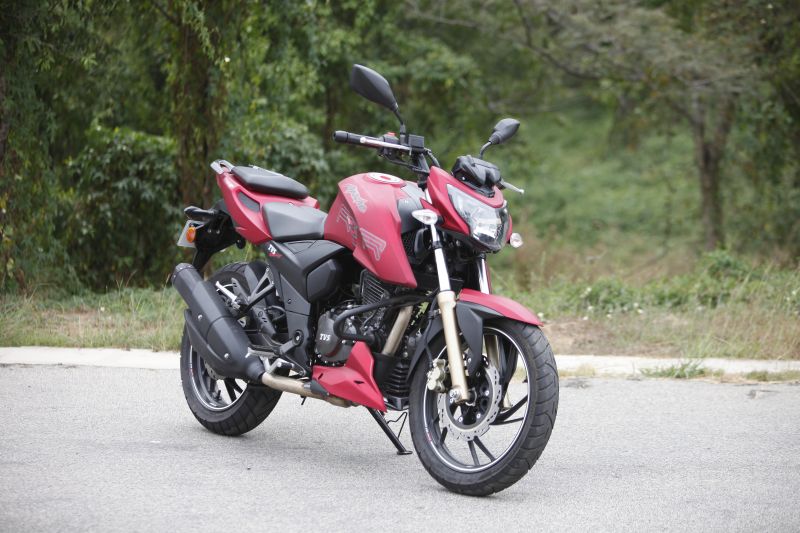 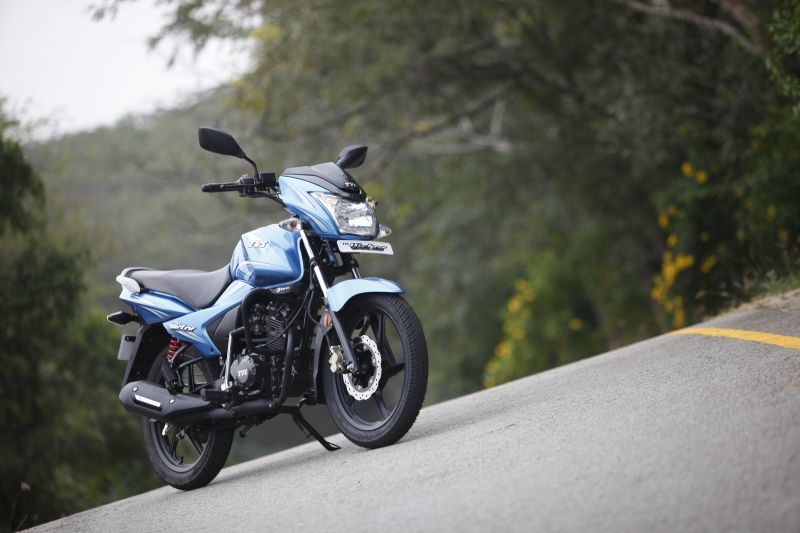