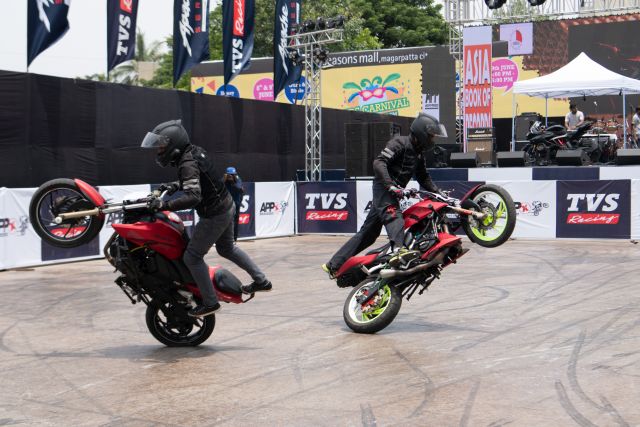 The teams were from Coimbatore, Bengaluru, Jaipur, Indore and Delhi. The event took off on a great note amidst a lot of cheering from the crowd. The huge digital clock ticked down the minutes as the crew continued to edge towards their goal. The audience were treated to special tricks like the Jesus Christ pose, pillion thrill-ride, 360-degree wheelie, synchronized flower burnout, suicide burnout and a mega burnout for the final event. 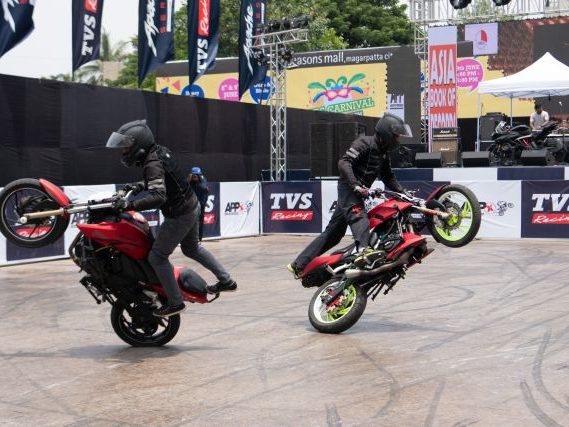 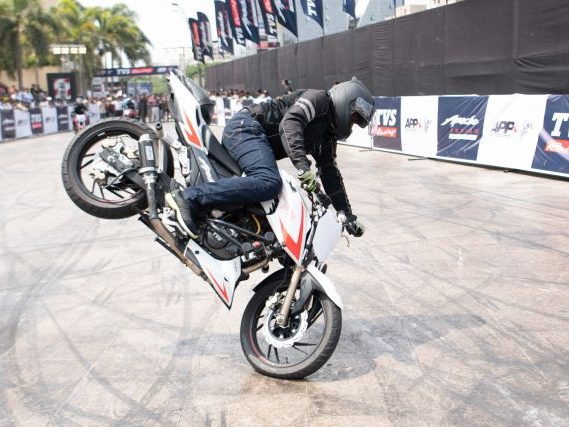 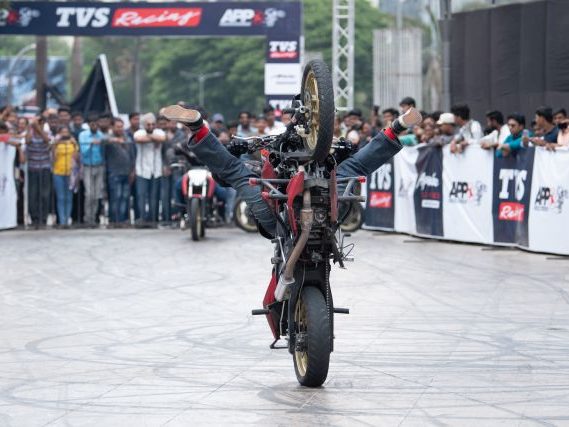 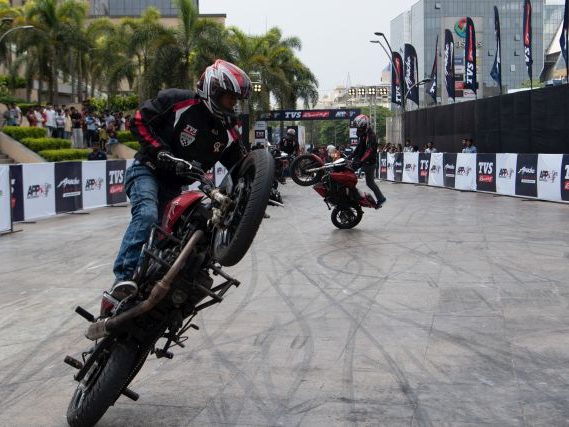 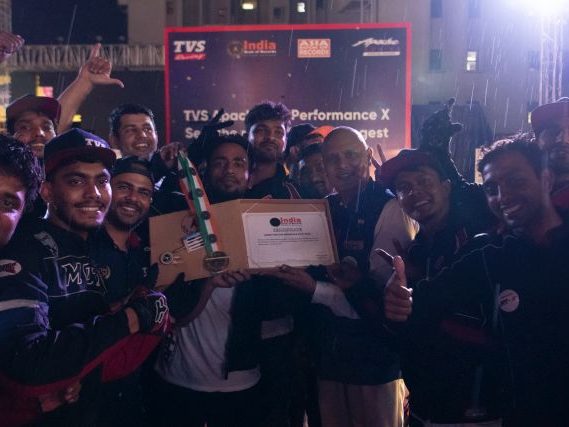 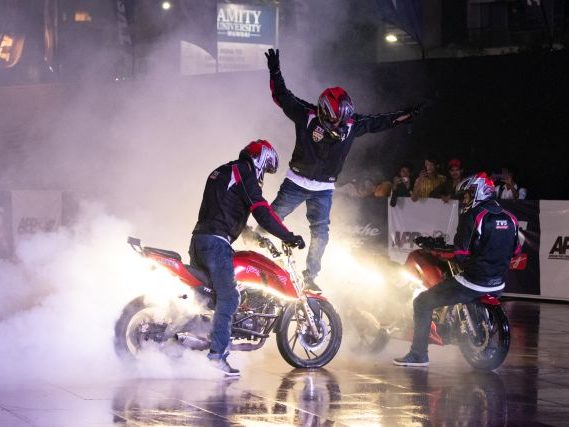 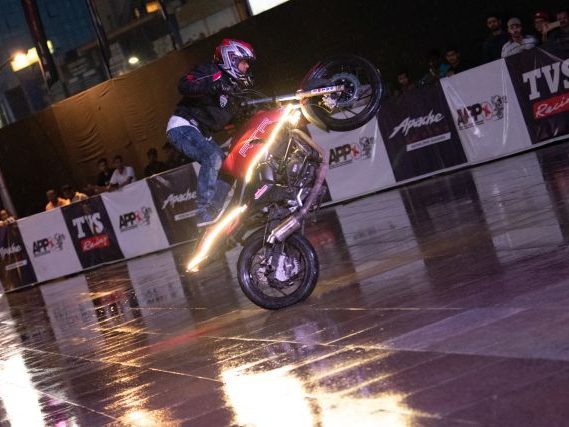 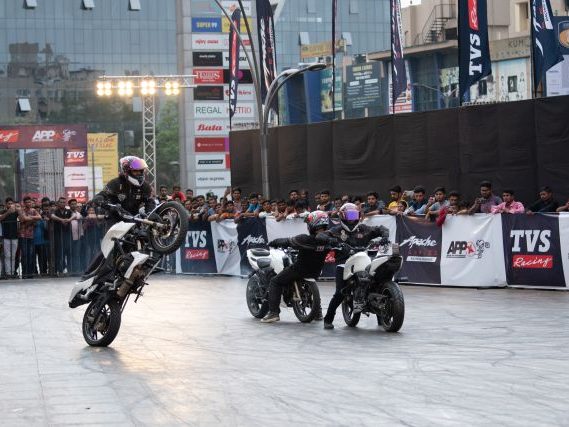 Towards the end of the event, it began raining but it was not enough to dampen the spirits of the riders and they continued to pull off stunt after stunt. A lot of credit also goes to the fans who continued to cheer the riders and helped them set the record. This achievement comes on the coat-tails of their previous outing in Chennai in 2017 where they entered the record books with a five-hour stunt marathon.