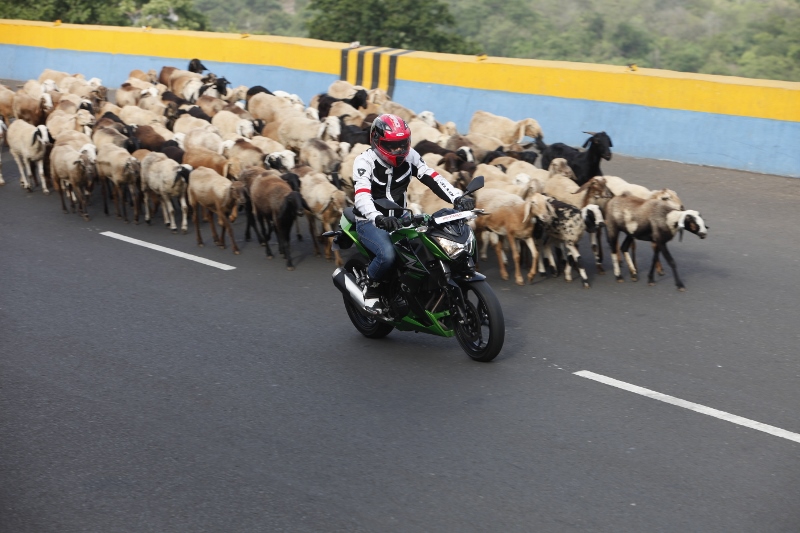 Does marketing affect what you buy and when you buy it? Does it affect your buying decision more than it should?

I don’t get marketing. I think it’s a blown-up, picture-perfect representation of something created to fulfil one maybe two purposes, and, barring a few creations, turns out to be rather mediocre. I read somewhere that a man spends Rs 200 for a Rs 100 item he needs, whereas a woman spends Rs 100 for a Rs 200 item she doesn’t need. While I risk sounding sexist, that’s something I read, and it made me wonder. Now, though, it seems that the flourishing online shopping portals have everyone transfixed into buying at Rs 200 a Rs 2,000 item (save 90%!) created for curling your leg-hair with a warm touch and a cool feel that most people will never really use. It’s crazy!

Then, you have marketing spiel from automakers. The new challenger in the market will deliver 99.9 km/litre! Are you sure? That’s a deep question. ‘Are you sure?’ asks if you can be guaranteed that it will indeed deliver over 99 km/litre as promised. That you have read the fine print at the bottom that says it was under test conditions. It asks if you are sure you even know what the test conditions are. If you’ve still answered ‘yes’, I can only assume that you weigh 68 kg, are travelling alone, over a decent road with no traffic or potholes, or any reason to disengage the clutch, have less than a quarter of a tankful of fuel, and will travel 100 kilometres a day at a constant 40 km/h in top gear, fourth, fifth, or sixth, as the case may be. If you do that – all of that – and have a good enough tail-wind, your spanking new ride may just deliver 99.9 km/l as promised. The keywords here are ‘may just’.

Over-promising is not uncommon. People do that all the time. “Oh, you’re in Mumbai today? I’m at Hyderabad airport heading there, I’ll see you in 10 minutes.” Well, you get the picture. I see a lot of people basing their decisions on the television commercials with the fat graphics that highlight one, maybe two redeeming features of an otherwise mediocre – even bland – bike. The worse thing is, they would then confide in three or four other exceptional morons who also base their theories, and create eight more of their own, based on the said TV advertisement. It’s fine to ask your friends and relatives, but do a quick background check yourself. ‘I bought it because he bought it, and his brother also bought it’ is not concrete evidence that whatever you’re zeroing in on is actually the bike you really need for yourself.

Where are the fact checkers? What happened to verifying fact? It’s not just about which bike to buy. It’s about which feels more powerful, which drinks less fuel or even which is a cleaner, more environment-friendly bike. You don’t have to be a university graduates from West Virginia to realise that your bike will emit more exhaust gases at 6,000 RPM than it would at idle. I think that is rather common sense, considering most people have passed seventh grade and progressed a bit further. Another thing is the little sticker warning you to not exceed 50 km/h during the running-in period. Fine. It’s a new bike. The engine needs to settle in. But 50 km/h? Some bikes do that in first gear! No one told you to not exceed 50 km/h in any particular gear, did they? Why?

Because those who designed the bike, those who constructed the bike, those who constructed the engine and those who were outsourced to produce the stickers don’t know what the other is doing and why they’re doing it, most of the time, anyway. The correct approach would be, like I’ve seen on some CBU models, to limit the RPM. Do not exceed 5,000 RPM for the first 500 km, then do not exceed 8,000 RPM for the next 500 km. By the time you’re done with 1,000 km, your bike is run in and ready for the full engine speed band. It just needs a little understanding, patience and commitment. That’s all. If people cared even one measly per cent (1%!) about understanding why things have to be a certain way, everything would be a little more different. Better, probably. Why, there are simple rules to follow. Instead of disregarding the rules because you think you’re cool, stop and think for one second why they’re there in the first place.

There are several things which promise a lot, but most of it depends on how you use it – how well you harness its abilities to make the best of what it was actually made for. There’s no sense in trying to set fast quarter-mile times with a 100-cc commuter, or trying to achieve a fuel-efficiency record with a 160-cc street-bike, especially one where most of its energy goes into lugging a massive rear tyre around. Everything is there for a reason, and it’s up to us to identify, understand and accept what we have to do to get the best out of what we have.

The bottom line: Always understand what it is that you need most. Test ride all the bikes you fancy that you think have what you need. Then after test-riding them all, filter the list. Your shortlist should not be more than two bikes. When it comes to one, or the other – or if your heart really wants one not on the list – pick the one that makes you happy. You can’t go wrong.