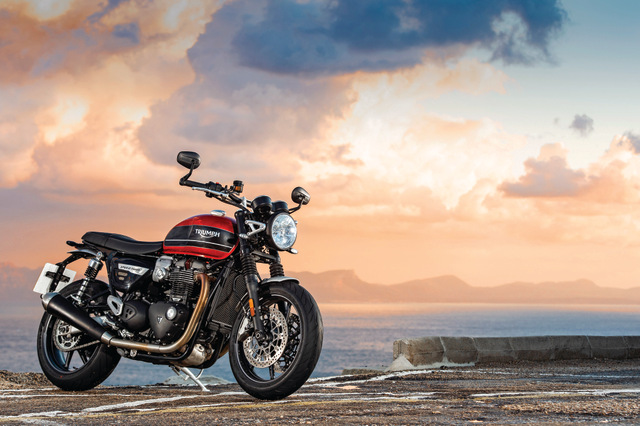 Triumph Motorcycles have resurrected an old, celebrated moniker from the late 1930s for their latest modern classic. We took it out for a spin around Mallorca to see if the fledgling lives up to the legend

Twenty-four hours of travel, followed by six hours of sleep, and a quick 15-minute breakfast later I stand in the parking lot of a resort in Mallorca, all geared up and ready to ride one special bike. In front of me is Triumph’s latest retro-styled roadster: the Speed Twin. Yep, the brand from Hinckley has yet another old-school, new-school bike that it is tossing into what is fast becoming a saturated market (mostly thanks to them). You might be mistaken into thinking that it’s only slightly different from one of its many Bonneville siblings and you wouldn’t be entirely wrong either.

For it is based on the same platform as the Thruxton and even receives the exact same engine in an identical state of tune to its café racer sibling. However, it isn’t just a minor change, re-badge hatchet job either, because the Speed Twin kind of looks and, more crucially, feels different. Different from both the Thruxton and its younger Street Twin sibling, even though there are plenty of similarities to pick up on. 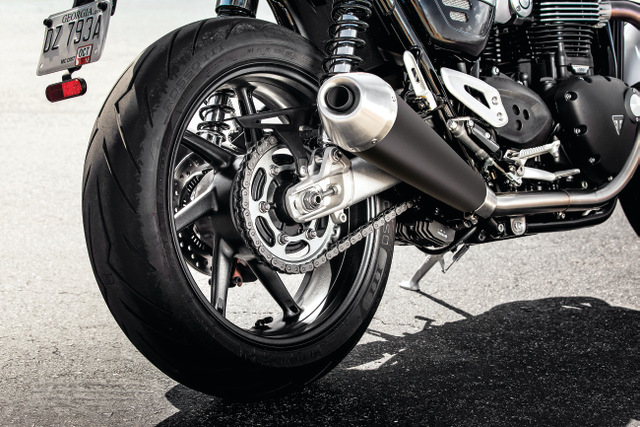 The overall silhouette, stance, and styling of the Speed Twin is all quite familiar if you have laid eyes on the Street Twin in the past. And everything from the shape of the tank to the headlamp bracket and the dual exhaust are all reminiscent of the Brit café racer. However, there are subtle and not-so-subtle differences that set the Speed Twin apart. The “megaphone” upswept exhausts are now blackened, the twin-pod instrument cluster has changed, and the Speed Twin sports different wheels, among other things. The familiar-looking tank holds 14.5 litres of juice and comes with this optional and quite unique hand-painted pinstripe paint job on the tank, at least on the bike we rode, and looks especially charming in the shade of bright red. 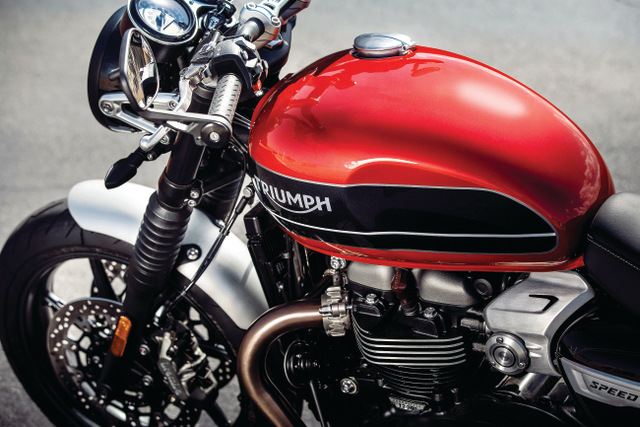