Bringing the fight to the hyper-naked streetfighter segment is the all-new Triumph Speed Triple 1200 RS. The bike has just been launched in India following its international launch and priced at Rs 16.95 lakh (ex-showroom). 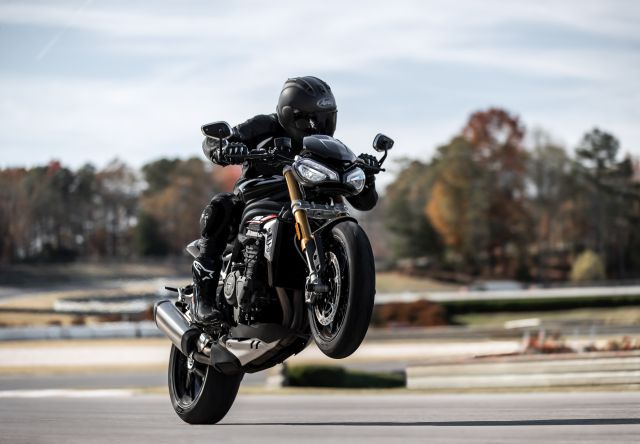 The British manufacturers have recently taken the wraps off the all-new Triumph Speed Triple 1200 RS which, they claim, is an absolute revolution in terms of Speed Triple power, performance, handling, and technology. This update was a long time coming as the previous model was launched in 2016 and had now become dated when compared to the modern hyper-naked motorcycles available in the market. 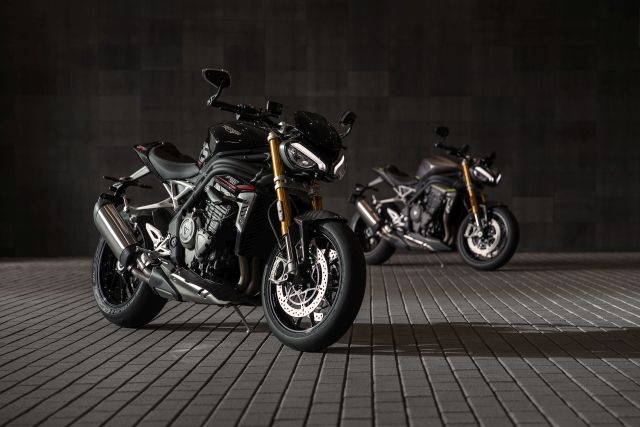 As we can see, the 2021 Triumph Speed Triple 1200 RS sports many design changes and this time it has drawn inspiration from the new Street Triple while retaining the muscular appeal of the Speed Triple. Triumph have also given the bike sleek new LED headlights and ditched the dual under-seat exhaust and used a single-exhaust layout just like the one seen on the Street Triple. With all these changes, Triumph have managed to shed a lot of excess weight. The bike gets an all-new cast aluminium frame (17 per cent lighter) with weight distribution that is further forward and lower down. With a wet weight of just 198 kilograms, the bike is now 10 kg lighter than the previous generation. 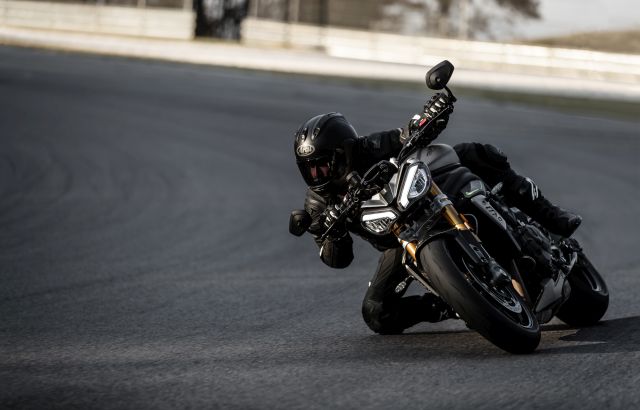 The new 1,160-cc, in-line three-cylinder motor has been developed with insight from Triumph’s Moto2 race engine and designed for enhanced performance and reduced mass, which makes the new engine lighter by seven kilos. Despite the capacity going up, the engine is more compact as compared to the previous Speed Triple powertrain. It now puts out a very impressive 180 hp at 10,750 rpm and a peak torque of 125 Nm at 9,000 rpm. This marks an increase of 30 hp and eight Nm as compared to the outgoing model. 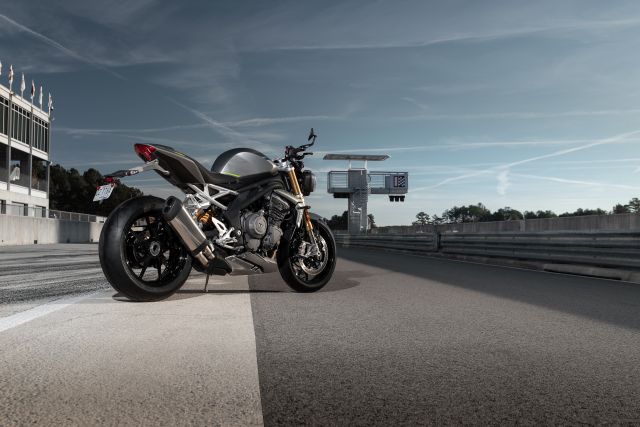 This engine, combined with the reduced weight of the all-new Speed Triple 1200 RS, delivers the highest power-to-weight ratio in the Speed Triple’s history. For 2021, the bike will be available only in the RS variant and offered with the option of two attractive colour schemes: Sapphire Black, with red and silver graphics, or Matt Silver Ice, with black, silver, and yellow graphics. There are also improvements in the riding position with slightly wider handlebars, foot-rests moved inwards, and an upgraded seat profile and construction. Suspension duties are handled by top-spec track components. At the front, the bike gets Öhlins NIX30 USD forks, adjustable for pre-load, rebound, and compression damping, while at the rear it makes use of an Öhlins TTX36 twin tube monoshock, also adjustable for preload, rebound, and compression damping. 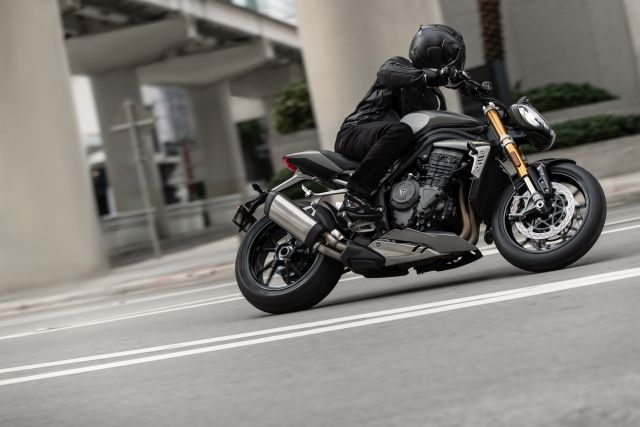 To offer the best stopping power, the braking hardware comprises Brembo Stylema radial monobloc front calipers, with lighter 320-mm front discs and, at the rear, a single Brembo twin-piston caliper. To give the rider greater confidence, the bike has been shod with Metzeler Racetec RR tyres which are Metzeler’s highest specification tyres approved for road use and equally capable on track. Triumph have also announced that the Pirelli Diablo Supercorsa SC2 tyre can be fitted to the bike as a factory-approved track option.

Like all motorcycles of the modern era, the new Speed Triple is equipped with a host of electronics and technology to enhance and offer a more engaging riding experience. The bike gets an all-new five-inch TFT instrument cluster, new up-and-down quickshifter, optimised cornering ABS, switchable cornering traction control (with IMU), five riding modes (including a Track mode), full keyless system, and the My Triumph Connectivity System fitted as standard. 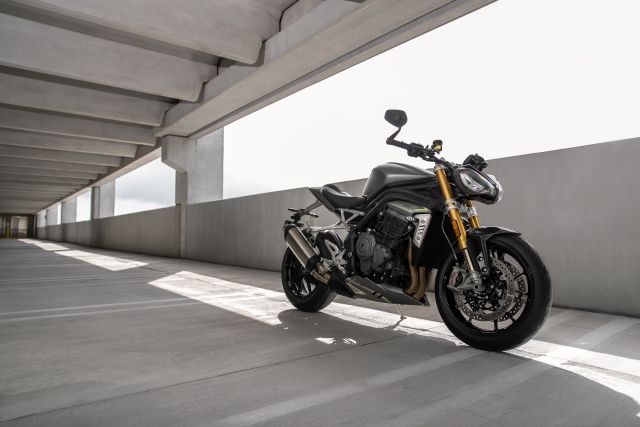 The new Speed Triple 1200 RS will be arriving at Triumph dealers towards the end of February. It goes directly up against the Ducati Streetfighter V4, KTM 1290 Super Duke R, and Kawasaki Z H2. We look forward to a ride on this new hyper-naked to tell you all about how it fares against its competitors.