On paper, the all-new Triumph Speed Triple 1200 RS has all the right ingredients for the perfect super-naked. So, to prove this, we jump onboard to put this claim to test on Indian roads. 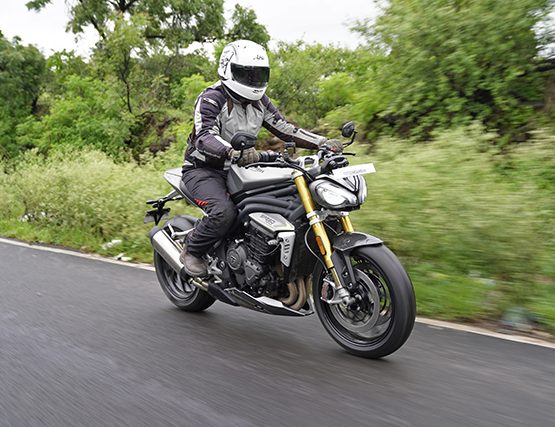 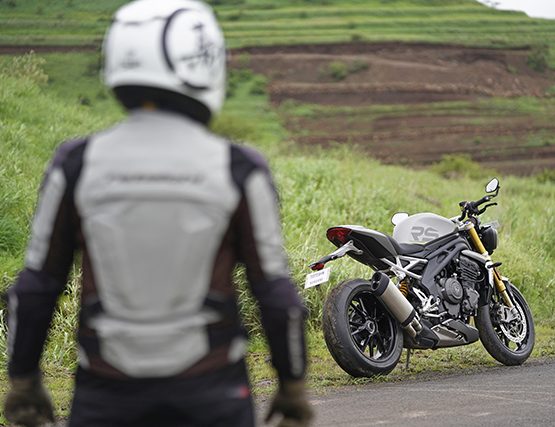 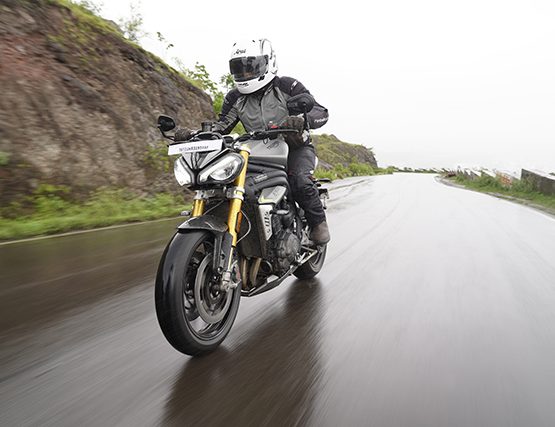 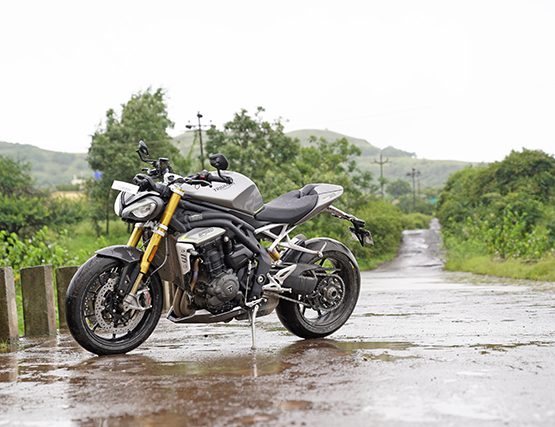 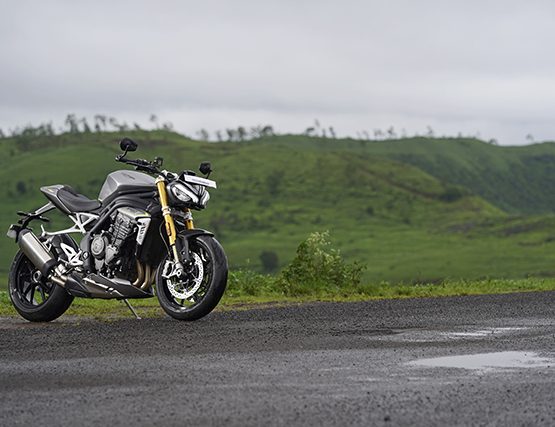 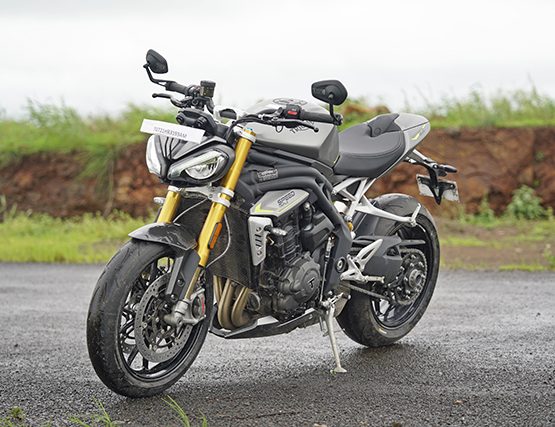 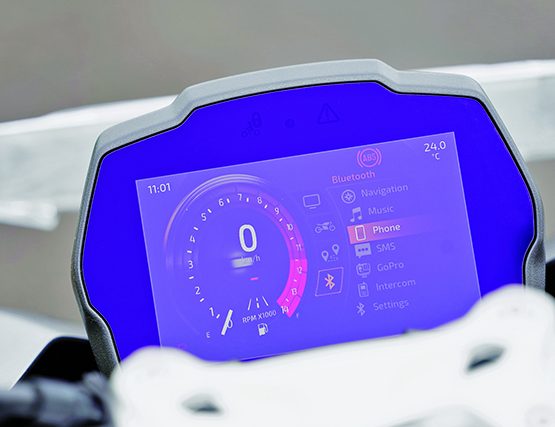 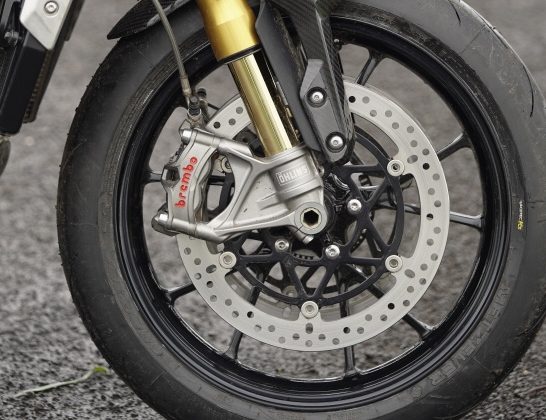 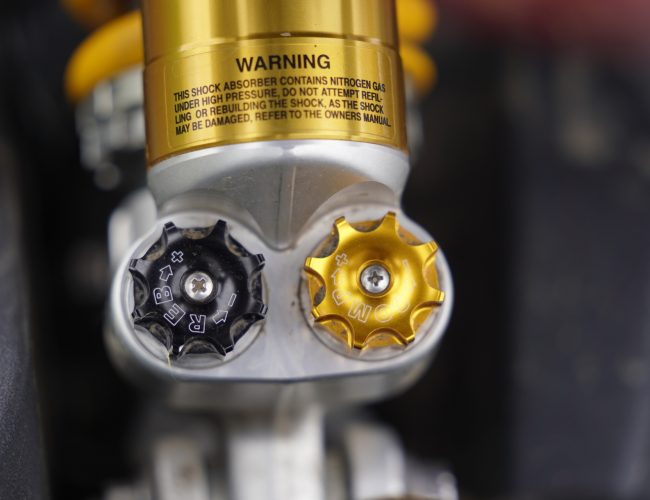 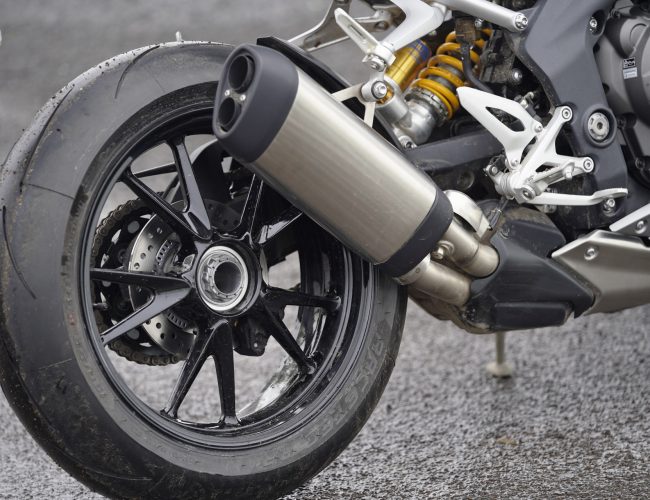 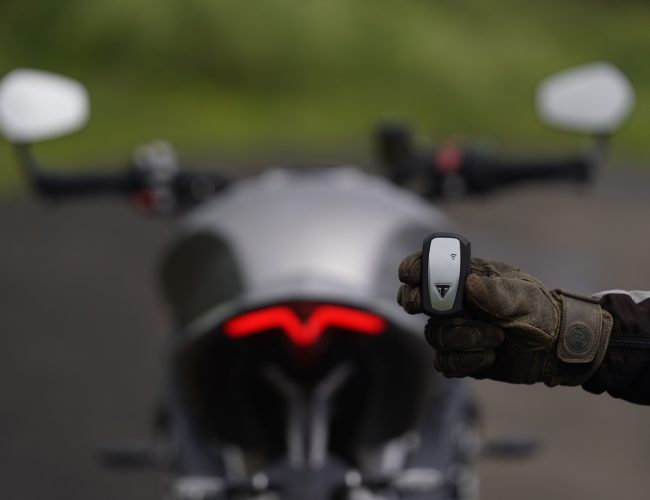 My first major encounter with the Speed Triple 1050 was riding with my friends from Bengaluru to Chikmagalur. At that time, memories of me riding the KTM 1290 Super Duke in Spain were still fresh and the difference between the two street-fighters was stark. The Triumph was a great road bike but the 1050 didn’t really offer a hair-raising experience like the KTM. But it seems like things are set to change with the new Speed Triple 1200 RS. This Rs 17-lakh (ex-showroom) all-new roadster has been on a high-protein diet, propelled by a more powerful engine, and boasts of a brand-new chassis, top-spec suspension, and gadgetry charms.

Triumph Speed Triple 1200 RS: Design
Even in terms of design, the 2021 model is extremely compact. The narrow LED headlamp takes inspiration from its younger sibling, the Street Triple RS. The bug-eyes give the 1200 RS a recognizable Speed Triple semblance, but with a modern touch. A major aesthetic alteration on the new bike is the conventional single exhaust system that replaces the high-mounted twin exhausts seen on the 1050. This not just reduces the bulk, but is one of the contributing factors that bring down the weight to an impressive 198 kilograms. Like the trendy single-sided swing-arm, the aluminium twin-spar chassis is a vital part of the muscular design and is 17 per cent lighter than that of its predecessor. And though the tail-tidy kit looks neat, the wide rear tyre has no inhibitions about spraying graffiti on your back.

Triumph Speed Triple 1200 RS: Rider’s Geometry
Swing a leg over and you’ll immediately notice the improved rider’s geometry. The handlebar is 13 millimetres wider, the seat at a comfortable 830 mm, and the foot-rests have been moved slightly inwards to carve out more cornering clearance while retaining the leg-room. The upright riding position and the much narrower profile offer great sense of control right away. The quality of cycle parts and the overall build quality is top-notch Hinckley level. Even the switches are backlit, so you know where’s what even when the sun goes down. An interesting new addition is the full keyless system, so you can turn on the ignition, lock the bike, and pop open the fuel filler cap without even bothering to take the key out of your pocket. (Also Read: Triumph Trident 660 Review)

Triumph Speed Triple 1200 RS: Engine
As the roads open up, I finally get a chance to play with the new engine. Compared to the previous 1050, the displacement of the triple has gone up to 1,160 cc, helping it to produce a tantalising 180 hp at 10,750 rpm and 125 Nm of twist at 9,000 rpm. That’s a solid jump of 30 hp and eight Nm over the older model and you simply can’t miss that while riding. The engine is lighter by seven kilos thanks to a new, free-breathing intake.

That’s why the motor feels so effortless as it climbs the rev-counter, delivering all the power you demand. Part of the cavalry are twin-tip spark-plugs and a new ignition system. To put all that power to the wheel, the Speed Triple 1200 RS comes equipped with a comprehensive suite of electronics, including a six-axis IMU assisted system with pre-set ride modes. Apart from this, there are two levels of ABS intervention as well, Road and Track, that are adjustable independent of the ride modes. Triumph’s ‘My Connectivity’ system also features standard equipment, offering turn-by-turn navigation and GoPro controls, and there’s cruise control too.

Triumph Speed Triple 1200 RS: Riding Modes
Since we shot this review when monsoon was at its peak, I went with the safest Rain mode to start with. But that makes the throttle response too dull, so I started altering the settings with help of the buttons on the right switchgear. The five-inch TFT display has an intuitive user interface and tinkering with the adjustments on the go is easy. The layout is minimalistic with a kind of fiery ball in the middle which looks nice. Press the menu button and the screen splits, giving you the options like rider’s aids and settings on the right. I toggled though the other three riding modes — Track was way too sensitive for my liking and Sport was thrilling but not for a wet tarmac. So, I rode mostly in the Road set-up.

Triumph Speed Triple 1200 RS: Performance
The power builds up smoothly and the throttle, even in Road, isn’t really jerky but does take a while to get familiar with. Once you get used to it, you can simply whack open the throttle fearlessly. That’s when you realise that apart from the looks and gizmos, the new Speed Triple 1200 RS is a huge leap from the older one and is a proper super-naked. The engine sounds a lot meaner and spins much quicker. On the occasional empty stretches as it revved past 7,000 rpm, power simply gushed in. The glorious induction roar practically begs you to take it on to a racetrack. Push it hard and the lighter engine seems so eager to flaunt what it can deliver. In and around the city, you just scrape the tip of the performance iceberg as it has so much more ammo packed in.

The 1200 RS has bucketloads of top end, with the engine revving a lot harder than before to almost 11,000 rpm. Another big improvement is the compact, new six-speed gearbox which boasts of a lighter clutch assembly and slicker shifting. Thanks to the assist and quickshifter function, I rarely felt the need to engage the clutch while clicking the gear up or down. Though the shifts are precise, they are not as light as on some of the Japanese bikes. And while fighting the chaotic city traffic, the wired clutch did feel heavy, making one wonder why Triumph didn’t offer a hydraulic system instead. It’s surprising, especially since you ordered the RS and expect nothing but the best.

Triumph Speed Triple 1200 RS: Ride and Handling
The top-notch, fully adjustable and track-ready Öhlins suspension can be tweaked to alter the handling that best suits the road surface or track. Compared to the 1050 I rode up the coffee plantation of Chikmagalur, the 1200 RS feels far more nimble, even on these less exciting rain-soaked roads. And this is despite the rake being stretched out by a degree and the trail by half an inch. Having shed valuable kilos, the more stable geometry and the improved riding position really do the trick.

Though not as sharp as the Austrian scalpel (read: KTM 790 Duke), the Speed Triple 1200 RS feels very natural around the bends. Its tapered front seat in combination with the shapely 15.5-litre fuel-tank offers solid anchoring during cornering and hard braking while the wide handlebar offers adequate leverage to muscle this super-naked around tricky corners. But on our pothole-ridden roads, the firmly set up suspension comes across as rather stiff and unyielding in the standard settings. The other challenge is that a section of the frame near the engine gets extremely hot and your knees are constantly in contact with it, which makes it very uncomfortable. Because of these two shortcomings, the journey back home from the favourite weekend riding road can be truly unforgiving for some.

But that’s just a small dampener. I really like the V-spoke design of the light weight cast aluminium wheels and the sticky Metzeler Racetec RR tyres that deliver impressive grip even on wet roads. You also get a top-spec and adjustable brake lever combined with monobloc Stylema calipers and a new rear disc with Brembo caliper. Braking is spectacular to say the least. This is backed by tech like lean-sensitive traction control and cornering ABS. This safety kit really comes in handy, especially while riding on winding roads with oncoming unruly traffic and their daredevil overtaking manoeuvres.

Conclusion
If you’re ready to indulge yourself for Rs 17 lakh, then this is a worthy contender. You get a modern and exciting bike which is truly worthy of the “Speed Triple” badge. Being 10 kg lighter and having 30 hp more to offer, the 1200 RS has an impressive power-to-weight ratio. If you are a fan of the British marque, then there’s little reason not to own the ‘lightest and best handling Speed Triple’ ever.