The 2020 Triumph Street Triple R has been launched in India for Rs 8.84 lakh (ex-showroom). The bike is a replacement for the discontinued S model in India. 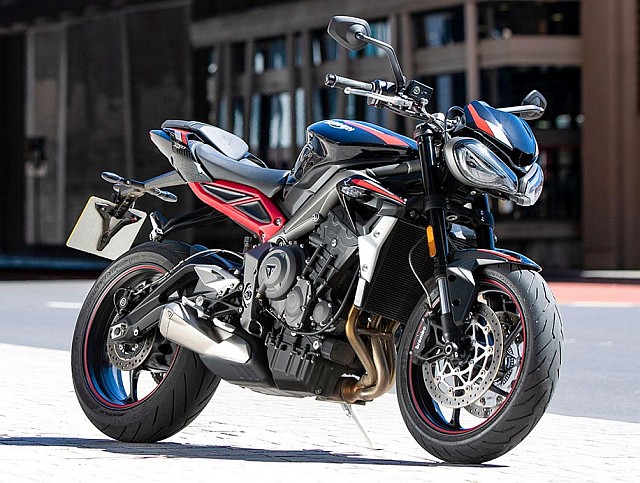 The Street Triple range from Triumph consists of the S (base), R (mid) and RS (top-spec) variants. On sale in India until a while ago, were the S and the RS models, out of which the S was discontinued for 2020. The Street Triple R comes in at an aggressive price tag and makes it the cheapest Triple from Triumph in India. The earlier S model which we got in India was priced at around Rs 9.20 lakh. The launch of the R model will allow the manufacturers to offer the Triple to a wider audience as the top-spec RS variant they currently sell is priced at Rs 11.13 lakh (ex-showroom).

When it comes to the design of the 2020 Triumph Street Triple R, the bike is almost identical to RS which sports new LED headlights and redesigned body panels. The R is distinguishable by the red subframe and R badging with a few red stickers. The R will be sold with an option of two colours – Sapphire Black and Matt Silver Ice. 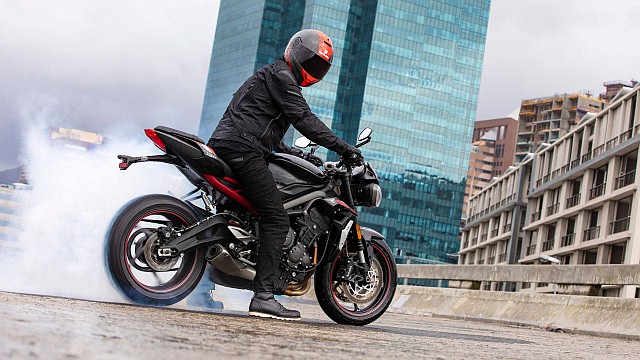 The 765-cc, liquid-cooled, in-line three-cylinder engine in the RS makes 123 hp at 11,700 rpm and a peak torque of 77 Nm at 10,800 rpm. The same engine on the Triumph Street Triple R is tuned to deliver 118 hp at 12,000 rpm 79 Nm at 9,350 rpm. This indicates a drop of 5 hp in the power figures and there is also a very slight difference in the rpm at the power and torque peak on both the bikes. The R also gets the Triumph Shift Assist (up and down quickshifter) seen on the RS.

The RS gets the highest-specification cycle parts and in comparison, the R gets slightly lower spec suspension and braking components. For example, the R gets Showa suspension at the front and the rear, while the RS gets a top-spec Ohlins rear suspension. Even the tyres are different on both the bikes where the RS gets more track-focused rubber. The R also misses out on the 5-inch TFT screen and gets an LCD multi-functional display instead. It also gets 3 riding modes compared to the 5 on the RS. The R is also 2 kg heavier than the RS with a dry-weight of 168 kg.

The Street Triple R will go up directly against the KTM 790 Duke that will also be launching with a BS6-compliant engine soon.