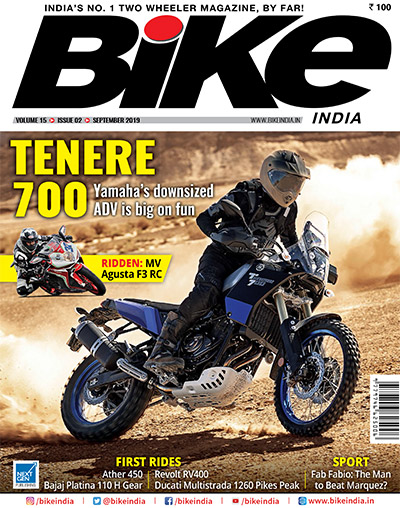 No Light at the End of the Tunnel

The Indian automobile industry is going through one of the toughest times. The sales figures are sliding month on month and there is no solution in sight; if anything, things are only going to get more difficult with the implementation of Bharat Stage VI norms coming into force from next year. All the new two-wheelers will become more expensive once they are upgraded to BS VI specifications.

For the last one year, the sales of two wheelers have been sliding and the government has done nothing to arrest this decline.

The new hefty traffic fines are meant to deter traffic violators, but, at the same time, this will lead to an increase in the rate of chai-pani. I would like to know what the hike in the fine is for two-wheeler riders riding triple seat or a mother and father riding with a child or infant in their arms and if they will even be fined. Just outside my office there are two policemen posted at the crossroads waiting to catch people breaking the signal and that is very good, but, at the same time, there are two-wheelers zipping up and down on the wrong side of the road to which the policemen turn a blind eye. I think this is as big an offence, if not bigger, than running a traffic light.