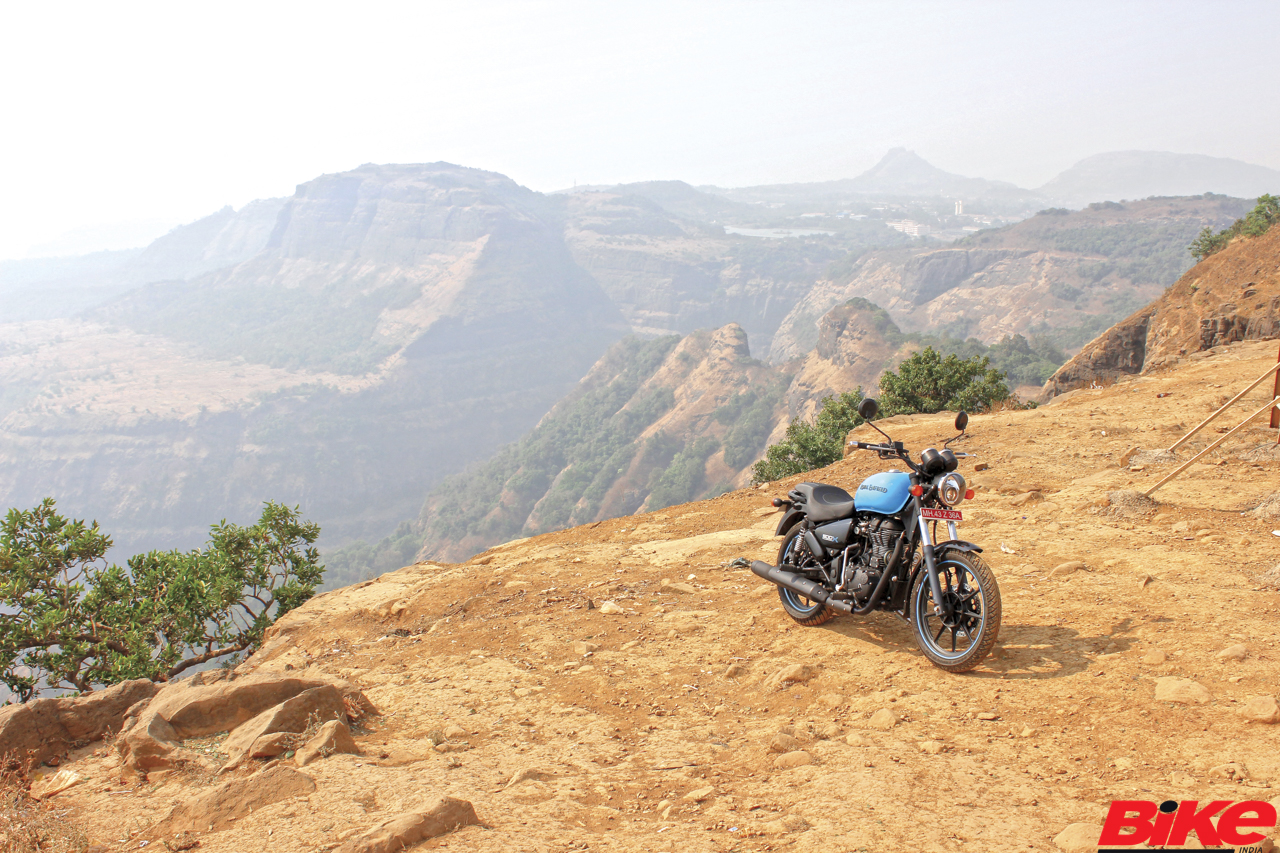 Royal Enfield have begun exploring a new avenue with the Thunderbird X. Are the changes enough to make it a success?

The Thunderbird is one of the most iconic motorcycles in Royal Enfield’s portfolio. As time flew, the brand attracted more admirers as well as loyal followers. Well-timed updates saw the Thunderbird work its charm on the younger generation as well. This year, Royal Enfield are back with a rather loud update. Loud visually, not aurally. The recently launched rebel machine definitely catches the eye, but is it more than just a hot mod? We went on a short trip towards the hills near Pune to find out. 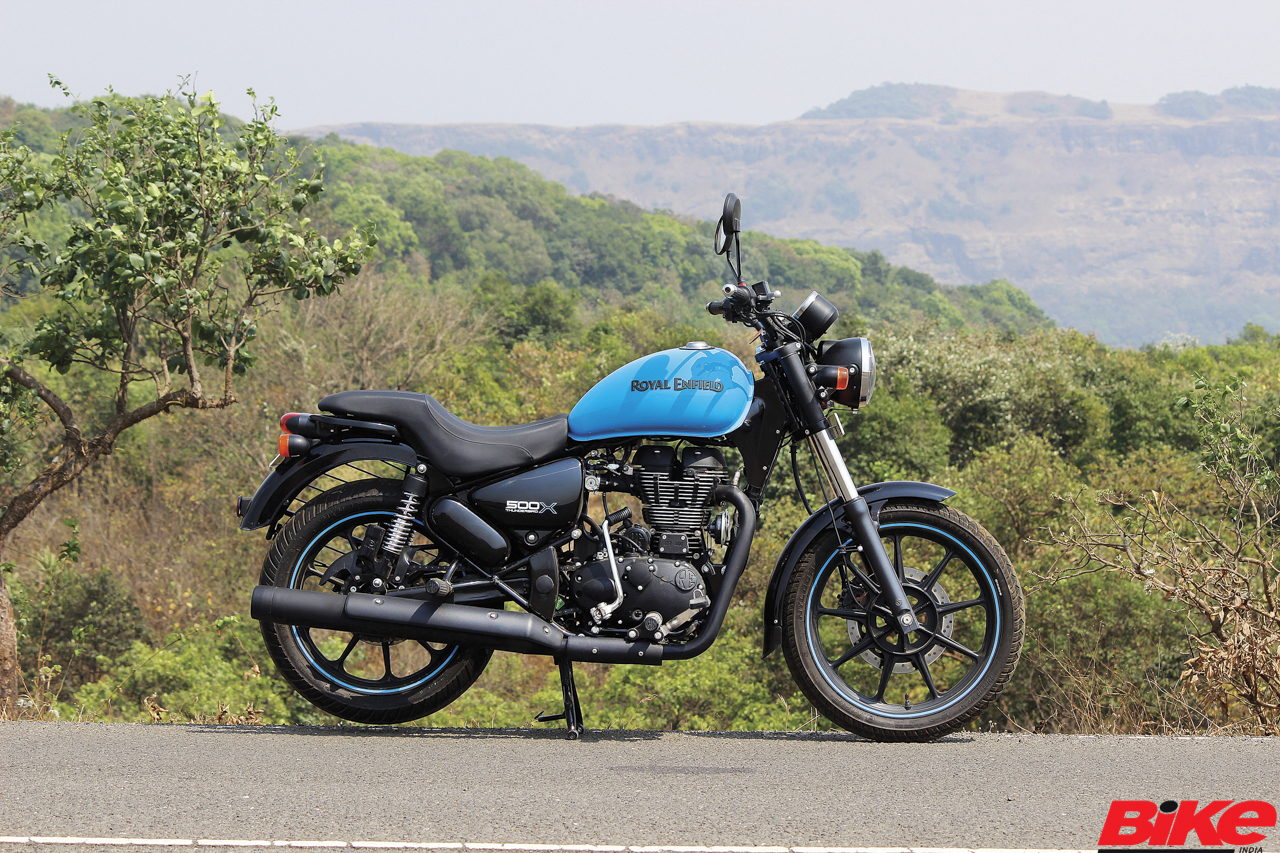 The Thunderbird 500X caused a lot of heads to turn with its almost heretic blue hue. The fuel tank was a solid candy colour. This bold choice of colour is also seen on the wheel stripes and on the “X” badging on the side-panels. The rest of the motorcycle is painted black. For the first time, Royal Enfield have chosen to do away with the traditional spoked wheels, opting for black alloys with tubeless tyres instead. Other changes include a new handlebar and a single-piece seat. 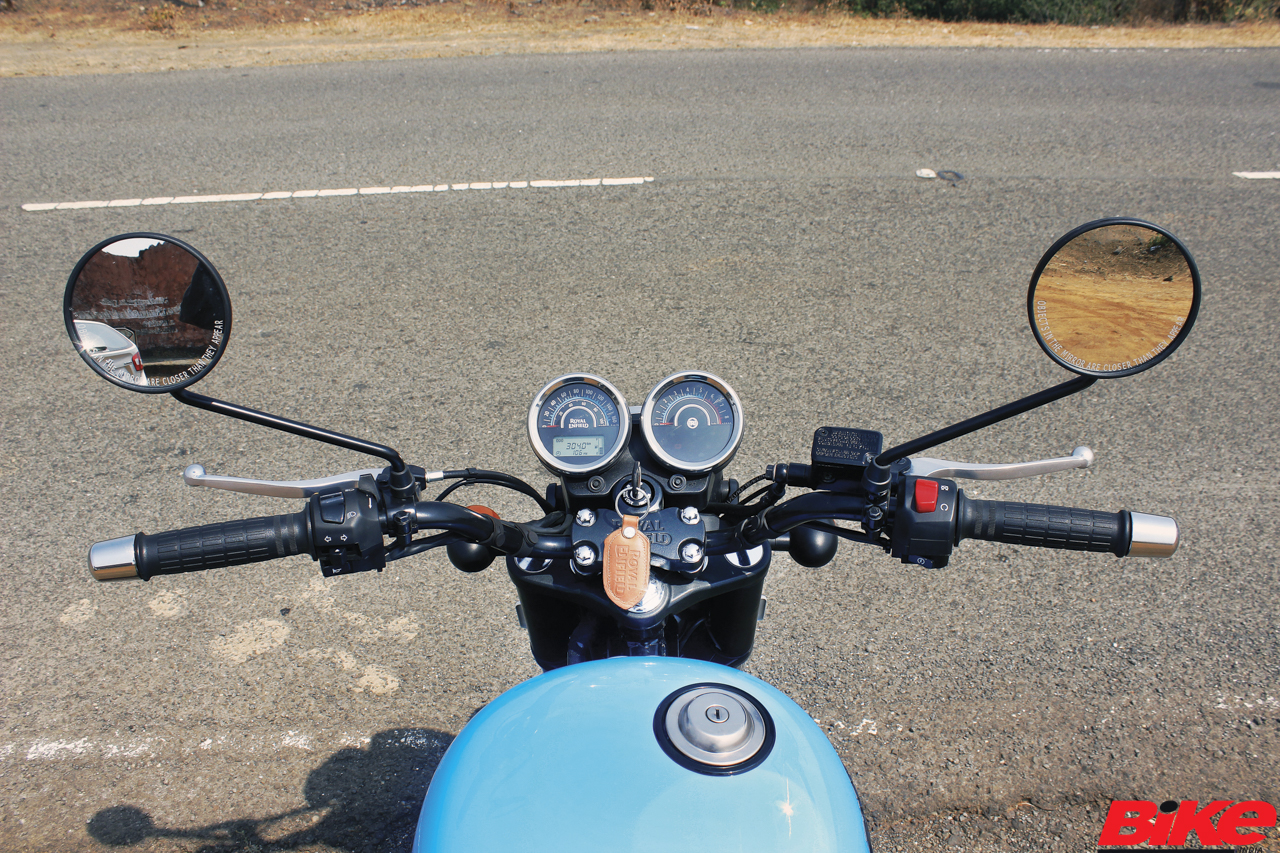 Riders will continue to be greeted by the same instrument cluster as on the standard model which Royal Enfield should have livened up with some colour or changed altogether. The wide single-piece handlebar is new but the switchgear remains unchanged. Unlike the standard motorcycle, this one has round mirrors like the Himalayan. Mechanically, there are no changes to the motorcycle and it continues to be powered by the same air-cooled single-cylinder 499-cc engine as the usual Thunderbird 500. The engine is mated to the same five-speed gearbox. The frame, suspension, and braking equipment are also identical to the standard model. What has changed then? That is precisely what we are going to find out. 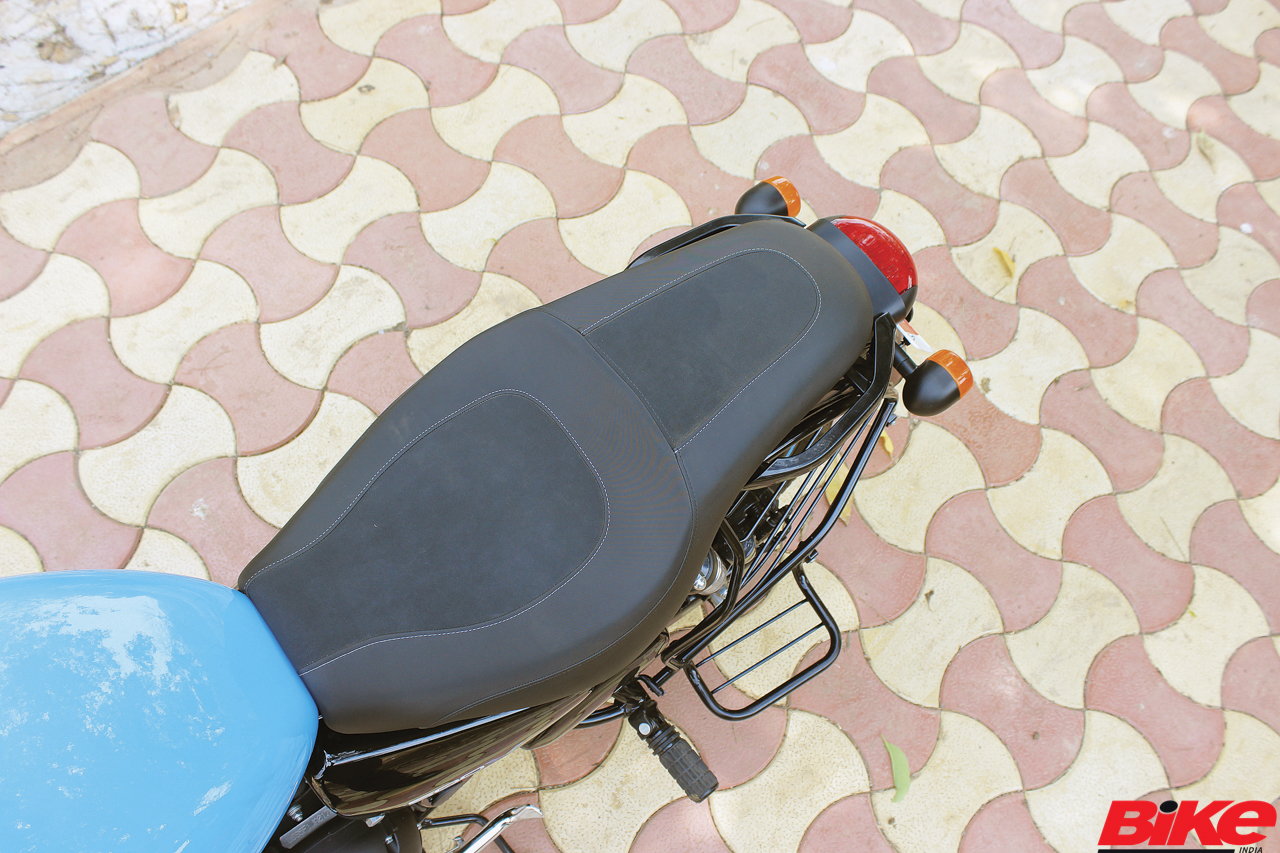 Once I was done ogling at the motorcycle, I swung a leg over it and settled into the contoured saddle. The new single-piece seat is remarkably comfortable and roomy, ideal for long-distance cruising. For a lanky fellow like myself, the newly positioned handlebar was perfect. It let me maintain enough slack in my arms without having to compromise on my comfortable position in the saddle. The riding position is slightly leant forward but complements the motorcycle’s cruiser character and was never an issue on my 150-km-long ride that comprised ample stretches of the highway, twisties, and bad roads.

At five-foot-eight, my colleague, Saurabh, did not have any complaints about the seating position either. Tall riders can fit into the contour of the rider’s seat and reach the bars comfortably. Evidently, shorter riders have to sit slightly further ahead, but it does not compromise on comfort or handling. Having ridden pillion for a while, he confirmed that pillion seat comfort is nowhere near as good as on the standard model. Also, the grab-rail with back-rest has now been replaced with an under-seat grab-rail.