Royal Enfield held the 16th edition of Rider Mania in Goa from 22 to 24 November. The festival has surely come a long way and the madness intensifies with each passing year 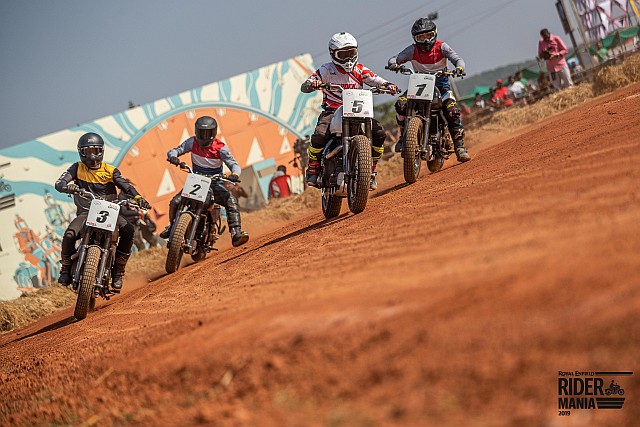 Reaching Goa a day before the event gave me an idea of what fun was in store for the next three days. The streets of Goa were packed with Royal Enfield riders alongside their motorcycles at every corner. The spirit of biking brotherhood came to life with different groups of bikers revving their motorcycles and arriving in Goa, all excited for the next three days. Upon my arrival, Royal Enfield were kind to lend me a Himalayan that I would be using to ride around in Goa. This year, the Rider Mania witnessed the highest participation with more than 8,000 people attending the festival. 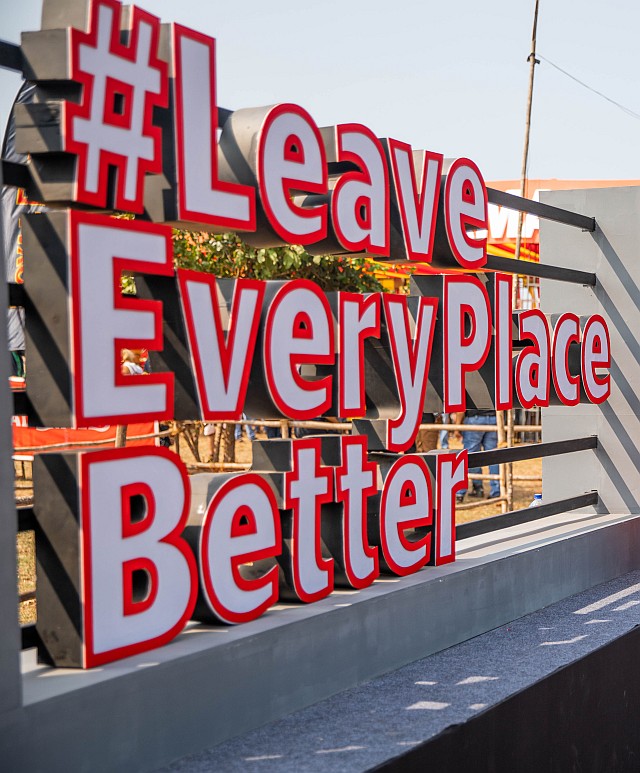 The first day was all about the participants getting acquainted with the festival venue to analyse their favourite spots to be at. An announcement was ready to be made by the CEO of Royal Enfield with a bike under wraps on the stage, gaining the entire crowd’s attention. He spoke about the initiative on #LeaveEveryPlaceBetter which is their small way of saving the environment and spreading awareness about the same. The participants were all given a metal sipper bottle at the time of registration to promote the elimination of single-use plastic bottles.

The crowd cheered on and eagerly waited for the main announcement of the day. The bike on the stage was unveiled and it was one badass-looking Himalayan, all ready for the Flat Track. They call it the “Himalayan FT 411” and it is going to be used in India’s first-ever riding school, “Slide School”. This initiative was highly needed in India because the Flat Track form of riding has never gained any traction here. The “Slide School” will teach interested riders the art of Flat Track riding and the first leg of this school will take place at the Big Rock Dirt Park on the outskirts of Bengaluru.

The Himalayan FT 411 sports many modifications as compared to the road-legal motorcycle. The front end has been stripped down and fitted with a plate that gets a racing number on it. The rear part of the bike gets a new seat and bodywork, making it look ever ready for the Flat Track. It also gets a performance exhaust system from S&S. Both the front and the rear end get 18-inch wheels that sport Timsun tubeless tyres. The chassis and the tank remain the same, although the modifications have led to the bike losing almost 30 kg of weight. 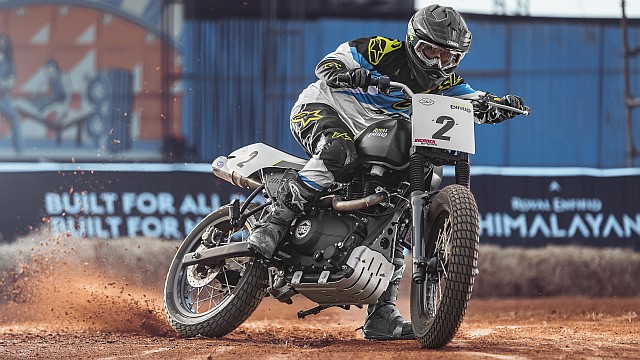 Royal Enfield had organized a dirt-track race just for the media personnel this time at Rider Mania. This was exciting to know, having seen the dirt-track races on the first day. There were 11 of us journalists, all ready for the race. Being my first race ever, my morning started with the pre-race jitters kicking in. We were all handed a Himalayan at the track that was modified into a dirt bike for the race. A walk around the track gave me a good idea of the conditions we would be racing in. Being around some senior journalists who were also taking part in the race was quite intimidating.

We then got two sighting laps where we were able to get better acquainted with the track and understand our bikes. We lined up, all ready for the race, which was the first one of the day. The gates dropped and the first thing I got to see was mud being kicked up on to my helmet visor with the others all fighting for the holeshot. It was a bad start to my race but that didn’t stop me from having some fun in the dirt. Things cleared out after the first corner and riders were spread out to give me a chance to ride the bike harder. I was then lucky to be able to gain a few positions by concentrating on finding the best lines with the best grip around the dirt-track. The race had some falls due to the wet and slippery conditions of the track. I got caught up in the battle for fourth place, but the chequered flag was up and the race was over with me finishing in fifth place.

The race was a great experience and gave me a good idea of how dirt-track racing works and where I went wrong. Thanks to Royal Enfield for giving us this opportunity to get a hands-on experience of the dirt-track, which was one of the highlights of the festival. 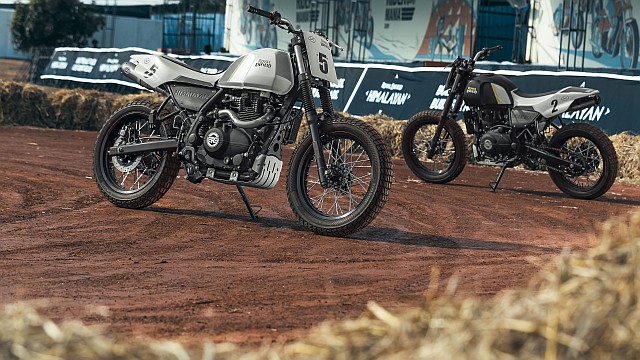 The final day was relaxed for everyone as it was a hot and lazy Sunday in Goa. This enabled me to walk around the festival and explore what I hadn’t already got a chance to. Something that caught a lot of eyes for all three days at the festival was the custom bike builds that were showcased. Various custom builders had taken upon the task of delivering some unique Royal Enfield builds for display at the festival. The custom builders were enthusiastic as they interacted with the crowd interested in their motorcycles. Some of them also announced that their builds were available as kits for purchase.

The other activities at the festival included fun stuff such as beer drinking competitions, football on motorbikes, riding through obstacle courses, slow races, and much more. This encouraged and kept up the spirit of the bikers at the festival. All the three nights ended with the best of music, food, and beer. The energy levels were high throughout and the festival ended with a bang. We can’t wait to attend Rider Mania next year. 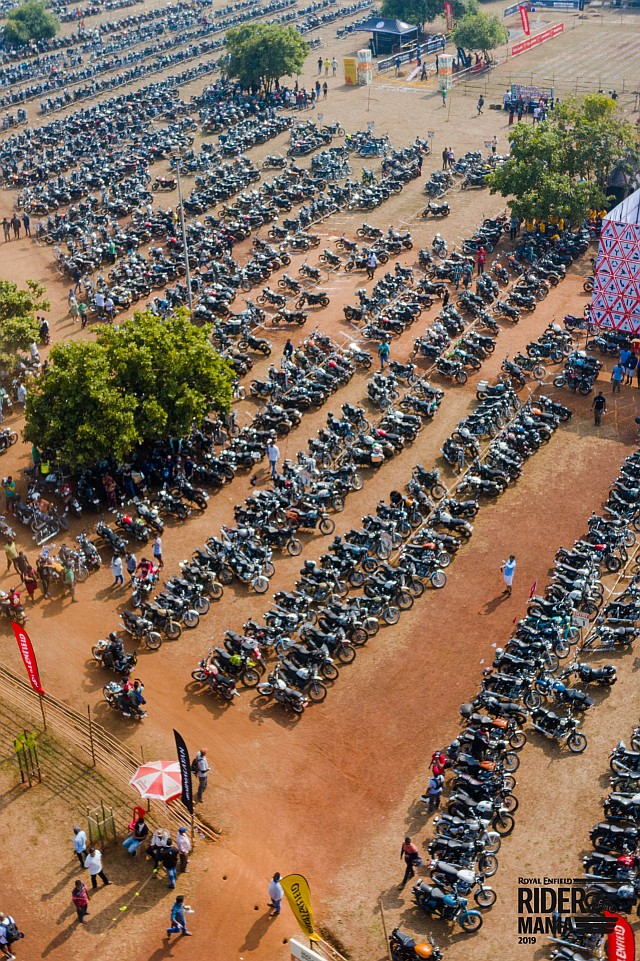