Is the Royal Enfield Meteor set to make a comeback? The Meteor used to sell way back in 1950. 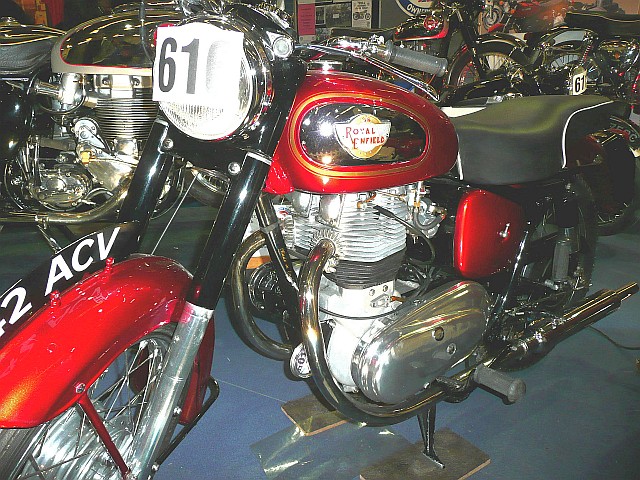 Royal Enfield, not so long ago, launched the Interceptor 650 and the Continental GT 650 and what drives the crowd to these machines is the attractive price point they are being offered at. The Royal Enfield Meteor was a bike from the classic bike manufacturer which was sold in 1950 in the USA. The Meteor was then discontinued and followed by the Super Meteor after six years, and, finally, in 1962, that model made way for the Interceptor.

Royal Enfield plans to reintroduce the Meteor moniker from their history of models making it a more affordable 650-cc bike than the new twins from the manufacturer. This bike might be more on the lines of a Bullet 650. An application has been sent out by Royal Enfield to the European Trademark Rights to get permission for the name “Royal Enfield Meteor”. The brand will also be launching new gear for riders under this title. Interestingly, in India, the manufacturer has gained rights to the name “Meteor” back in 2002.

It is believed that Royal Enfield are trying to make a return of their bobber-styled motorcycles with the introduction of the Meteor. The concept KX, which was displayed at the 2018 EICMA show in Milan, Italy, was not intended for production anytime soon, but Royal Enfield may just work with the Concept KX and give it the new 650-cc engine. The old Meteor was powered by a 700-cc parallel-twin engine and was the predecessor to the Interceptor.

With this move, Royal Enfield may have a new entry-level 650-cc motorcycle which will probably have a detuned engine to go with its retro styling and mainly, the Meteor will have an even more attractive price point than the Interceptor 650 and Continental GT 650.

To get all the details about Interceptor 650 and the Continental GT 650 click here.