The all-new Royal Enfield Meteor 350 has settled into the Bike India garage. 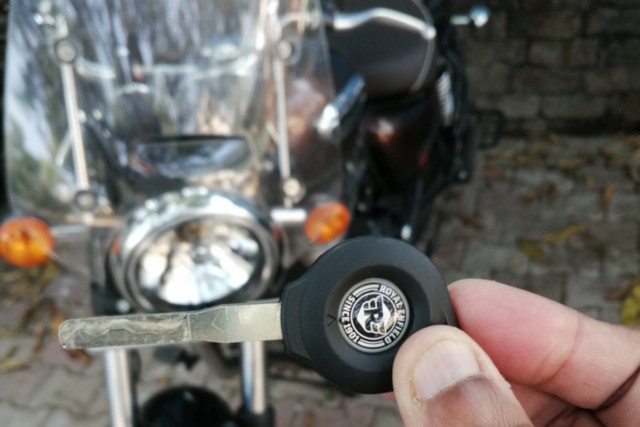 In a totally unseen move, the key to the new Meteor was handed over to me – the owner of a 2005 Thunderbird A350 with its Green Tax being sorted as you read this. I’d began saving up for a Lightning 535 at the turn of the millennium. However, by the time I’d managed half that, the cast-iron cruiser was confined to history and the T’Bird arrived. I didn’t hesitate. Although, I confess, I was waiting for an “Eliminator 180 DTS-i” which took far too long for my patience. I liked the riding position, but found it a bit too far-reaching. 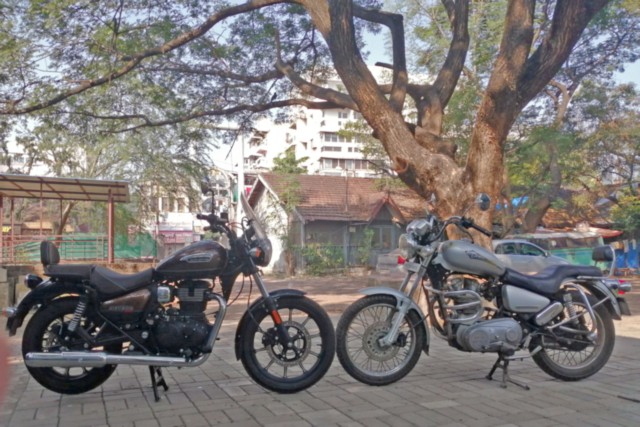 The new Meteor 350, then, puts the best of both together. I get a Royal Enfield cruiser with a feet-forward – well, slightly more than my T’Bird – and easy reach bars. I love the riding position and the refinement. It’s just as good as I’d like a cruiser to be with strong bottom-end performance and a lot of muscle through the rev-range as well. The engine is all-new and feels very different to the 70×90-mm 346-cc AVL aluminium unit I’ve become accustomed to. Yet, the beat remains. The distinct engine note at idle is reminiscent of what Royal Enfield are famous for.

The only gripe I have isn’t with the bike, to be fair, it’s the infrastructure. With the several dozen speed-breakers on my usual commute, the stiff-ish set-up makes it a great handler, but also makes it quite taxing with some heavy landing over some particularly ghastly speed-breakers. However, I’m partly to blame for that – I don’t like slowing down that much and getting on the gas again. More momentum means more fuel efficiency.

That apart, the Meteor 350 has me very excited and I look forward to spending more time in the saddle ahead of the next report. 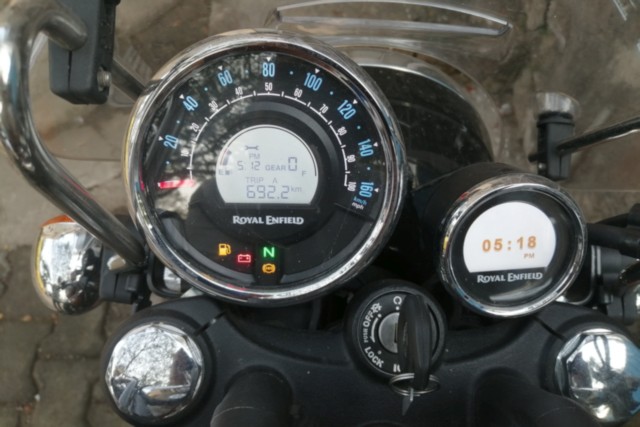 Since being allocated the Meteor a month ago, I found myself using it for a lot more than just commuting. It has been on a fair few excursions, including two-up with colleagues for various tasks. It has handled a lot of city traffic and handled it well. The new 349-cc single-cylinder engine has a lot of tractability and pulls cleanly in all gears. From easier stop-go motion to more effortlessly pulling off overtaking manoeuvres, the new Royal Enfield Meteor 350 is surely a step in the right direction for the company.

I’ve been getting more used to the feet-forward riding position. While I was thrilled with that very aspect earlier, I did face a few issues with speed bumps. However, those issues are not with the bike per se and more with the infrastructure.

The Meteor is now due for its first trip to the service station. Will post an update soon after. 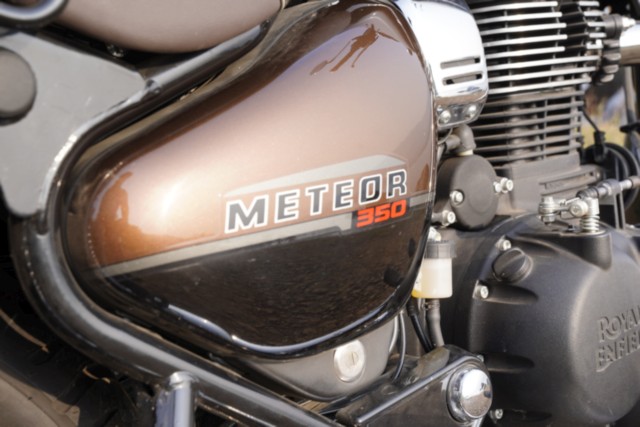 It’s was that time of the year again and the Meteor headed for its first service. There wasn’t anything wrong, but a new motorcycle always needs some timely TLC; as do most new things.

With fresh oil, topped up brake fluid and everything sparkling like new, the Meteor returned to the office parking lot; one with many next of kin. On the first quick trip out, it felt a lot cleaner. By cleaner, I actually mean smoother and more refined than I last remember. The clutch action, the slick gear-shifts, the ride quality and the riding position, of course, all reminded me of why I admired it in the first place. I look forward to spending some quality time on a road leading out of town soon.

Also, congratulations are in order as the Royal Enfield Meteor has just clinched the coveted Indian Motorcycle of the Year (IMOTY) award. Well-deserved, indeed. 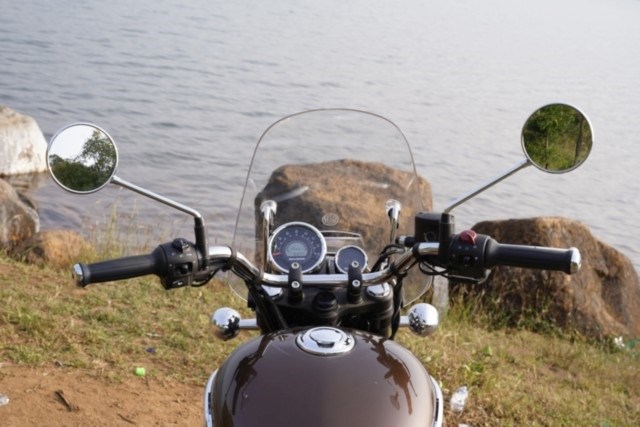 The Royal Enfield Meteor 350 was my new long-term motorcycle but before I could enjoy riding it, the second wave of the pandemic hit us and we lost the last few weeks of the prime riding season in Pune. So, when things began to open up, my colleague and I went for a ride at the first available opportunity. By then, the monsoon was upon us. No matter. We had not ridden for so long that we decided to brave the elements and go for a 100-kilometre-long breakfast ride. The ride was not sunshine all the way (both literally and figuratively) and it did expose some of the Meteor’s good and bad bits.

The rider triangle was comfortable and I could cruise without stress for as long as I wanted to. The large windscreen shielded my person from wind blast and some rain on the long, straight roads. Furthermore, the Meteor handled bad bits of road remarkably well. The difficult bits of the ride manifested on wet mountain roads. Although the CEAT tyres did a good job overall, they did break traction a few times. Rolling back the throttle a bit and planning my course of action in advance did smooth things out, though.

Overall, it was nice to get back on the road and it certainly satiated the riding bug for now. Time to clean and dry out the riding gear for the next ride.

Principal Correspondent at Bike India and Car India. Food for the body. Fuel for the soul. t: @BikeIndia f: /BikeIndia