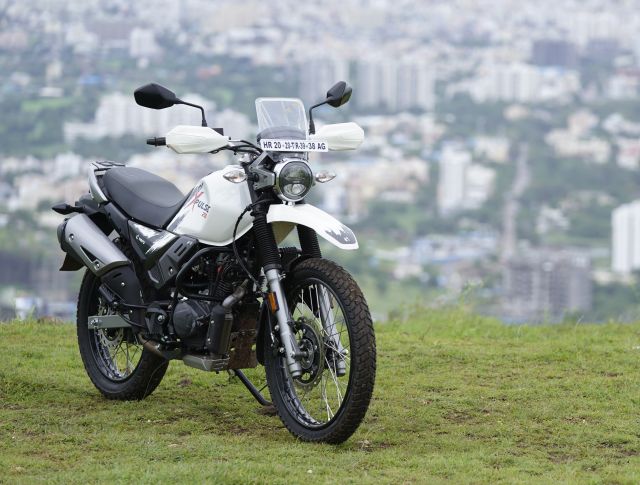 We put the Hero Xpulse 200 BS6 to the test and got some surprising results that did indeed please us. Here is an in-depth review of this brilliant beaut.

The Hero Xpulse did create a storm upon its arrival, winning the Bike India Two-Wheeler of the Year Award as well as the Indian Motorcycle of the Year (IMOTY) Award. No mean achievement for this small-engine dual-sport motorcycle. We have clocked quite a number of miles on this machine, it being in regular use as our long-term test bike, participating in slushy off-road events and also an epic adventurous journey across three countries. Now we have the BS6 variant and it begs the simple question: what’s new? 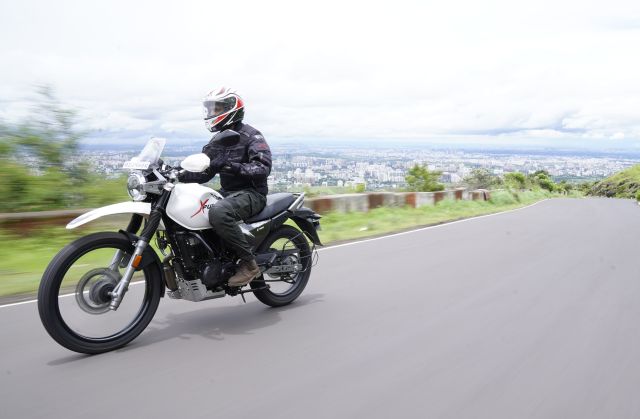 In conformity with most BS6 updates, there isn’t much new in the new Xpulse other than the obvious and that is not a bad thing at all. The bike was a winner already and the new models tread the same beaten path, albeit with a smoother response after twisting the throttle. There are a few more upgrades, subtle but required, such as the new bash-plate which has a different design to accommodate the new catalytic converter. It does not look as clean as its prior, but, it is a needed adjustment and does seem strong enough to take a little beating. 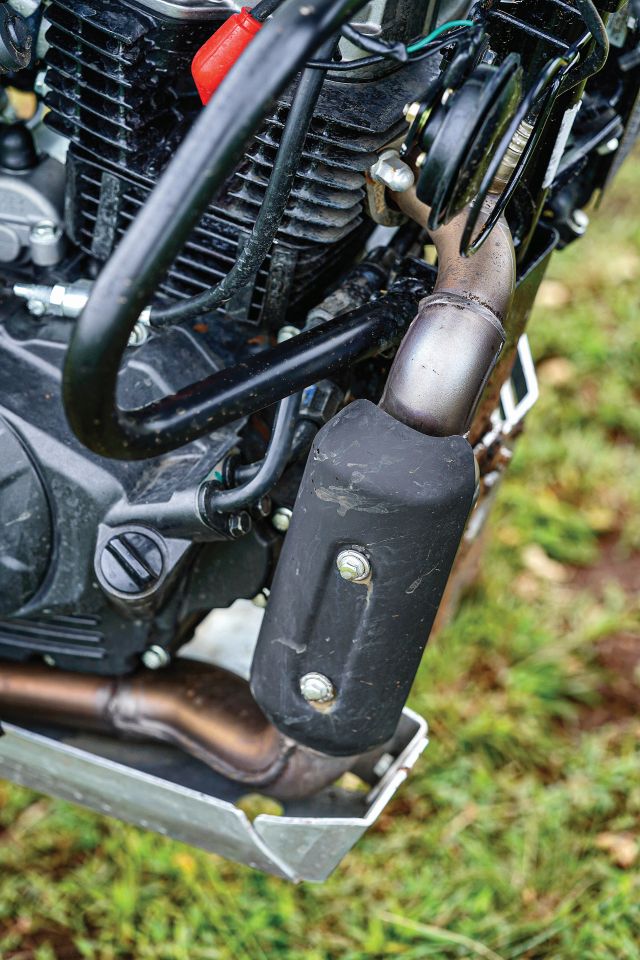 Design-wise there isn’t anything new to write home about. The Hero Xpulse continues on with its light-weight yet rugged appeal. An off-road fender, 21-inch front wheel, wide handlebars, an LED headlamp, dual-purpose tyres, a clean rear end, and the ground clearance that laughs at the sight of speed-breakers is what the eyes tell you. However, nothing that the eyes haven’t already seen on the Hero Xpulse, which is no bad thing, as the aforementioned is sufficient for what the Xpulse would probably face in its lifespan. Hence, as far as design is concerned, Hero have stuck to the original blueprints and we aren’t complaining. 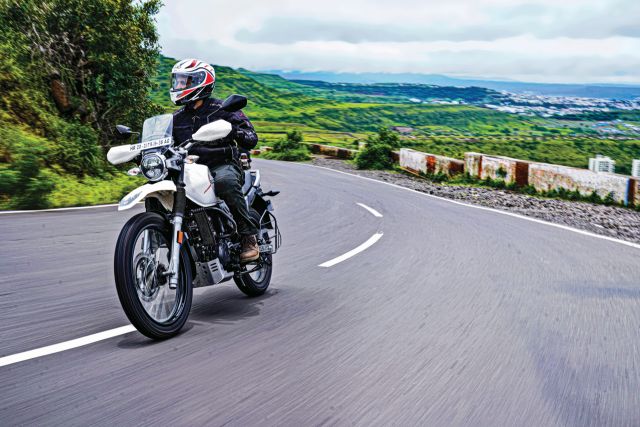 How does the BS6 engine feel? Smooth. As we mentioned earlier, the BS6 Xpulse feels noticeably smoother, which is the case for almost all BS6 variants as they progress from BS4. However, the BS6 Xpulse did surprise us with its performance. The 199.6-cc engine, now smoother than before, does not hint at any power loss; in fact, it feels a little quicker when you first ride it. We knew this would be put to the test once we strapped on our DriftBox and got true figures. The BS6 Xpulse outshone its BS4 predecessor during our performance runs and this makes it the only motorcycle to have accomplished that feat among the bikes that we have tested so far. 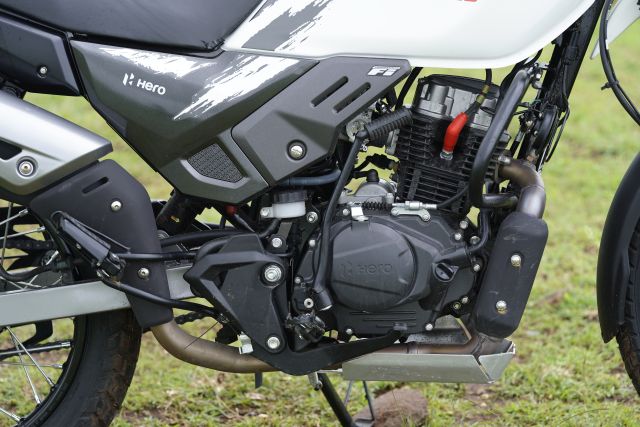 The engine feels nicer with more go in every gear. This can be easily noticed in performance numbers in fifth gear: whereas the BS4 variant topped out at 111.46 km/h, this BS6 model recorded 116.53 km/h. The story was similar through all the gears with fifth scoring the highest marks. Acceleration numbers read from the same page with the BS6 variant coming out on top with a 0-100 km/h time of 16.97 seconds, a two and a half seconds quicker than the BS4 which did the same feat in 19.46 seconds. The only loss that we noticed was during the roll-on test from 30 km/h to 70 km/h. Here in third, fourth, and fifth gear roll-ons, the BS4 variant was victorious. 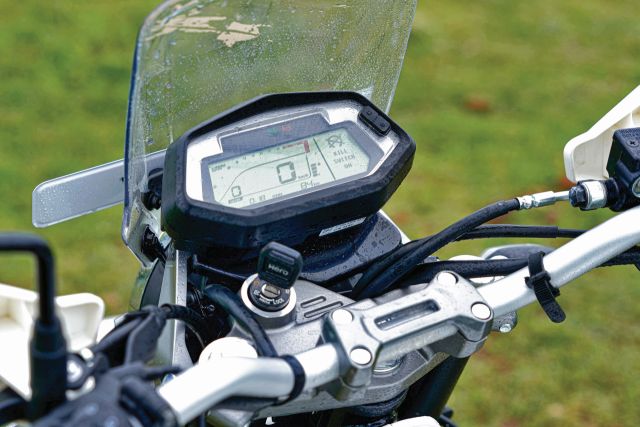 Braking followed the former suit with the Hero Xpulse 200 BS6 out-doing itself. The brakes feel very good and though they ain’t the most powerful, are plenty capable on the lightweight dual-sport motorcycle which now sits at a kerb weight of 157 kilograms. The BS6 motorcycle is a bit heavier than its predecessor, understandably so too with a new catalytic-converter and the weight of the greener future we all want, still performed better than the 2019 model. On our brake test run the BS6 bike scored a time of 2.59 second from 80 – 0 km/h, while the BS4 version did it in 2.70 seconds. Considering that the BS6 has more weight gives the 276-mm petal disc front brake and 200-mm petal disc at the rear a deserved crisp high-five. The Xpulse sports single-channel ABS, which only works its magic on the front end, allowing locking up the rear, for when in the dirt, unhindered. 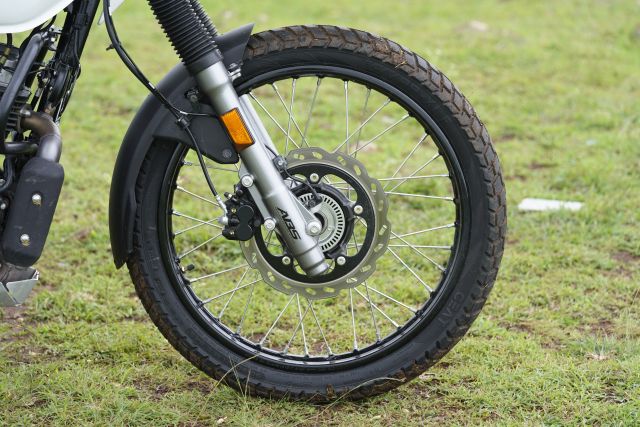 How does she handle? Predictable. The Xpulse isn’t going to scare you by any means, which is a great thing for beginner riders wanting to explore the unpaved road. That is something the loved Hero Impulse did to the Indian market, and the Xpulse picks up right from there with a little more. The 21-inch front wheel rummages its way through whatever madness you find surrounding you. We put the BS4 bike through its paces, not just in the mud, but also on broken and smooth tarmac. Broken tarmac is often the idea of hell for a lot of us, whereas the Xpulse handles those conditions with one definitive word, ‘unconcerned’ courtesy of the 37-mm telescopic front forks and a 10-step adjustable mono-shock at the rear. You also have 220-mm ground clearance that has you laughing at the off-road path and hysterical with the sight of bad roads. That is the purposeful beauty of dual-sport motorcycles. 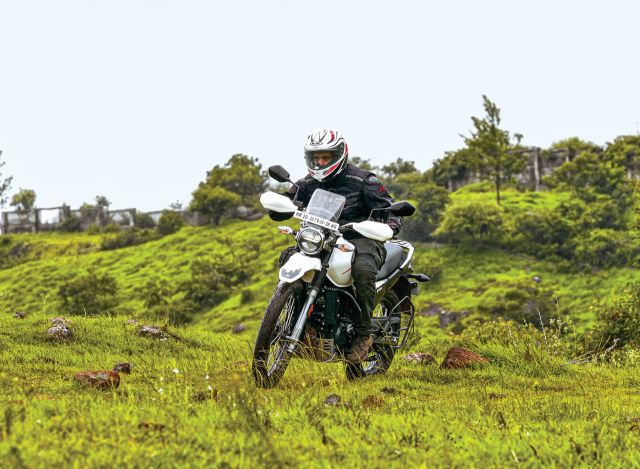 The highway is the only place where the Xpulse somewhat shows an ailment of sorts. The small-capacity engine with its 18 horses doesn’t scream performance; however, the bike feels very happy cruising along between 90 and 100 km/h. Even though an overtake at 100 km/h is possible, you do feel a few vibes, so staying above the triple-digit mark would not be recommended nor comfortable.

Steering is light, darting into direction changes without any hesitation, which is largely due to its lightweight. This, in turn, plays an important role in handling the motorcycle on dirt too, unlike heavier adventure tourers that do tend to worry the novice rider. Ergos are very comfortable, maybe not as comfortable on the road as its closest rival, the Royal Enfield Himalayan, but close enough. Though, off-road the Xpulse gains the upper hand. Additionally, the Xpulse has turn-by-turn navigation, available on the dash, which is a godsend. It still is a fair amount cheaper than said rival, too. 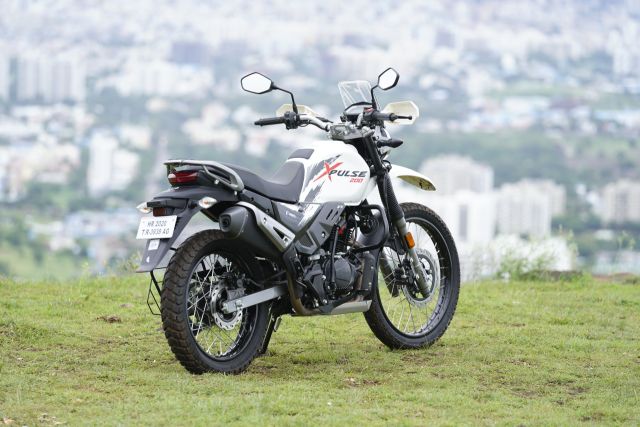 Which brings us to the price, the Hero Xpulse 200 BS6 can be yours for Rs 1.11 lakh (ex-showroom). This truly is the brilliance of the Xpulse as for this price there is nothing in the country that can give you what the Xpulse offers. You would be smiling on the daily commute, laughing on the weekend rampage, and safely comfortable on the highway haul. There isn’t much more you can ask for and there sure isn’t anything on offer to match at this price point. The BS6 variant has not really lost any of the ‘famous’ numbers (performance figures) but is indeed greener, which was always the goal, and that is exactly why we tip our hats to the Hero Xpulse 200 BS6.