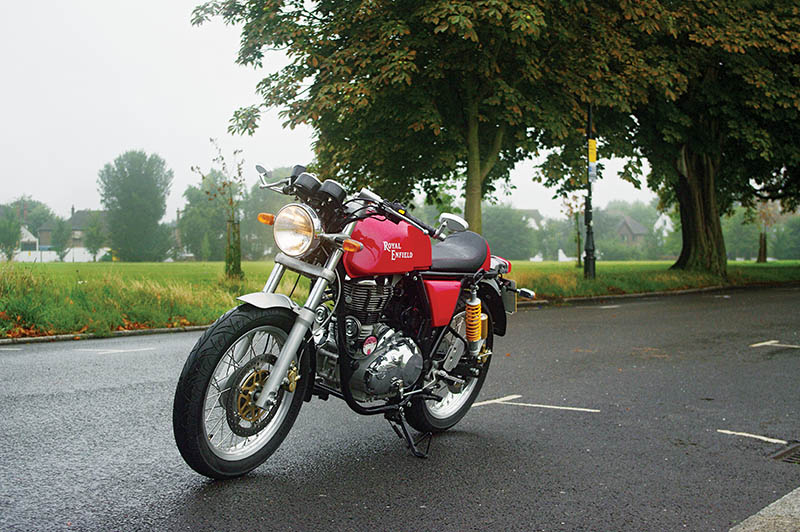 The Royal Enfield Continental GT has been revived after half-a-century. We ride it in England in true café racing style
The ride begins at Ace Cafe London after a classic British breakfast, with rock-n-roll music playing in the background. The bike I am riding is the new Royal Enfield Continental GT in the company of a bunch of other motoring journalists at the international launch of the motorcycle in the United Kingdom. The cold British wind is biting my cheeks, the speedometer needle is dancing between 100 and 120 km/h and the familiar thump of the Royal Enfield single is drumming in my ears as we ride down to the southern coast of England for a lunch round-up at the Brighton Pier. This is the most authentic experience of the café racing culture there can be.

Café racing is a motorcycle sub-culture that evolved in Britain after World War II. The origin of this phenomenon can be traced to the 1950s when working class British youngsters started stripping down their motorcycles to make them lighter and faster in an attempt to surpass the magical ton (100 miles/hour). These motorcycles were usually modified British singles or twins, made to look like the contemporary GP bikes. The chassis and engine would often belong to two different bikes and the characteristic style of these bikes included minimal bodywork, a long tank, clip-on handlebars, rear-set footpegs and a single seat with a humped end. 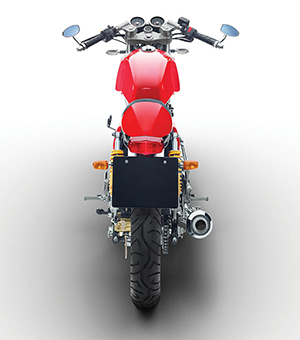 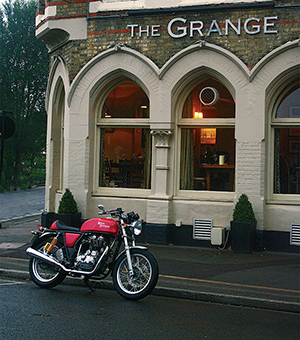 The riders were called ‘rockers’, as they were inspired by the roll-n-roll music of the 1960s and their dress code included a leather jacket and gloves, denims, a scarf round the neck, along with an open-face helmet and aviator shades. The rockers would meet at transport cafés like the Ace Café before going for short rides or for ‘record-racing’, wherein the rider had to complete a defined road circuit within the time-frame of a single song on the jukebox.

As the trend picked up, manufacturers started launching production café racer models and the Continental GT, launched by the British Royal Enfield company in 1964, was one of the notable bikes of that era.

The new Royal Enfield Continental GT is a reincarnation of the original bike in a modern avatar, but it has retained its charm and it looks authentic. Britain’s Xenophya Design has helped the company in re-creating the classic look of a 1960s café racer with great attention to detail in every element of the design and a high quality of fit, finish and paint.

The Continental GT has a circular, chrome-finished headlamp with boxy turn indicators and tail-lamp, clip-on handlebars, twin analogue dials for the speedometer and tachometer (with small rectangular digital display for odometer and trip meter and fuel gauge within the speedo dial), a long metal tank with knee recesses and a Monza fuel filler cap on top. The narrow, single-piece seat is bordered with dual stitching lines in red and ends with a hump at the back and, except the Royal Enfield logo on the sides of the tank and the Continental GT badge on its top, there are no other decals, giving it the minimalistic look of a café racer.

The GT has 18-inch wheels with wire spokes and alloy rims and it wears Pirelli Sport Demon tubeless tyres (100/90 front, 130/70 rear) that are going to be a standard equipment on the Indian version as well. The front wheel has 41-mm telescopic forks by Gabriel while the rear wheel is suspended by Paioli gas-charged twin-shocks with bright yellow springs.The bike we rode had an upswept exhaust finished in chrome, but it will be sold as an accessory. The stock exhaust will be quieter to meet the decibel norms.

The international version of the GT gets stylish bar-end mirrors that are sleek and have a blue tinge while India will get circular chrome-finished ones with long stems, mounted on the inner side of the hand-grips since the regulations require motorcycle rear-view mirrors to be big enough to accommodate a 76-mm diameter circle. However, the bar-end mirrors will be available as an accessory in India. The bike has modern switches and a choke-like mechanism, which increases the revs for cold starts in extremely low temperatures. The GT will be sold only in the solid red colour, which adorns the tank, side panels and the rear side of the seat hump while the fenders are painted in silver.

The black-painted tubular steel cradle frame with twin downtubes is a first among the Royal Enfield bikes currently in production and has been developed with UK-based Harris Performance. The GT also has a rectangular section swing-arm and a fork brace for rigidity. 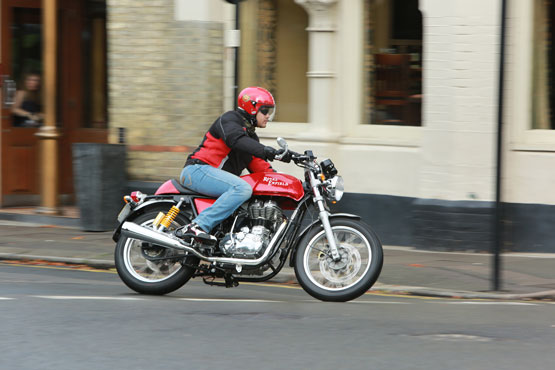