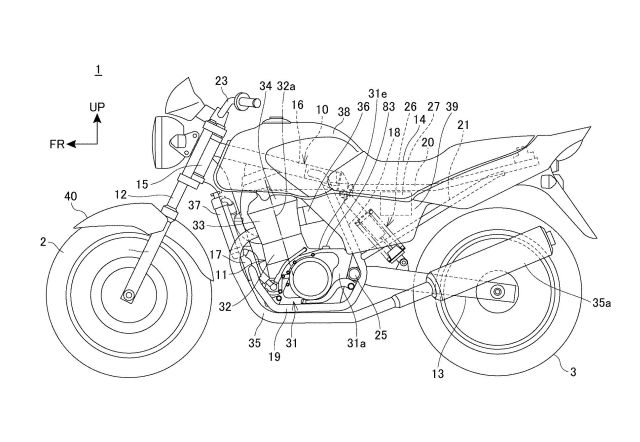 Patents filed by Honda reveal a potential new model equipped with a monoshock.

Leaked images of patent drawings supposedly examining oil pump assembly in a yet-to-be-announced Honda motorcycle reveal a liquid-cooled parallel twin, similar to the motor from the Honda CB300R, suspended from a beam-type perimeter frame. The frame and bodywork resemble the design of the Honda CB400 Super Four, a popular Japan-only four-cylinder model. While the patent was supposed to be about oil pump assembly, a lot of attention seems to have gone into drawing the monoshock with quite a bit of detail, and it is visibly mounted directly to the swingarm with no linkage. 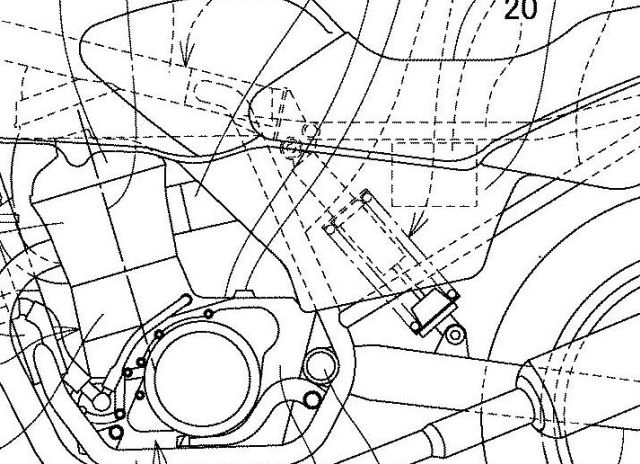 We have no idea where this new motorcycle will fit into Honda’s current naked bike line-up, with the Japanese manufacturer currently building CB-badged bikes starting at 125 cc and going all the way up to 1,000 cc. Rumours abound that Honda are building a new line of CB models, but that’s yet to be confirmed. Stay tuned.