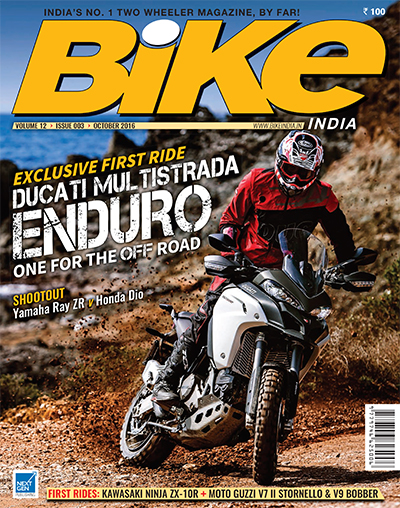 IN THE 1970S AND ’80S MOTORCYCLE RACING WAS THRIVING even though we did not have a purpose-built racetrack. Most Indian motorcycle manufacturers used to send factory racing teams for the all-India race meet at the Sholavaram circuit. Starting with the Suvega in the moped class, Scooters India had a team, Yezdi Motorcycles used to have a team and Aravind Pangaonkar, head of TVS Racing, was part of the Yezdi racing team at that time. Royal Enfield factory used to be represented by Subhash Chandra Bose and Bhaskar Rao. Even Bajaj Auto had a factory team. The spectator turnout used to be in excess of 30,000.

After a dip in the competition Indian racing is thriving again with all the one-make series and the opportunity for the young talent to take part in the Asia talent series and the Red Bull Rookies Cup. Now I would like to see some cross-manufacturer racing. The one series I would like to see in India is the KTM RC390 Cup. The 390 Cup is held in South America, North America and Europe, but not here in India where the bike is manufactured.

Today MotoGP has become so technical that a wrong choice of tyre compound can make the difference between winning and losing a race. The choice of going with a soft compound gave Dani Pedrosa a clear advantage and victory in the San Marino MotoGP. It was Valentino Rossi who came out on top after passing Lorenzo on lap two, but did not have an answer to Pedrosa’s pace. In the past you had one front and one rear tyre which you had to use. One could not go wrong. None the less, it was great to see Dani on top of the podium.