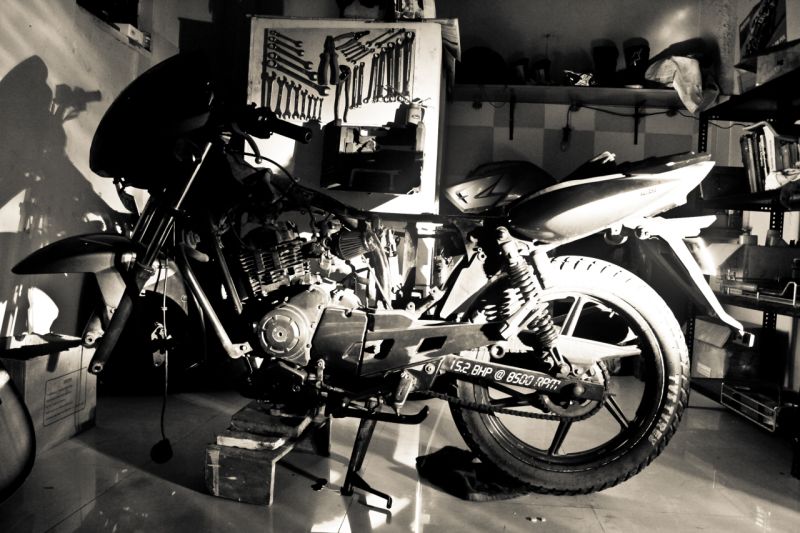 Would you like to customise your ride? Well you simply can’t!

The legal system in the country is flawed with loopholes and archaic legislatures which continue to hold water despite their immediate irrelevance. Simply because the book says so. And the law enforcement authorities have and will continue to harp on these charge you with a fine. The motorcycle customs industry is another victim falling prey to such laws.

The Motor Vehicle Act of 1988 was put into effect on July 1st 1989 and section 52 of the act clearly states, and I quote, “No owner of a motor vehicle shall so alter the vehicle that the particulars contained in the certificate of registration are at variance with those originally specified by the manufacturer.” Making sense of the prolix legislature, I am given to understand that if you play around with your vehicle, you are, by law, liable for charges.

To add to this, general public perception of the spannermen who customise motorcycles is not exactly similar to that of the obedient tax paying white collar IT boffin. What comes to mind is the closing scene of the Expendables. One with tattooed wrenchmen sipping on beer in a dimly lit garage, plotting their next arson and public property rampage!

However, this is far from true. Motorcycle customisation, aesthetic or performance based, calls for utmost dedication and emotional investment. It calls for artisans and skilled engineers to create what can be described quite simply as ‘a proper build’.

Apart from this, what this archaic law does to the industry is that it closes avenues for entrepreneurs to freely market and sell their products. The non-existance of a customisation industry also puts privateer teams through a gauntlet of hoops to develop race-spec parts. This leads teams of more modest means to shy away from the premier classes of racing. The teams with deeper pockets eventually figure out a way by paying exorbitant sums for an average product.

Most importantly, in a country where one can smoke and defecate freely in public places, it seems a little inconsistent to ban one from riding or driving a vehicle which looks/performs according to one’s taste. Motorcycle-builders continue to be haunted at the thought of being penalised for performing a simple stage 1 porting job or for installing a free-flow exhaust. While the population continues to drag on with the ‘Make in India’ campaign, the ones who would like to ‘Create in India’ are being forced to take a back seat.