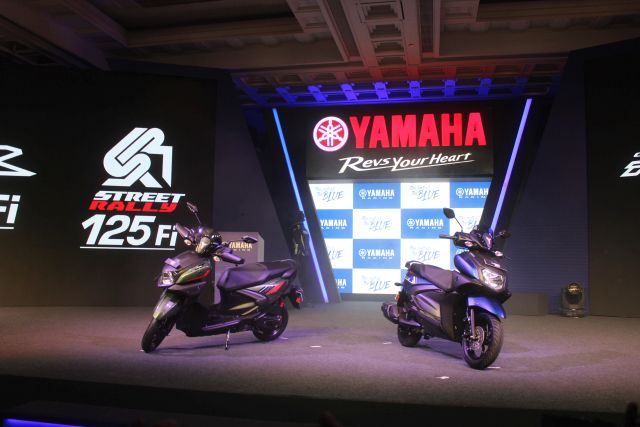 The styling concept of the new Yamaha Ray ZR is ‘Armored Energy’ which evokes a feeling of a powerful motorcycle. The sporty, sharp-looking headlight is Class-C compliant while the Y-shaped LED position light adds greater originality to design. The turn signals in the front and rear use individual mounting stalks like those used for motorcycles. The Ray ZR is available in both drum and disc brake versions, while the disc brake version gets a digital instrument cluster as a new feature. The new Ray ZR is available in a wide range of new colours: Dark Matte Blue, Metallic Black, Cyan Blue, Matte Red Metallic and Reddish Yellow Cocktail. The Ray ZR 125 FI is available for Rs 66,730 (ex-showroom)

The new Street Rally 125 FI also fuses motorcycle elements of those with a scooter and scatters them throughout design. Brush-guards shield the rider’s hands from oncoming airflow and also adds a sporty touch to the scooter. It additionally offers a fully-digital instrument cluster, side panels designed to look like a frame, and block-pattern tyres. The new Street Rally comes in two colours: Deep Metallic Purplish Blue and Sparkle Green. The Street Rally 125 FI is available for 70,730 (ex-showroom) 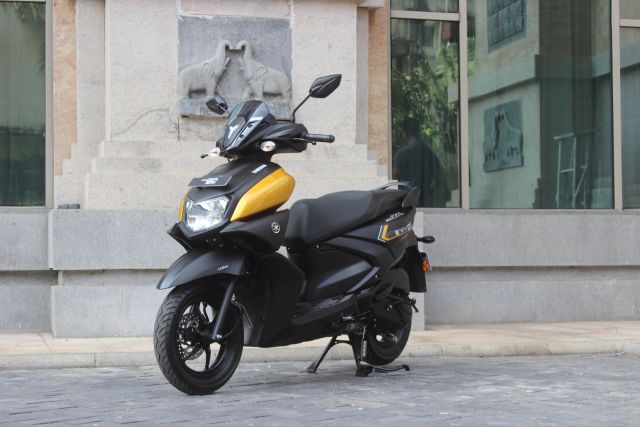