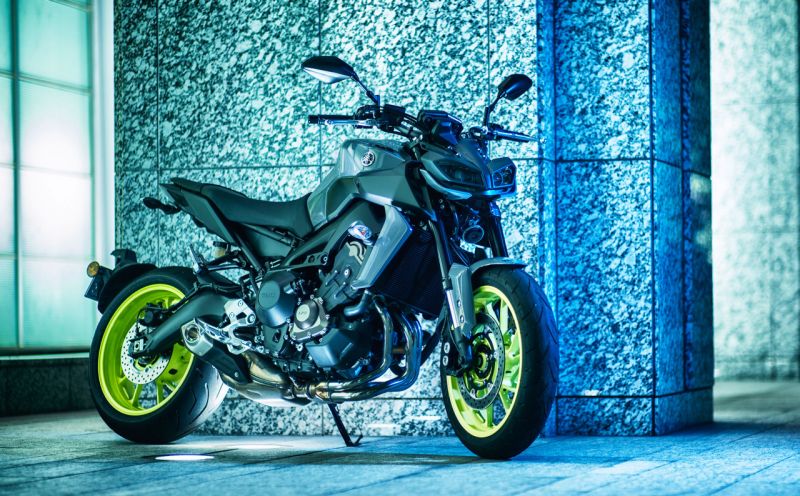 Soon after its global launch, the refreshed 2018 Yamaha MT-09 has been introduced in India imported as Completely Built Units (CBU). The big draw is that the new model costs almost Rs 50,000 less than the existing one, since the Japanese firm is transferring the GST (Goods & Service Tax) benefit to the customer.

In sync with the global MT Series design direction, the new MT-09 has one of the meanest looking front design in its class. It gets a compact headlight with distinct four LED lights, sharp radiator fins and large air-scoops give it the intended “bad-boy” stance. Also new are the a couple of winglets under the headlights and a 30 mm shorter sub-frame. The swing arm comes with the rear fender mounted on it, new seat design and an integrated tail-light complete the visible changes. 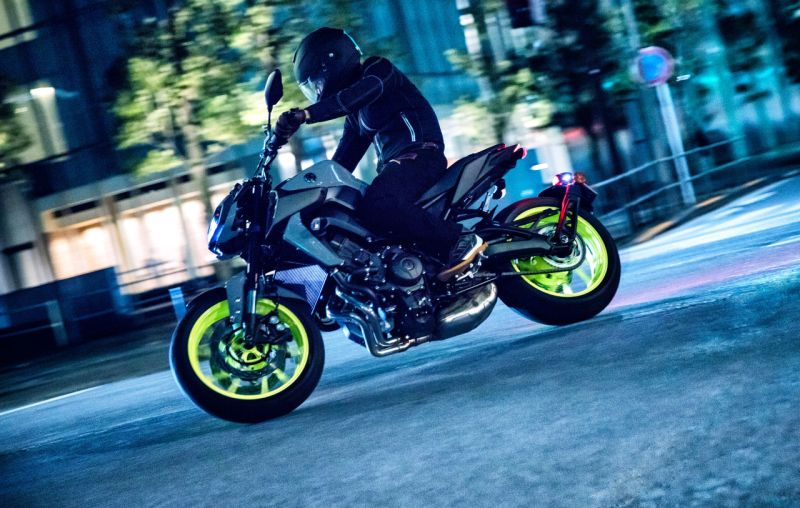 Mechanically it still gets powered by a liquid-cooled 847 cc three cylinder motor which produces 115 PS @ 10,000 rpm and peak torque 87.5 Nm @ 8,500 rpm, mated to a six-speed gearbox. New bits include A&S clutch, a quick shifter and adjustable compression damping on the front suspension. 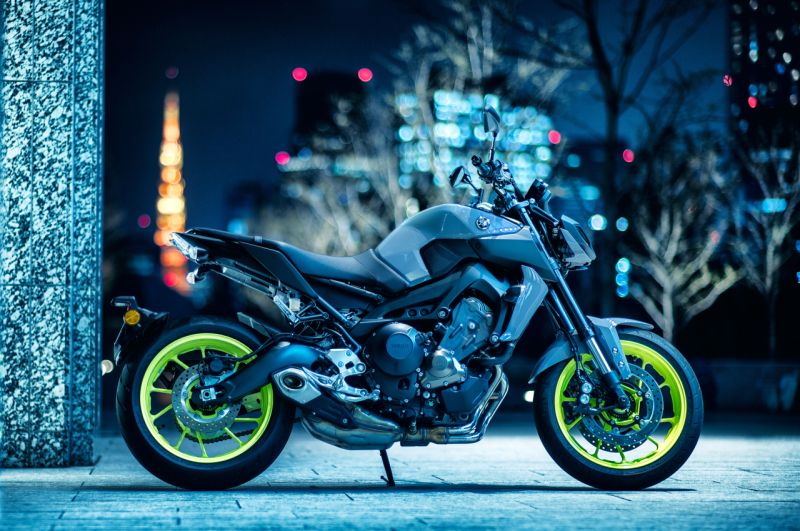 Speaking about the new launch Roy Kurian, Senior Vice President (Sales and Marketing), Yamaha Motor India said, “It is exciting to announce the introduction of the new MT-09 in the Indian market shortly after its successful run globally. The new MT- 09 will reiterate Yamaha’s commitment to offer in India the very best mix of Yamaha’s superior expertise coupled with its unique flair for innovation.”

The new MT-09 is can be had in three body colours – Bluish Gray, Deep Purplish Blue and Matte Dark Gray; and will be only available at selected dealers across the country. (Also read: 2017 Yamaha MT09 First Ride Review)