The new limited-edition Triumph Scrambler 1200 Steve McQueen celebrates the most famous movie star and motorcycle buff. Only 1000 units of the Steve McQueen edition are available worldwide, and India will get only a handful of this ultra-exclusive models. 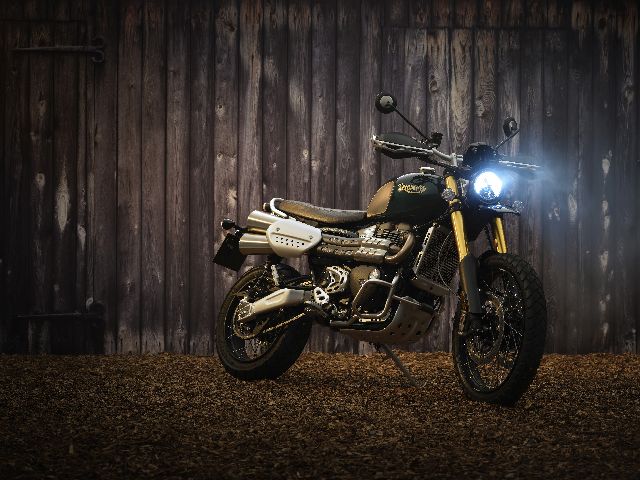 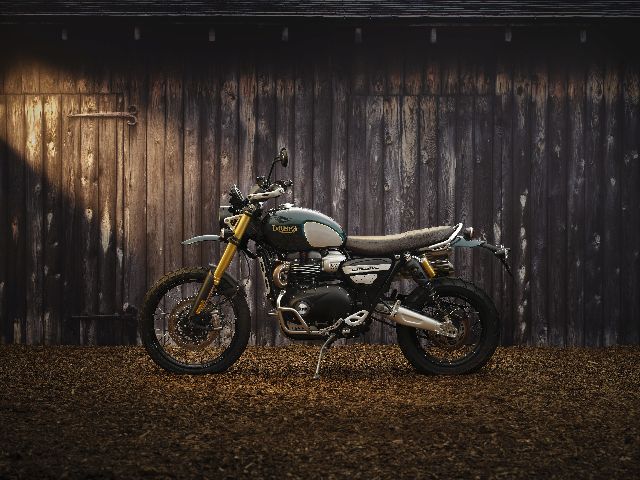 The Scrambler 1200 is powered by the latest evolution of Triumph’s 1,200-cc, 8-valve, parallel-twin engine, which now is Euro 5 (BS6) compliant. With a low inertia crank and a high compression cylinder head the engine balances power and torque delivery for both road and off-road riding. Its peak torque is 110 Nm at just 4,500 rpm, while a power of 90 hp is delivered at 7,250 rpm. The distinctive Scrambler sound, delivered by the twin exhaust system has been updated with improved heat distribution.

While the 21-inch front wheel and long-travel suspension contributes to the Scrambler 1200’s incredible off-road capability, both the Öhlins twin spring rear shocks and upside down Showa front forks are fully adjustable, providing excellent comfort and control across a variety of surfaces. Without hindering off-road capabilities, allowing the use of tubeless tyres are the side-laced, wire spoked wheels with aluminium rims. Dual-purpose adventure-focused Metzeler Tourance tyres are standard fit on the two motorcycles. 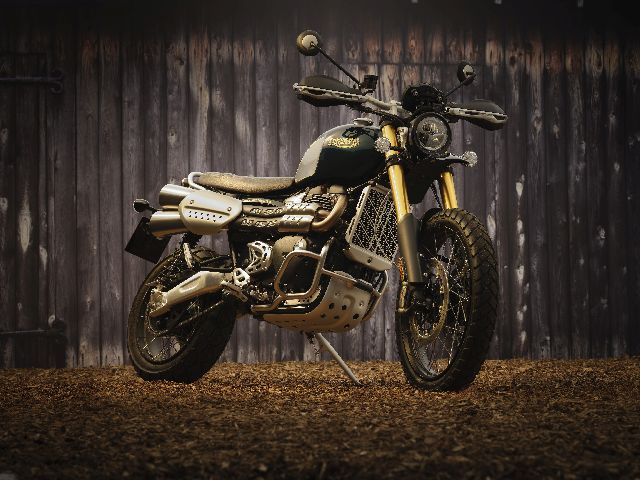 Superior braking is guaranteed by the ABS-equipped Brembo brakes at both wheels. The wide adjustable handlebar position and the adjustable folding foot controls on the XE model, give the Scrambler 1200 its commanding poise and stance.

The Scrambler 1200 features a full colour multi-functional TFT instruments controlled via the handlebar-mounted, 5-way joystick, all of which are backlit for easy navigation in the dark. Additional high specification rider-focused technology, standard on the 2021 Scrambler 1200, include torque-assist clutch, 6 driving modes, cruise control, and keyless ignition, among others.

Talking about this limited-edition model Shoeb Farooq, Business Head, Triumph Motorcycles India said, “We’ve glad to bring the Steve McQueen and Sandstorm edition Scramblers to India. These motorcycles have a legacy – especially the Steve McQueen edition. Given that it is based on the all-new Scrambler 1200 XE, further adds to the appeal of the motorcycles, as these will be the only XE variants to come to Indian shores this year”