The new Indian PowerPlus V-twin engine is Indian Motorcycle’s most powerful engine yet. It will make its appearance in the all-new Indian Challenger. 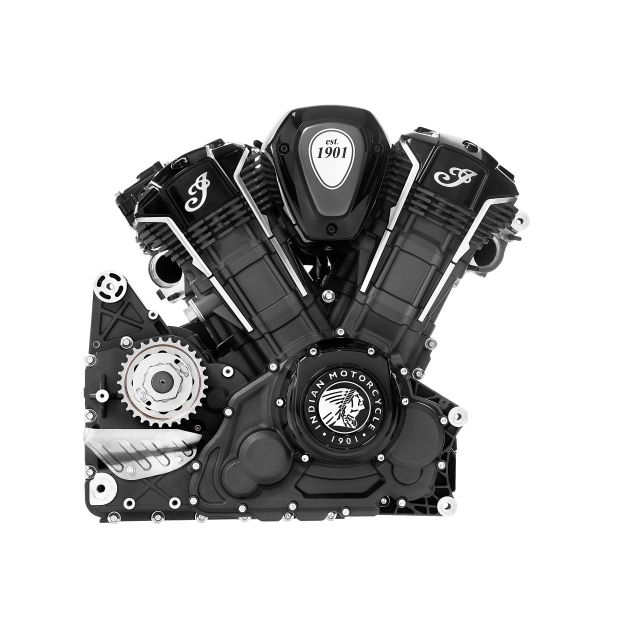 Indian Motorcycle have developed a new engine called the PowerPlus and it is their most powerful mill yet. The American cruiser icon has unlocked a new level of performance as far as V-twin cruiser engines go. The PowerPlus engine is a 108-cubic-inch (1,769-cc), liquid-cooled, 60° V-twin that redlines at 6,500 rpm. Like the engine in the Scout, this one will also have an overhead cam and four valves per cylinder, but it is enhanced with more output and torque. These figures are impressive with a peak 122 hp at 5,500 rpm and 178 Nm at 3,800 rpm. Indian Motorcycle have also confirmed that the engine will be mated to a six-speed gearbox which will also feature an assist clutch to enable easier gear shifts. Furthermore, the engine will feature hydraulic valve-lash adjusters and cam-chain tensioners for easier maintenance.

When will you get to see this monstrous V-twin? The PowerPlus 108 does duty in the all-new Indian Challenger; a fixed-fairing bagger that is expected to be launched soon. Once launched, the Challenger will have to live up to its moniker and challenge Harley-Davidson’s mighty Road Glide Special. We will bring you updates about the Indian Challenger closer to the launch date.

If you are an ardent Indian Motorcycle fan, the name ‘PowerPlus’ may seem familiar. The new engine is named after the Indian PowerPlus motorcycle that was produced from 1916 to 1924.