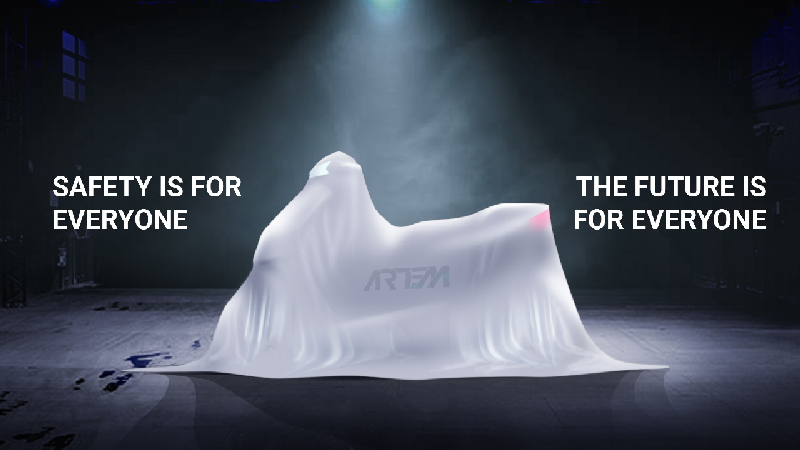 There’s a new addition to the recent spate of electric two-wheeler launches, with India-based Artem Energy Future announcing that they have a new scooter in development. They claim that this scooter, called the Artem M9, will be the “safest scooter in the world.” They make this claim because the scooter will come with cameras and radar that will ensure 360-degree awareness up to 100 metres.

The safety tech is explained by Naveen Deepak Veeramaneni, Co-founder & CTO of Artem, “Proximity warnings relay to the rider through a smart helmet, as well as through vibration feedback on the handlebars. Emergency braking can be automatically and safely activated using Artem’s proprietary “EDB” (Electro-Dynamic Braking) technology which reverses traction force for safer stops, while simultaneously being gentle on brake wear.”

Apart from the futuristic outlook on safety, the scooter will also offer a top speed of 90 km/h, 0-50 km/h in 6 seconds and a range of 100 km on a full charge. To address practicality, the manufacturer also plans to include an on-board fast charger, as well as swappable batteries. Further down the line, Artrem also plans to introduce solar-powered battery swapping infrastructure at fuel stations and the like so that power to charge the batteries doesn’t come from conventional charging points that are typically juiced by coal-powered plants.

All of this looks promising on paper, however, we will only be able to tell how effective the M9 is once it is production-ready, and we get our hands on it. Watch this space.