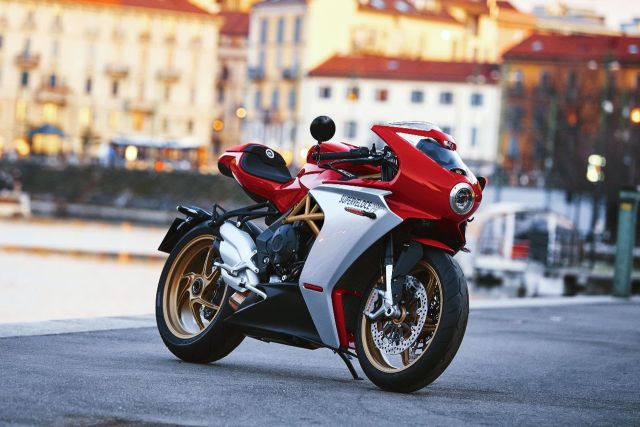 The MV Agusta Superveloce 800 is technically defined as a neo-retro superbike, but would that be the best description for this machine?

In short, No. Well, let’s check the boxes. It’s Italian, not just any Italian either, for this is MV Agusta. After all ‘Motorcycle Art’ is their motto and boy, oh boy do they do that justice. Furthermore, MV Agusta have just announced two colour options for the production model of the Superveloce 800, enhancing the appeal of the already sought after sculpture on wheels. The first colourway would be the Ago Red and Ago Silver that we have already seen with the second variant being Metallic Carbon Black and Dark Metallic Matt Grey. 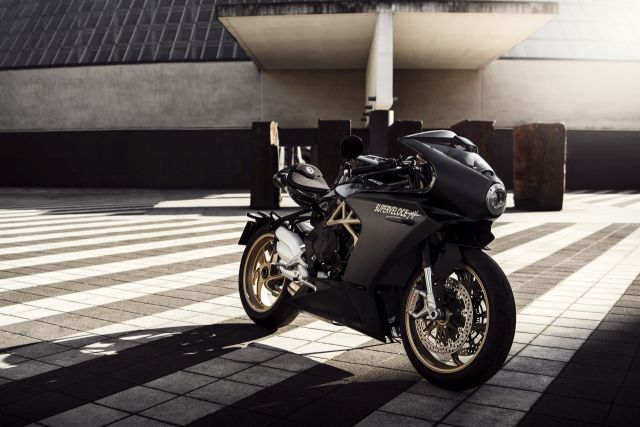 The MV Agusta Superveloce is as one would expect based upon an existing model in MV’s range, the F3 800. We got the first look at the Superveloce at EICMA 2018, where jaws were picked up of the floor. Things to be noted is that the engine, frame, suspension, and brakes are the same seen on the F3 800 motorcycle, which is no bad thing here. Marzocchi USD forks, Sachs mono-shock and Brembo stoppers are names we would be pleased to have on our motorcycle. You also get a ride-by-wire throttle, TFT display and eight-level traction control to name a few more goodies. 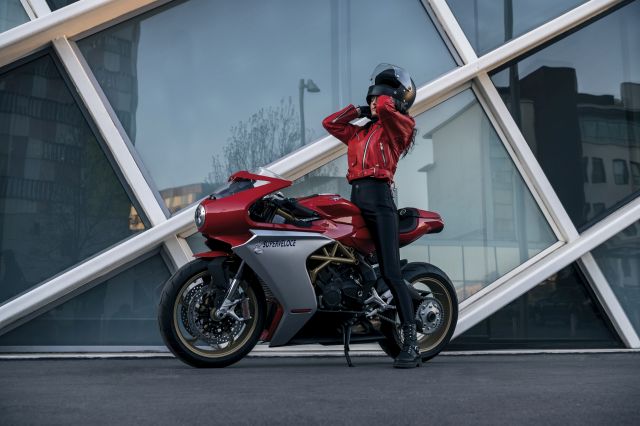 But style is where the Superveloce really excels; it starts with a small, round LED headlight with a yellow filter and ends with a round tail-light at the rear. What falls in-between is a montage of the most beautiful lasses the world has seen, a carbon lass, though. Cleopatra to Hepburn, Monroe to Habib there is attraction nestled between the two round LEDs at either end. Quintessentially MV Agusta. I mean, this is a superbike and MV have added a tank strap which makes its way up to and past the bespoke filler cap, a simple gesture that has enthusiasts yearning for said beauty. 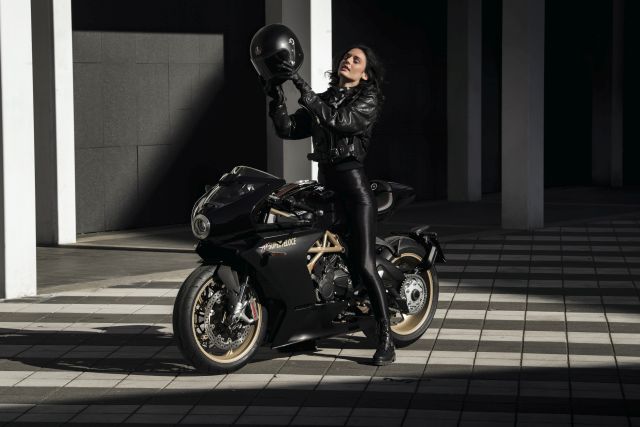 The exhaust system shown at EICMA was a developed unit with SC Project and has a three-one-three asymmetrical layout. The system is said to give the Superveloce a little more power, how much though has not been answered by MV Agusta yet. However, images of the production models seem to be wearing MV Agusta’s standard triple pipe unit we see on the F3 800. The seat, well even though images show a single-seat machine, however, MV Agusta have assured that there will be an option for a twin-seater.

Which brings us down to the big question. How much will it lighten my wallet? Well, this is an MV Agusta, hence emptying the wallet rather than lightening it would be more apt. We shall keep you posted on further happening with this beaut.