Production of the MV Agusta Superveloce 800 Serie Oro finally begins after the manufacturers have resumed their operations in Varese, Italy. 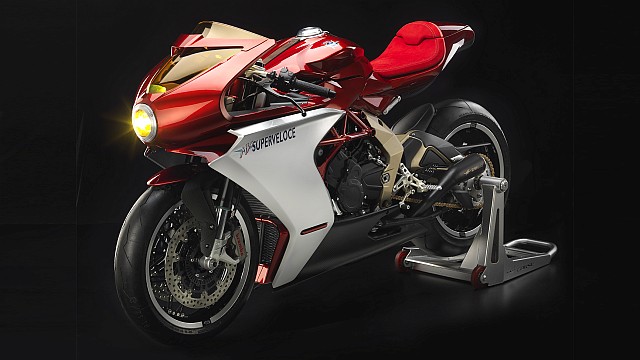 The MV Agusta Superveloce 800 Serie Oro was first showcased at the Concorso d’Eleganza Villa d’Este in Italy and it bagged an award in the Concept Bike Class. The bike was then displayed at the EICMA 2018 and was again awarded for being one of the best looking bikes at the show. The MV Agusta Superveloce 800 Serie Oro is inspired by retro-racing machines from back in the day and this one has been crafted to remind us of the 1966 MV Agusta 500 Three that was the bike used by none other than the great Giacomo Agostini in his racing career. 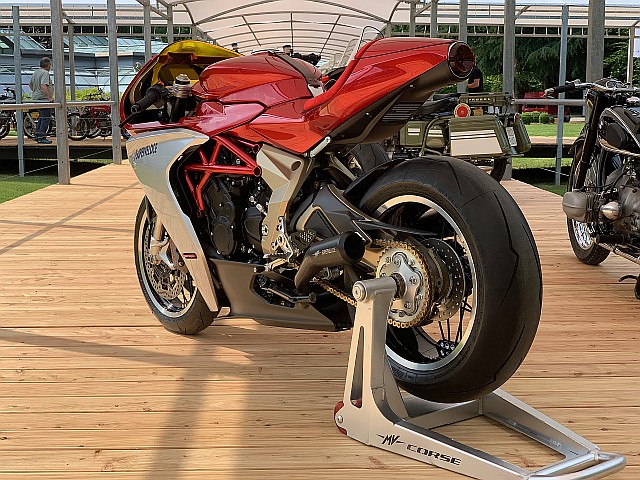 The Superveloce 800 gets a silver and red carbon-fibre fairing. Seen just at the edge of the fairing is the steel trellis frame. The bike reminds us of old racing machines as the front fairing is crafted beautifully to fit in the windscreen and round headlight, which itself has an old-school yellow tint. The black and gold components on the Superveloce 800 contrast the red and silver, making it stand out. Other details that make it stand out are the old-school gas-cap and the leather belt strapped across the tank. Further enhancing the appeal of this retro-racer is the use of spoked-wheels.

The motorcycle uses the engine of the F3 800 which is a 799-cc in-line three-cylinder engine with a counter-rotating crankshaft producing 148 hp at 13,000 rpm and a peak torque of 88 Nm at 10,600 rpm. It is mated to a six-speed gearbox and an iconic triple-exhaust system, where two mufflers stick out on the right and one pokes out of the left side. MV Agusta had offered the Superveloce 800 Serie ORO for pre-order on their official website and at dealerships but were sold out soon after this was announced. Only 300 units of the motorcycle will see production making this a unique limited-edition model. 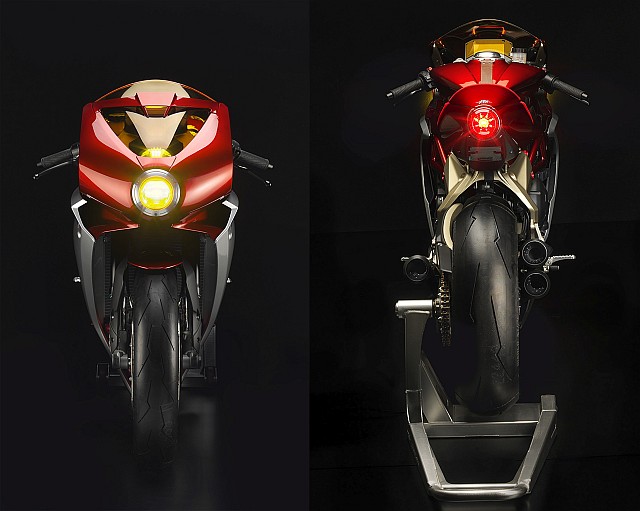 The Superveloce might have been inspired from older racing machines but gets most of the latest technology and modern equipment. This includes a TFT screen, traction-control, ride-by-wire, riding modes and much more. A dry weight of 172 kg gives the bike a great power-to-weight ratio. The best part of the motorcycle is that the production-ready version will look exactly like the concept model. The rear seat-cowl can also be removed and doubles as a passenger seat.

The MV Agusta Superveloce 800 Serie Oro was sold for $ 31,495 (Rs 23.84 lakh). There are now rumours that there would soon be a mass-produced Superveloce 800 which would make it slightly cheaper than the limited-edition model.