The elite Motorcycle Display Team of the Corps of Military Police, along with TVS Motor Company, completed the  4,250 km expedition astride the TVS Apache RTR 200 FI 4V Race Edition 2.0
A five-member Military Police team completed a 20-day ride to reach Dras (a small town in the Kargil District, Jammu and Kashmir), in time to join the annual celebrations of ‘Kargil Vijay Diwas’ which is observed on 26 July, 2018. The team will be covering the distance on five TVS Apache RTR 200 Fi 4V Race Edition 2.0 bikes which comes with a 197.7 cc single-cylinder engine that produces 21 PS and 18.1 Nm of torque, and achieves 0-60 km/h in just 4.13 seconds! The RTR 200, as you can see, are special customised and also don unique camouflage body decals to compliment the Military Police bike ride. 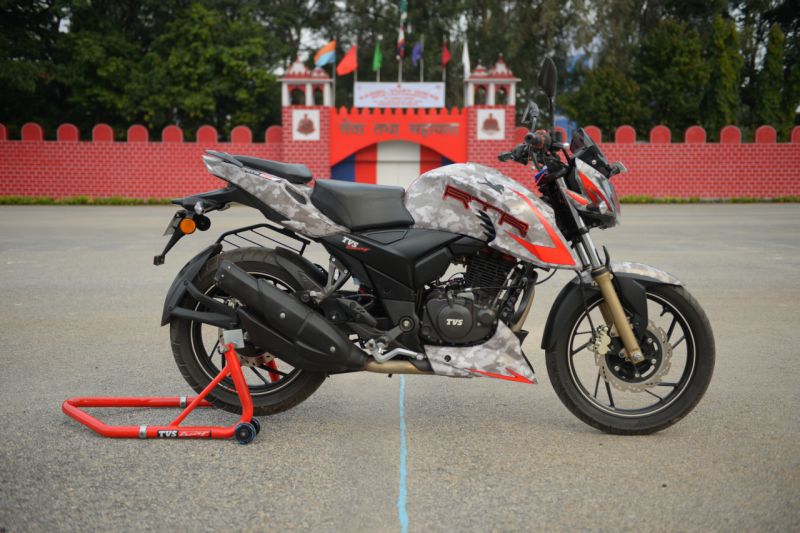 The expedition was flagged off by Major General Sanjeev Narain, AVSM General Officer Commanding Karnataka & Kerala Sub Area from Core of Military Police, Centre and School, Bengaluru. The jawans are part of SHWET ASHW, the elite Motorcycle Display Team of the Corps of Military Police, which was formed in the 1952 at CMP Centre & School, Faizabad and was given its name by the then Chief of Army Staff, Late Gen AS Vaidya, MVC and Bar. Since then, the team has performed at various National and International events and has three Guinness Book of World Records to its name. 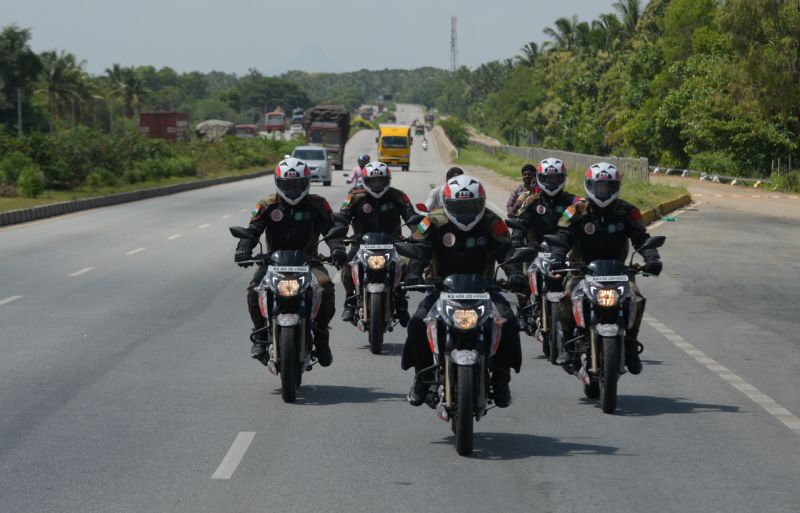 The ‘Shwet Ashw’ squad included team leader Lt. Col Vikram Rajebhosale, Havaldar Jangar Ananda, Naik Shiva Krishna CH, Lance Naik Santosh MK and Lance Naik D Sashikant B. The aim of the adventurous motorcycle ride is to pay homage to the sacrifices made by our martyrs during the Kargil War, enhancing the image of the Indian Army and to motivate the youth to join the armed forces, and serve the nation.

Speaking on the expedition, Arun Siddharth, Vice President (Marketing), Premium Two-Wheelers, International Business & TVS Racing, said, “We are honoured that TVS Apache RTR 200 FI 4V Race Edition 2.0 was an integral part of this noble initiative by the Indian Army. We want to thank them for giving us this opportunity to pay a tribute to the brave hearts on the special occasion of Kargil Vijay Diwas. The iconic ‘Shwet Ashw’ team has undergone tremendous challenges to reach Dras, battling torrid monsoons and difficult mountainous terrain. It makes us proud that the TVS Apache RTR 200 FI 4V Race Edition 2.0 supported them across this and helped them reach the destination as planned.”