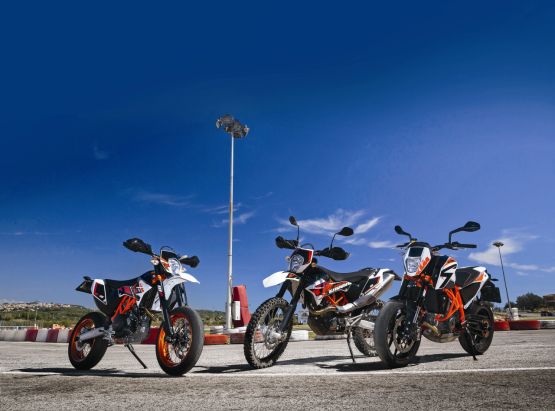 KTM have revamped their LC4 range this year, with the 690 SMC R supermoto and the dual-purpose 690 Enduro R both getting updated chassis and the dual-spark, ride-by-wire engine that powered the Duke R
last year. To show them off, KTM laid on a “triathlon” near Barcelona

If any firm knows how to build sporty, light, single-cylinder bikes, it’s surely KTM. The Austrian company was Europe’s biggest bike manufacturer last year (with over 1,23,000 sales, up 15.6 per cent); and its total number of world champions — most on singles — is fast approaching 250, the dominance stretching from Moto3 to the Dakar Rally (KTM singles have won the last 11), via enduro, motocross and supercross.
Street-legal singles powered by the LC4 engine have been an important part of the picture ever since KTM began their road-going range 20 years ago with the original 620 Duke. This year the LC4 range is revamped, with the 690 SMC R supermoto and the dual-purpose 690 Enduro R both getting updated chassis and the dual-spark, ride-by-wire engine that powered the Duke R last year. To show them off, KTM laid on a “triathlon” near Barcelona, comprising road riding on all three models plus kart-track laps on the SMC R and an off-road trek on the Enduro. 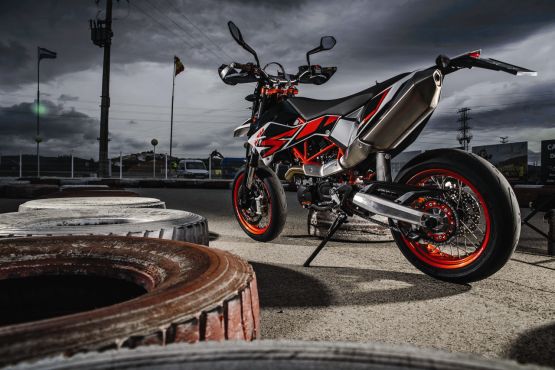 It’s a classy looking bike, its many neat touches, including the orange-finished chrome molybdenum steel frame tubes, and matching anodised parts, including the fork yokes and wheel rims. The new 690-cc, SOHC liquid-cooled engine is borrowed straight from the Duke, its maximum output of 68 PS at 7,500 revolutions per minute reduced by a single horsepower due to a smaller airbox. The SMC is also updated with new WP suspension at front and rear, and with an ABS brake system that’s fine-tuned for supermoto use, and has an anti-stoppie function as standard. 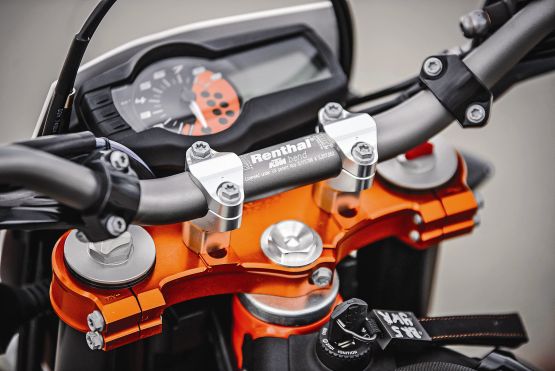 The SMC R isn’t a pure race bike like KTM’s 450 SMR, but it’s a very focused machine with plenty of competition breeding — and it feels pretty serious when you get astride a long, thin and not very comfortable single seat that’s a dizzying 890 mm off the ground. At least the long-travel suspension — there’s 215 mm up front and 250 mm at the rear — compresses enough to allow average height riders to get a foot down. And at just 144 kg wet (without fuel) the KTM is light enough to be manageable as soon as you pull away. 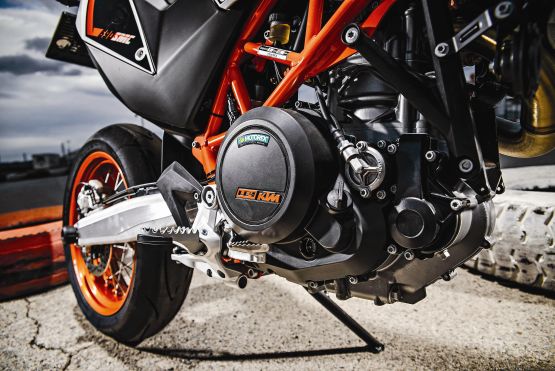