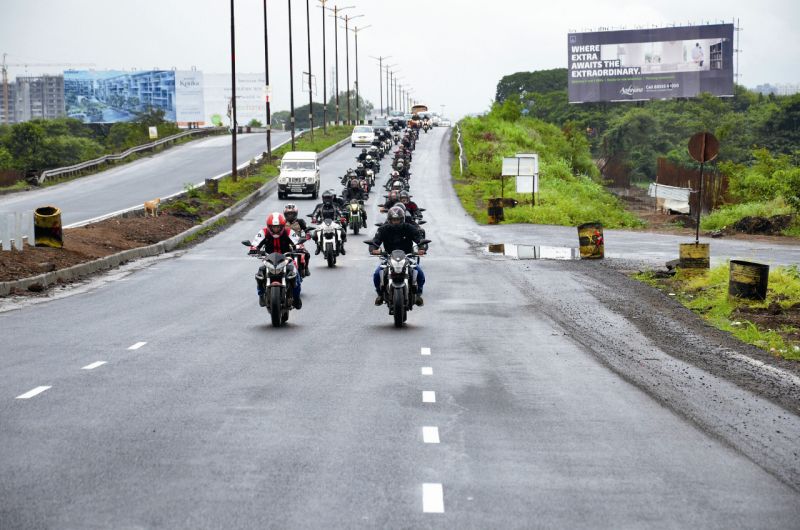 I recently visited Tokyo to check out Harley-Davidson’s new line up (keep your eye out for that one), but something I’ve known for awhile was reaffirmed while I was there. The traffic is comparable by volume in Tokyo to anything you see in India’s metros. There are as many vehicles of all shapes and sizes ploughing through the city as there are here in India, but the environment between the two countries could not be more different.

Let me illustrate with an example. MY transportation from the airport to the hotel was waiting at a red light. We were meant to go straight, so we were sitting in the middle lane. Now the lane for those going right, and the one for those wishing to go left were almost and completely empty respectively. And yet, not one soul felt it necessary to occupy that empty space unless they desired to take that particular lane and make that particular turn. The middle lane’s line was a sizable one too, and there were no cops around to ensure that lane discipline was followed. This wasn’t an isolated incident either. Everywhere I went, the traffic was incredibly sensible and followed basic road rules with supreme efficiency, regardless of whether the fuzz was around to penalize them.

The sad part is, I was astounded by it. Astounded. It came as a surprise that it wasn’t just a minority or even a majority of the people on the roads obeying traffic laws, but every last one of them. No exceptions. So, I spoke to someone I know who’s spent a length of time in Japan in the past. I asked him what the motivation, or reason behind this phenomenon was. With a wry smile and a shake of a head he explained that despite the effective policing system there, it isn’t the diligence of the authorities that keeps the people in check. It’s the people themselves. It is a mindset, where the junta in Japan understand that in the long run, following the rules means quicker commutes. They look at the bigger picture and not just their own individual convenience. Amazing right? Not quite. Turns out, this mindset is prevalent in a whole clutch of nations up and down the globe.

So why can’t we follow suit? Why can’t we control our manic impulses and follow the letter of the law without having a stick brandished in our direction? I think we can. I know we can. If the Japanese and the Americans and the Germans and the French and the British and so many others can do it, we can too. Sure a nation’s mindset has to change, but why can’t it? It will take time and painstaking effort, but all it takes to kick off a movement is a spark. One little, tiny spark, and I say, let us, the Bike India community, and bikers in general be that spark. So the next time you hit the road, don’t take the easy option, take the right one. Set an example, follow the law, and encourage those around you – friends, family, neighbours and everyone else to do the same. Who’s with me?