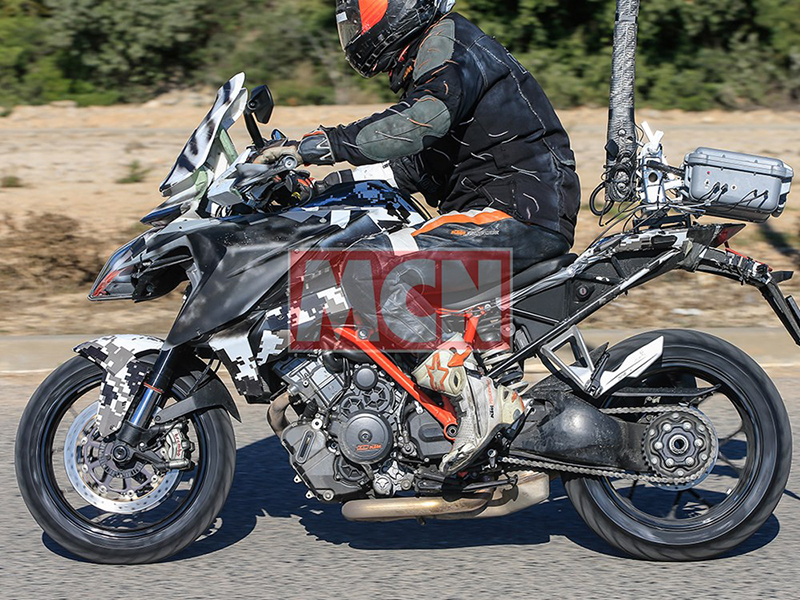 It’s been just over a year since KTM launched the 1290 Super Duke GT in the international market and now our friends at MCN have spotted a new test mule with a lot of test equipment attached to it. In the current test setup the bike looks like it belongs to the Mad Max series, however, it is being tested for noise and emissions along with a new front-end. The new headlamp resembles the one found on the Super Duke, however, it protrudes more and looks bulbous. In the pictures we can also see that the windscreen appears to be wider than on the current GT. Another aspect that seem apparent is a bigger TFT display, which in reality is a dummy unit being used for testing, indicating that the actual bike might get a bigger TFT display.

The bike also sports new handguards and other body parts with slightly revised shape. As for the testing equipment, which dominates the pillion seat area, probably consists of devices used for measuring noise and emissions. 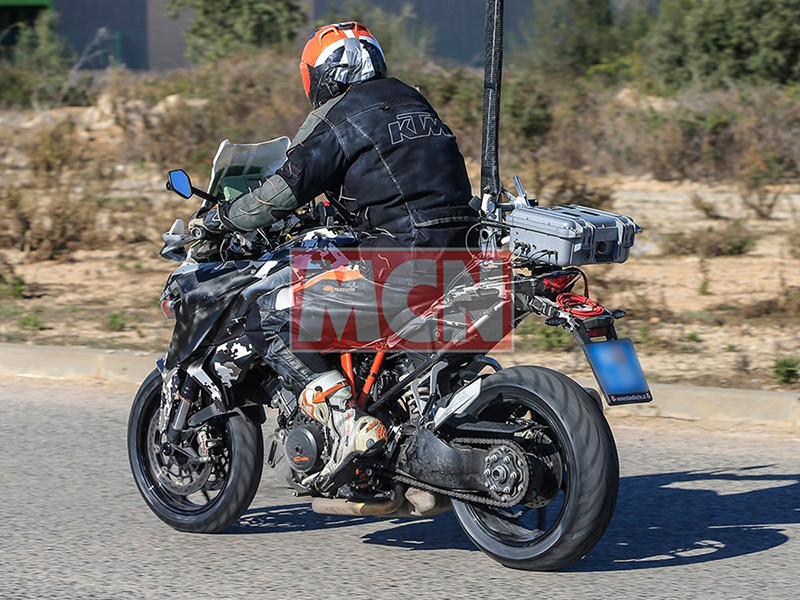 KTM are staying quiet on these pictures however, they agree the fact that the company is constantly trying to improve their products by investing heavily in R&D. According to Motorcycle News, the new Super Duke GT is probably going to make it to showroom floors by 2019, giving the current model two more years at the dealerships.

Will KTM bring this sport-touring machine to India? Well, as per our knowledge, the company is not really planning on bringing their bigger bikes to India just yet but that could change in the future. 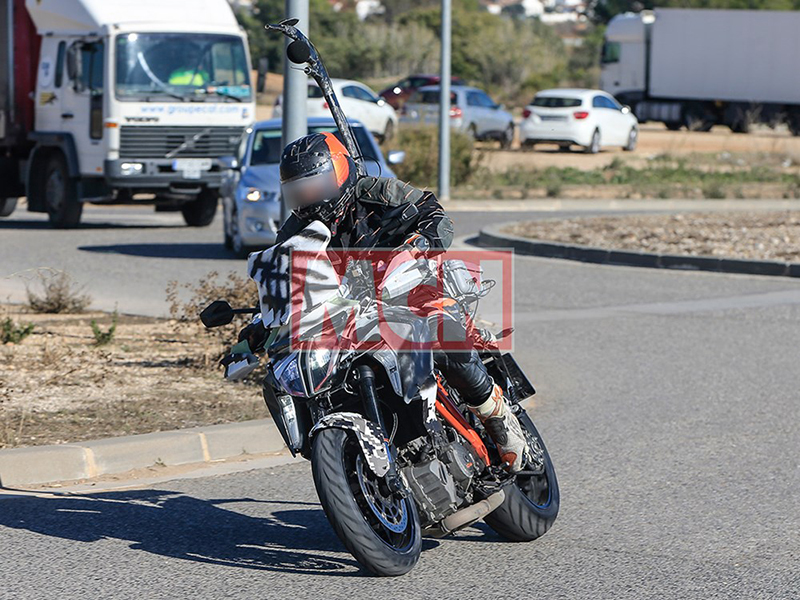