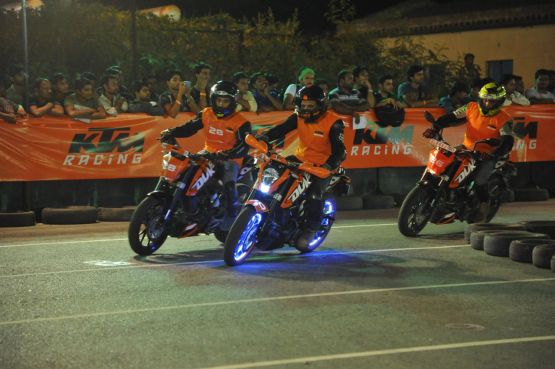 KTM Racing India recently conducted the third Orange Day for its customers in Delhi. The Orange Day event has been conceptualised to allow customers to experience the racing genes of the company’s popular motorcycle, the 200 Duke. Owners also get a chance to interact among each other and face off on a race track.

The venue for the Orange Day was the Parking Area near the ATC Tower at the Cargo Stand of the Indira Gandhi International Airport (Terminal 2 Road), with KTM owners as well as non-KTM motorcycle enthusiasts among the invitees. Proceedings kicked off with registrations followed by a classroom session by a racing expert on racing basics and the best way to extract the most out of the bike. This was followed by a demonstration on the track and then the race. Other events included service camps, KTM Powerwear and Powerparts stalls, refreshments and music. The company also showcased its 1190 RC8-R superbike, the 350 SX-F and the recently-launched 390 Duke. The first few buyers of the KTM 390 Duke received the keys to their motorcycles at the event.

Speaking at the occasion, Ishwinder Singh Khurana, DGM Probiking, Bajaj Auto Ltd. said that the KTM brand was rooted in racing and the company wanted KTM owners to experience the capabilities of the motorcycle on a race track. The Orange Day has been organised in Pune, Mumbai, Bangalore, Hyderabad, Ahmedabad, Noida, Chennai, Vadodara, Jaipur, Kochi and now Delhi, and would be held in other metros too.

KTM has won over 230 World Championship titles in various categories including 12 consecutive Dakar Rally titles. Their motorcycles seek to follow this racing philosophy through the use of light and high-strength alloy components allowing what is usually the best power-to-weight ratio in their respective classes. 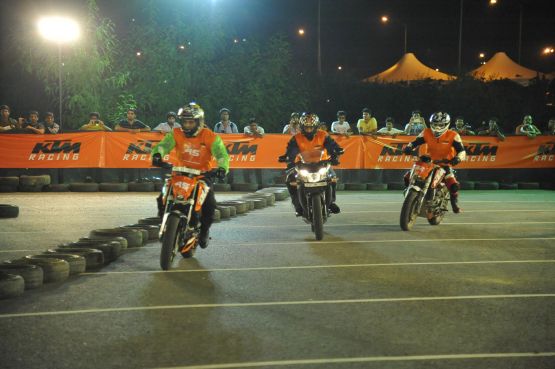 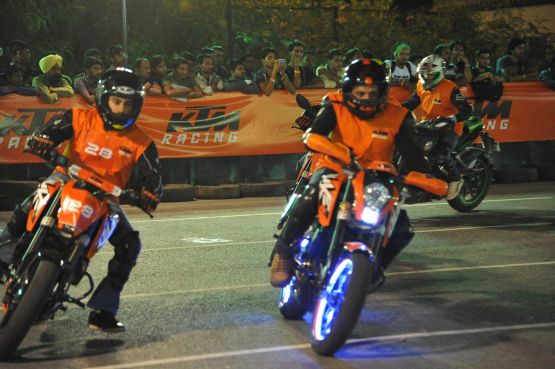