The KTM 890 Duke R was showcased at the EICMA Motor Show 2019 and has now been officially revealed in an online presentation. 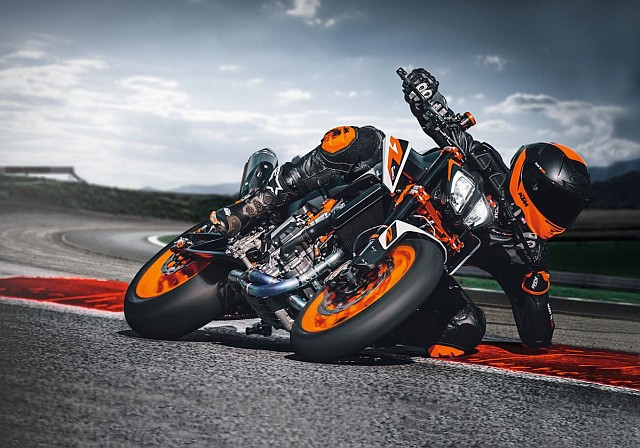 Based on the KTM 790 Duke, or as they like to call it, the ‘Scalpel’, the Austrian manufacturers have created a more track-focused, higher-performance tool – the KTM 890 Duke R, now called the ‘Super Scalpel’. Only a select few models from the KTM line-up get the R badging and in this case it has to do with the upgraded engine and high-specification parts on the 890 Duke R. Here is how KTM have managed to achieve building the Super Scalpel which, they say, is the sharpest and most precise motorcycle from their entire range. The online presentation gives us the smallest of details of what has gone into the construction of the engine and here is all you need to know.

Another change which KTM say will improve the cornering and handling abilities of the motorcycle is a new crankshaft that which has 20 per cent more rotational mass than the one on the 790 Duke. Apart from this they have also added new connecting rods and pistons to the engine structure. KTM say that the bike will also have faster gear-shifts they have given it a shorter lever travel, lighter spring action and improved settings on the optional Quickshifter+. An advanced fuel-injection system is now being used in the 890 Duke R which KTM say improves low-rpm performance and a larger radiator has also been added to ensure optimum cooling of the engine. 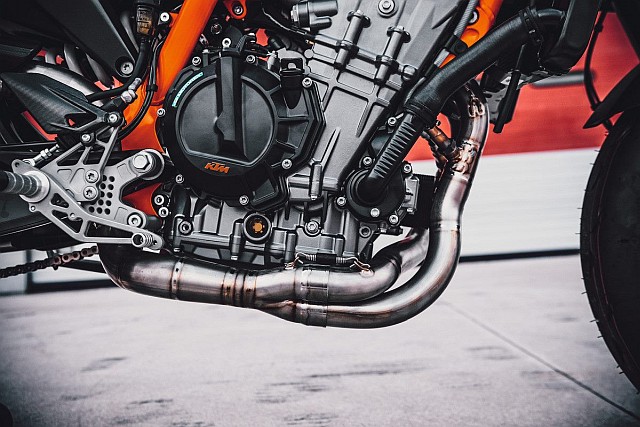 To ensure stability and optimum performance on the track and street, KTM have given the 890 Duke R a sporty suspension and braking set-up. It comprises a fully-adjustable 43-mm WP Apex fork at the front and a fully-adjustable WP Apex shock absorber at the rear. The forks also offer compression and rebound adjustments for on the move changes that are needed. High and low-speed compression, as well as rebound, can be changed and the pre-load is hydraulically adjustable.

The new braking set-up is lighter with larger discs in the front and KTM say it has a sharper and more precise brake feel. The front get two 320-mm discs with Brembo Stylema calipers with aluminium carriers. Each brake disc is 400 grams lighter than the ones on the 790 Duke, while each of the calipers are 190 grams lighter. This leads to a total of 1.2 kg of unsprung mass saved compared to that on the 790. The kerb weight of the motorcycle is 184 kg making it 3 kg lighter than the 790 Duke; an impressive decrease in weight for a more powerful model.

The KTM 890 Duke R gets a 6-axis IMU unit compared to the 5-axis IMU on the 790 Duke. There are three riding modes: Sport, Street and Rain and an optional Track mode, which gets features such as launch control, nine-level traction control and wheelie interdiction completely off. This new electronics package further ensures safety and aids in cornering stability. It can also read the drift positioning of the bike and with the help of speed sensors on the wheel that KTM say lets the bike implement traction control and ABS even better. An optional electronic slipper-clutch will also be offered, which apparently enhances the operation of the standard mechanical slipper-clutch.

The frame of the bike hasn’t been changed and is the same on the 790 Duke, although the set-up is slightly different. The bike now places the rider slightly forward in a more aggressive position with the tapered aluminium handlebar set lower and further forward. The footpegs have also been set higher and behind just like sporty rear-set footpegs seen on race-spec bikes. The addition of Michelin Power Cup 2 tyres further tell you why this is going to tear up the race-track. These tyres are slick on the sides with just a few treads cut in the middle, and are designed for 90 per cent track use. 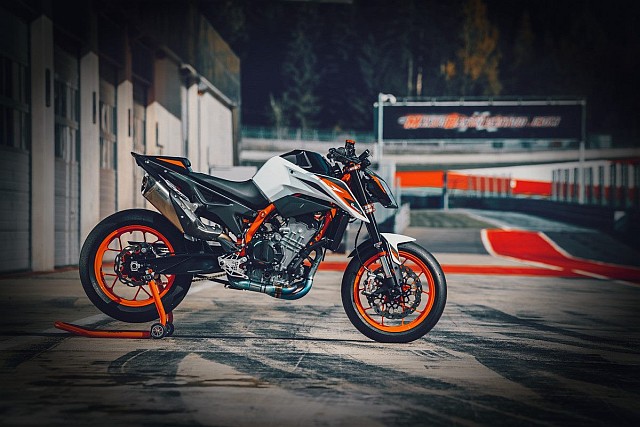 On paper, this bike seems to be the dream package for someone who wants a bike in the middleweight segment. But there is another potent competitor in this segment which is the new Triumph Street Triple RS that it will rival. The bike is expected to be launched soon now that the official details have been revealed. Reports say that the expected starting price of the KTM 890 Duke R in the US is $12,599 (approximately Rs 10 lakh). We await a ride on the Super Scalpel and hope that it will come to India too.