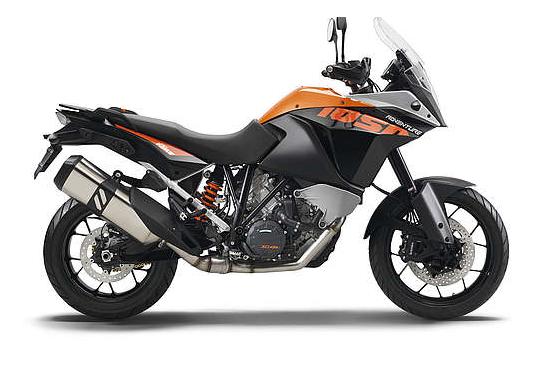 Hot on the heels of the launch of the 1290 Super Adventure, the good folk at Mattighofen have unleashed yet another adventure tourer in the form of the new 1050 at EICMA. The large frame and bulging proportions point to the large 23-litre fuel tank and the big V-twin motor underneath it all.

The 75º fuel-injected and liquid-cooled V-twin displaces 1,050cc and produces 95 PS and is mated to a six-speed transmission with a PASC anti-slipping clutch. The peak power revs as well as torque haven’t been disclosed, although with its 103mm bore and 63mm stroke, we can speculate that peak power will arrive in the 8,000 RPM range with a peak torque of about 100 Nm coming in around 6,000-7,000 RPM – more than sufficient for effortless riding whatever the terrain. It also features gen-9 Bosch two-channel ABS, traction control and riding modes. At 212 kg, it’s not as heavy as many of the bigger adventure bikes and that, together with the electronic aids, will make it more manageable in the hands of riders who aren’t over six feet tall.

The 1050 Adventure will arrive in India soon, KTM India had confirmed earlier during the launch of the RC twins. At €12,695 (Rs 10 lakh approx) in the EU, we can expect similar or slightly higher pricing here in India, if KTM decide to go down the assembly route.