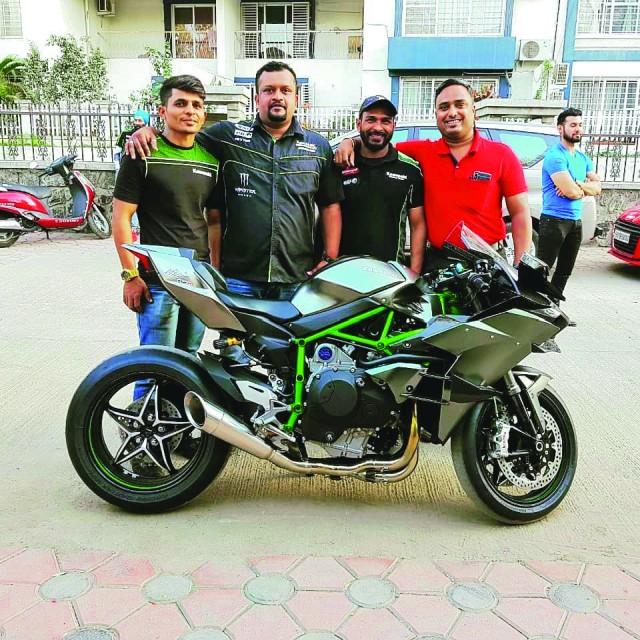 For now, just one unit of the Kawasaki Ninja H2R has been allotted to India which was delivered by ANZEN Kawasaki, Mumbai, to a rather camera-shy enthusiast.

A drool-worthy design that looks as if it has been teleported to our planet from a galaxy far away, the Kawasaki Ninja H2R appears to be a result of an unprecedented collaboration between the multiple divisions of Kawasaki Heavy Industries, Ltd (KHI). This ultra-exclusive motorcycle is produced in very limited numbers at Kawasaki’s Japanese manufacturing facility by master craftsmen. The Ninja H2R is a track-specific bike which comes without headlights, rear-view mirrors or number-plates and comes shod with super-soft slick tyres. Since the H2R is not a road-legal model, it can’t be registered or ridden on public roads. The supercharged, 998-cc four-cylinder engine in the Kawasaki Ninja H2R produces 310 PS at 14,000 rpm – 326 PS peak with ram-air – and you’re welcome to use it all; though it calls for guts of steel.