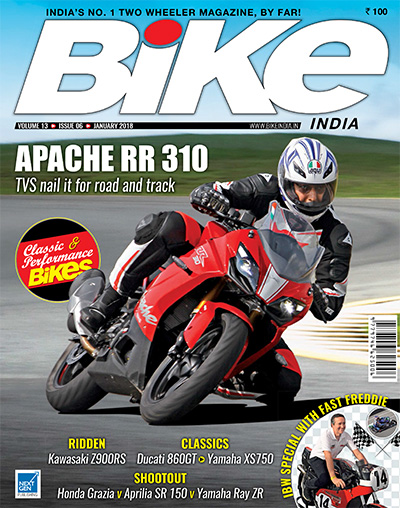 In the Company of a Living Legend

THE FIFTH INDIA BIKE WEEK (IBW) WAS HELD IN GOA ON 24 AND 25 November and it was heartening to see how the biggest bike festival has grown over the years from a turnout of 3,000 to nearly 20,000.

Some people asked me why I brought the living legend, ‘Fast Freddie’ Spencer, to the IBW and the answer is simple: because of my racing achievements and as the editor of Bike India I get to meet these legends. Our readers and fellow bikers don’t get this opportunity, so I thought why not bring him to IBW so that all of you can meet the legend in person? After spending three days with him I can say he is a humble, down to earth human being after all his achievements in life. I had to pinch myself that it was not a dream but I was really driving with Freddie Spencer and for this I would like to thank the folk at TVS Racing, CEA T Tyres and Arai Helmets for making it possible to bring Freddie Spencer to India for IBW. On his part, Freddie really enjoyed the festival, the interactions and was impressed by the turnout, saying he would love to come back to the IBW festival.

I would like to congratulate the team at 70 EMG for the fifth and India’s biggest bike festival and I hope the next one is even bigger.

The new TVS Apache RR 310 is an all-round motorcycle with fantastic handling; you can read our first ride report in this issue.

We would also like to congratulate KTM for having won the Indian Motorcycle of the Year (IMOTY) 2018 award for the 390 Duke.