I woke up in a comfortable cot perched on sand, inside a tent pitched in the Pisco desert, Peru. A quick glance at my watch revealed that the motorcycles were yet to come our way. After scaling a nearby sand dune, I waited, staring at the endless stretch of sand all around me. Then I heard something that put a smile on my face: the distant roar of a motorcycle racing towards me. If you have not guessed it yet, we were in Peru for the first few stages of the Dakar Rally.

Although it is the toughest rally raid in the world, the Dakar had a humble beginning. In 1977, a motorcyclist (Thierry Sabine) participating in the Abidjan-Nice rally got lost in the desert. After being rescued from the sandy expanse, he returned home a determined man; smitten by the prospect of organising a race through the very landscape that bested him.

The first Paris-Dakar rally was flagged off on 26 December 1978 from the Place du Trocadéro with 170 competitors. Recently, Dakar 2018 drew to a close, making it the 40th chapter in the history of the legendary race. It has not been an easy journey and has had its share of misfortunes. Before the 30th edition in 2008, a terrorist incident claimed the lives of four French citizens and three Mauritanian military personnel. The rally was cancelled. Since then, the Dakar has sought shelter in South America where it was welcomed with equal enthusiasm.

Dakar 2018 was the 10th edition in South America. Racers had to cover almost 9,000 km across three countries: Peru, Bolivia, and Argentina. The route was far from easy because sometimes the competitors had to take on stages that were 100 per cent off-piste (French for ‘track’). This included five days of racing at an altitude of more than 3,000 metres. Flagged off from Lima, Peru, Dakar 2018 culminated at Córdoba, Argentina.

It was in 2015 that India entered the famous competition. Racing for Kini-Red Bull, CS Santosh became the first man to represent India at Dakar while Sherco-TVS Rally Factory was the first Indian team at the Dakar. Since then, there has been no looking back. The previous year, we had another team from India sign up for the Dakar, Hero MotoSports Team Rally. At the beginning of the 2018 edition, both teams were at the start line with three riders each, two among them being Indian nationals. Allow me to take you through the details.

After accumulating years of motor sport experience in India, TVS Racing decided it was time to broaden their horizon. In 2015, they joined hands with Sherco, a French-Spanish motorcycle manufacturer, to develop the RTR 450 rally motorcycle. In their first year, the team was represented by the French duo, Alain Duclos and Fabien Planet, and they finished in 25th and 29th place respectively. With such a stellar result in their first attempt the team returned the following year with three riders: Alain Duclos (France), Joan Pedrero (Spain), and Florent Vayssade (France). At the end of Dakar 2016, two of them made it to the finish. Vayssade finished in 27th place, ahead of his team-mate, Duclos, who was in 46th. The previous year, they showed up at the start with three riders: Joan Pedrero (Spain), Adrien Metge (France) and Aravind KP (India). Pedrero claimed 13th place while Metge finished in 22nd. Unfortunately, Aravind was unable to finish due to injuries that he sustained earlier in the rally. 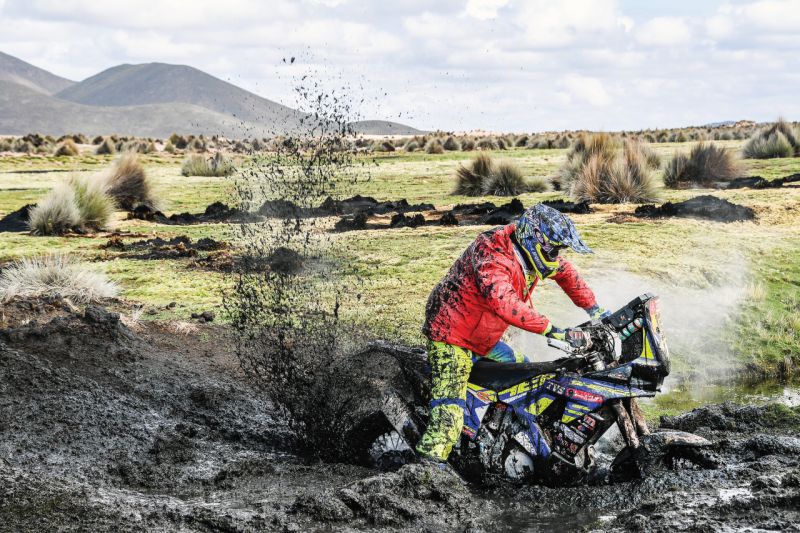 Juan Pedrero (Spain, #12): This Spaniard is the most experienced Dakar rider in the team. The previous year, Pedrero made waves by finishing in 13th place. In addition to the perils and challenges of Dakar 2018, he had to face a lot of pressure early into the race after both his team-mates crashed out in the initial stages. Pedrero continued to ride with undying grit and kept the hopes of the team alive. He finished in 24th place at the end of the first stage and there was no looking back since. By the third stage, he had entered the top 20. He showcased exemplary skill and finished in fifth place in the penultimate stage. The next day, Pedrero finished Dakar 2018 in 11th place. 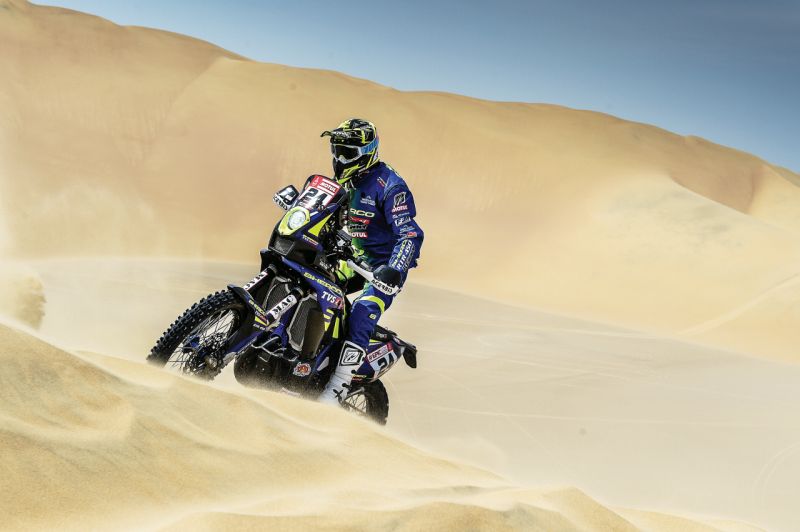 Adrien Metge (France, #24): A couple of years ago, Metge was a newbie at Dakar and stunned everyone by fighting his way to 11th place. Sherco-TVS wasted no time in roping in this talent. He has experience as an enduro-driver and an elder sibling to brag about (Dakar rider, Michael Metge, is his elder brother). Unfortunately, another great Dakar was not on the cards for him. On the second day, he suffered a fall in the Pisco desert and broke his tibia. Let’s hope he recovers and comes back stronger next year. 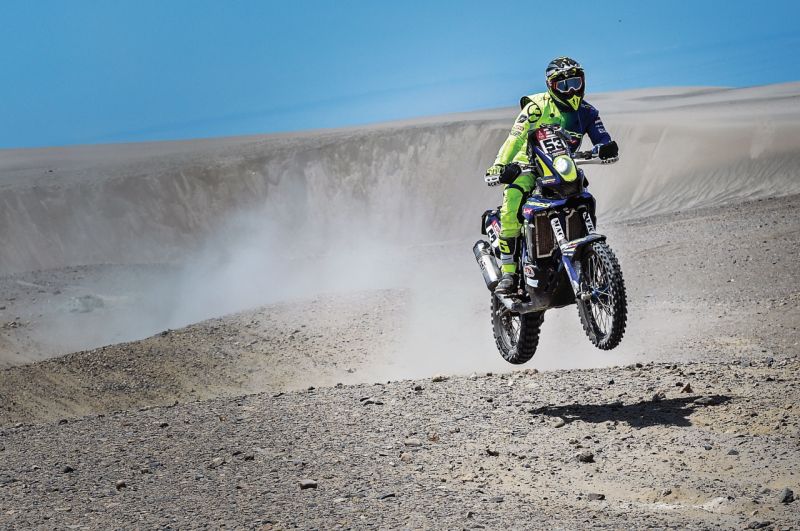 Aravind KP (India, #53): Aravind was the only Indian rider in the team and it was his second go at the Dakar. The last time around, injuries from a crash during the race forced him to abandon it. After spending a year in recovery and training, he returned a determined man. Ill fate continued to dog the team because Aravind also had a crash just before the rally crossed into Bolivia. Nursing a broken ankle, he had to retire from the race as well. It was a pity because Aravind had just begun to get a handle on the race and was making great progress. At the end of the fourth stage, he had managed to work his way up to 33rd place in the overall standings before he crashed out of the race.