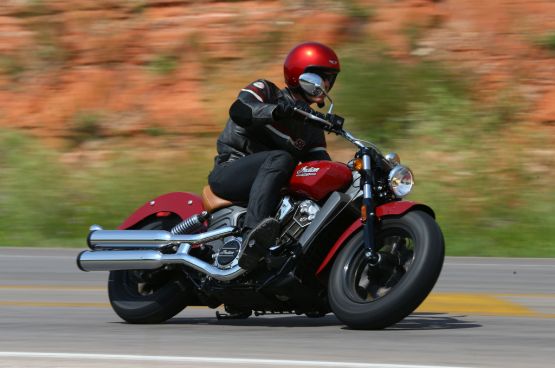 Barely a month ago, Indian Motorcycle unveiled their smallest motorcycle yet, the 2015 Scout, at the Sturgis rally and now it’s come to our shores!

The 2015 Indian Scout has been launched in the capital at Rs 11.99 lakh (ex-showroom, Delhi). The Scout is the lowest-priced offering in the Indian line-up in the world.

The Scout features an 1,133cc liquid-cooled V-twin engine making 101.6 PS at 8,000 RPM and 97.7 Nm at 5,900 RPM, mated to a six-speed transmission. The 2015 Scout takes forward the legacy of the first of its kind which was produced from 1920 to 1949. Like its iconic forerunner, the new Scout is 100% Americana on two-wheels. Apart from sporting the DNA and lines of the classic Scout, the bike takes a definitive step into the modern era with its cutting-edge powertrain.

The Scout is set to be a direct competitor to the Harley-Davidson Dyna family in the Indian market as far as the price is concerned.