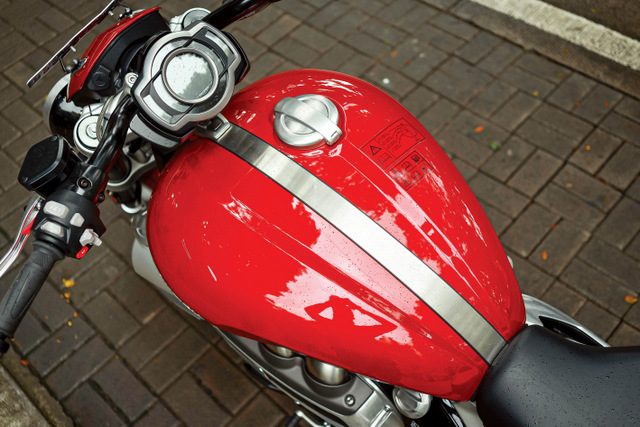 The switch cubes on the handlebar and the second-gen TFT screen work in tandem to allow you to set your ride up the way you like it. There are also varied screen layout themes for you to choose from. You can even move the screen about to angle it away from the glare and make it more conveniently legible. You can also use Triumph’s proprietary app to connect the Rocket to your phone or even your GoPro via Bluetooth and use the switchgear to control certain aspects of these devices. Other features include an under-seat USB charging slot, keyless start, cruise control, and hill-hold. 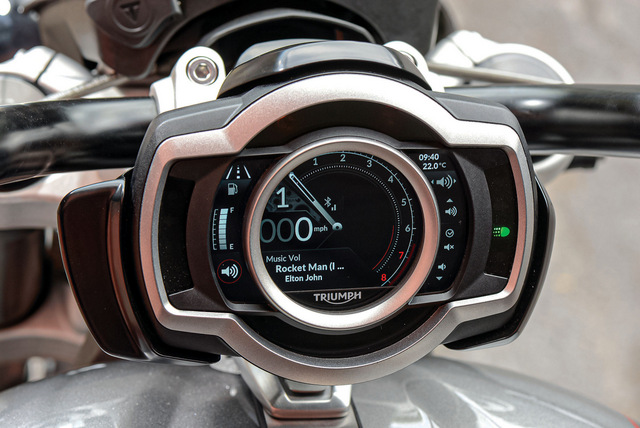 The riding position on the Rocket 3 R is mostly upright, as you would imagine, with the slightest hint of forward lean and mid-set pegs lending it a hint of aggression in its perch. The handlebar is wide and chunky, making in-city manoeuvrability and quick U-turns a cinch. The Rocket 3 feels quick to take off when you give its throttle a good ol’ whack open, but everything is kept in line thanks to the electronic aids. The torque rushes in from low down and the way the power is delivered, it tapers out at the 5,000-rpm mark, prompting you to shift up a gear. The roar of the 2.5-litre triple is a little too muted for my taste, especially as this the “largest production motorcycle engine in the world”, and this is most likely thanks to the new Euro 5/BS6 compatibility requirements. The pipes still serve up enough menace to announce your impending arrival, though. 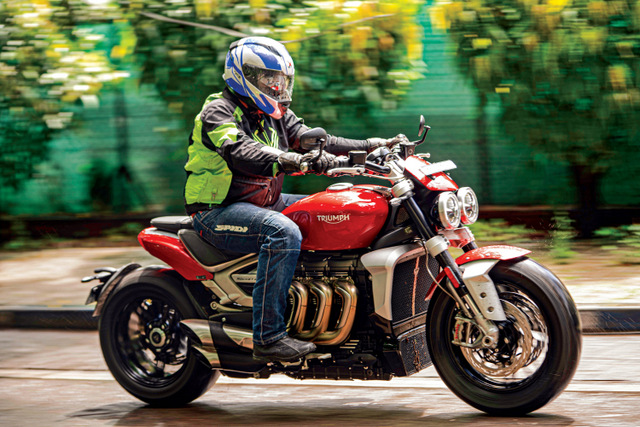