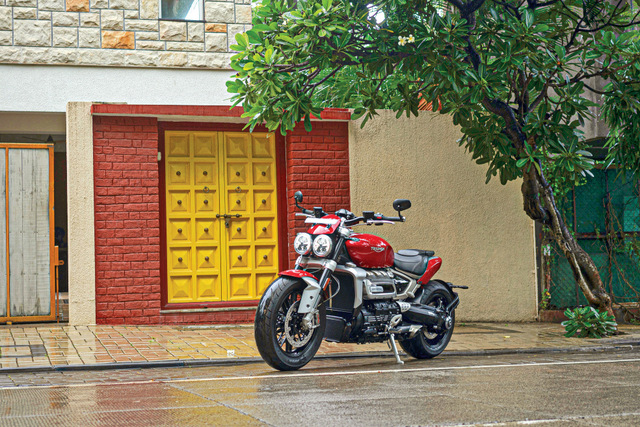 We get the singular opportunity to experience the bike with the largest production motorcycle engine in the world ― the Triumph Rocket 3 R. Here’s what this hotly anticipated street scorcher is all about

Platitudes are often meaningless. Great to look at on paper, underwhelming when witnessed in person. Take, for example, the Statue of Unity — the largest statue in the world. It’s big all right, no doubt about that, but five minutes into my first (and only) visit there and the novelty wore off and I was bored — completely and utterly bored. Then there’s the Yamuna Expressway, one of India’s longest six-lane highways, not so fun in the summer heat when you are restricted to 100 km/h and have to watch out for idiots coming down the wrong side of the highway with a nonchalance that is both infuriating and astounding. I could go on and on… Which brings us neatly to the Triumph Rocket 3 R, the bike with the largest production motorcycle engine in the world. I was sceptical and a little hesitant seeing Triumph shout this particular platitude from the rooftops — pretty much resigned to the idea that I would come away from my Rocket experience disappointed. 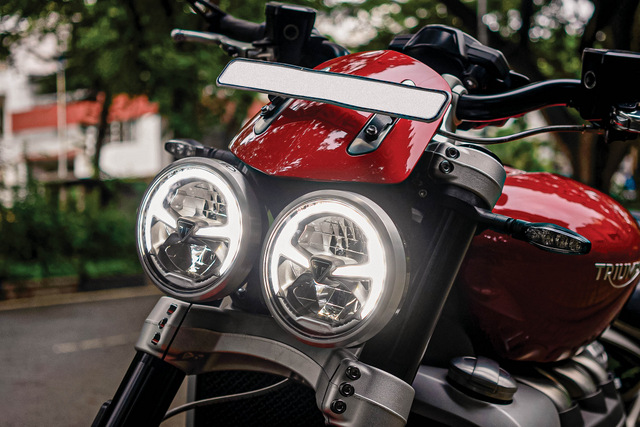 The new Rocket 3 doesn’t disappoint in the visual stakes, though, I’m happy to confirm. It looks like it has been hitting the weights hard and juicing on the side for good measure. All muscle and tautness and presence, there’s no hiding that this is a power cruiser; in every sense of the phrase. The buggy-eye effect of the twin-pod headlamps and the stubby tyres front and rear only accentuate that raging ’roid monster motif. To undercut the knock-you-teeth-out brawn, Triumph have tossed in some new-age touches too. The lighting is all pretty LEDs, with the headlamp getting crescent-moon DRLs and the tail-lamp unit also getting a stylized LED treatment. The wide roadster-style handlebar with the bar-end mirrors is another great touch and the ensemble is tied together by that sleek tank with its brushed tank strap and the Rocket’s go-faster aesthetic is topped off by that compact front cowl. 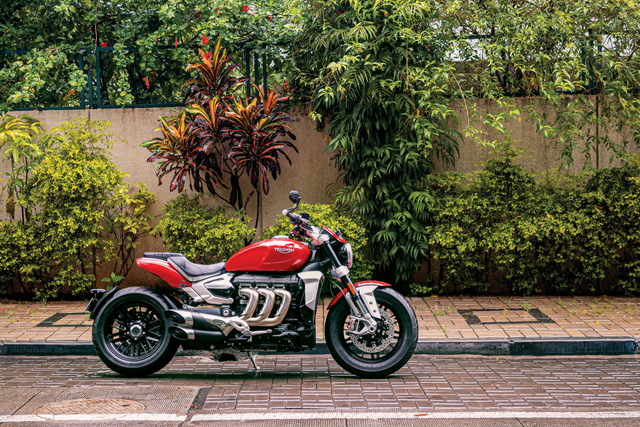