Honda Motorcycle and Scooter India (HMSI) announced the launch of updates to its scooter range with its newly-developed environment-friendly HET.

HET stands for Honda Eco Technology, which is claimed to offer improved fuel economy of up to 60 kpl. The updated 109 CC engine produces 8.15 PS at 7,500 RPM and 8.74 Nm at 5,500 RPM. The engine is now also claimed to offer better low- and mid-range torque for easier commuting.

Apart from the updated engine, Honda also announced new colours for its scooters. The Activa will be available in a new ‘wild purple’ metallic shade, the Aviator in a ‘royal gold’ metallic shade, and the Dio in a ‘pearl trance yellow’ shade, in addition to the currently available colours. The updated Activa, Aviator, and Dio are priced at Rs 47,188, Rs 48,212 (for Standard version; Rs 53,531 for Deluxe version), and Rs 44,701 respectively, all ex-showroom Delhi prices.

Honda’s HET was developed at its new R&D facility in Manesar. The company plans to launch one new model every quarter from this new facility i.e. four models every year. This can only help Honda further strengthen its position in the scooter segment and counter its rivals. Bring it on, Honda! 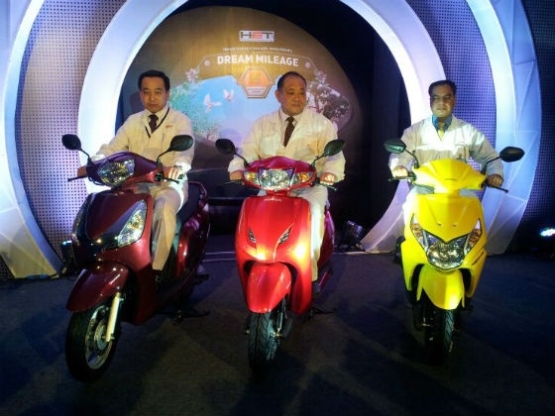