The Honda H’Ness CB 350 has just been launched in India and marks the manufacturer’s entry into the 350-cc classic motorcycle segment. 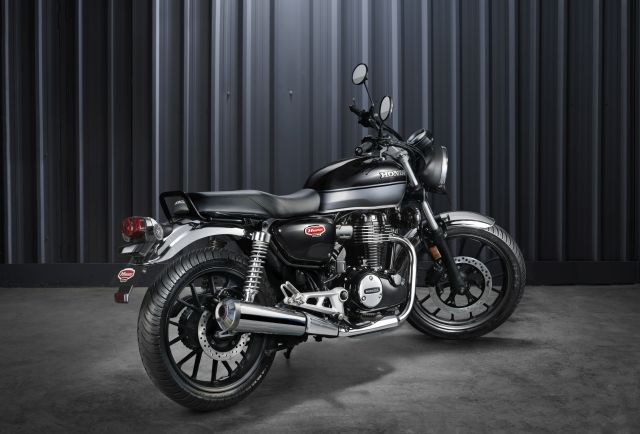 The legacy of the Honda CB models date back to the 1960s with the introduction of the CB50. Since then the manufacturers have had various iterations of models ranging all the way up to 1,300-cc (CB1300 Super Four). Honda were always a step ahead with the CB models and had introduced many revolutionary changes to the motorcycles. The original Honda CB350 was produced between 1968 and 1973 and used a 325.6-cc, parallel twin-cylinder, four-stroke engine. The next was the Honda CB350F, which was one of the first four-cylinder, four-stroke, 347-cc motorcycles of its time. It was manufactured in Japan between 1972 to 1974. What we have now is the Honda H’ness CB350 which will be made-in-India and currently is an exclusive product for our market.

The new Honda H’ness CB350 retains the original look of the CB models with its classic design elements. The bike features a round LED headlight, round indicators, a curved tank, a single-piece seat and a good-looking exhaust which has quite the engaging sound thanks to 45-mm pipe diameter. The design pays homage to the models from the 1970s and at first glance looks like it has a really premium build quality. The 15-litre fuel tank should be good enough for longer-rides and touring needs. 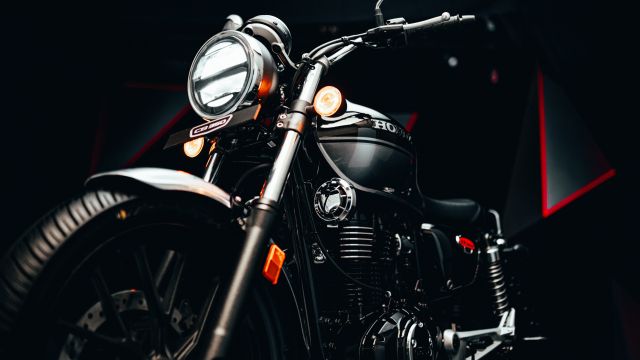 The bike has been built around a half-duplex cradle frame to offer a soft steering feel. Honda say that the load allocated to the front has been optimized by mounting the engine at low position to lower the center of gravity. A kerb weight of 181 kg makes it slightly lighter when compared to its main competitor – the Royal Enfield Classic 350. 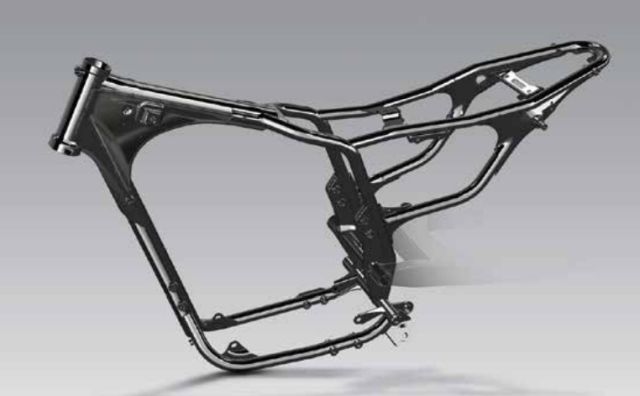 There will be two variants of the Honda H’ness CB 350 on sale – DLX and DLX Pro. Distinguishing the two will be dual-tone colour options, smartphone voice control and a dual-horn. Mechanically, both variants will be the same. 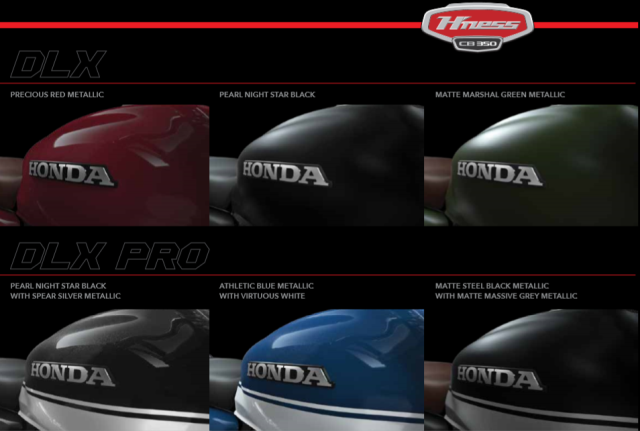 To keep the price in check and considering many other factors, the Honda H’ness CB350 uses a 348.36-cc, single-cylinder, air-cooled engine that puts out 21 hp at 5,500 rpm and a peak torque of 30 Nm at 3,000 rpm, mated to a five-speed gearbox. The bike also gets a slipper-clutch which eases the function when constant gearshifts are needed and also improves the feel of engine braking. 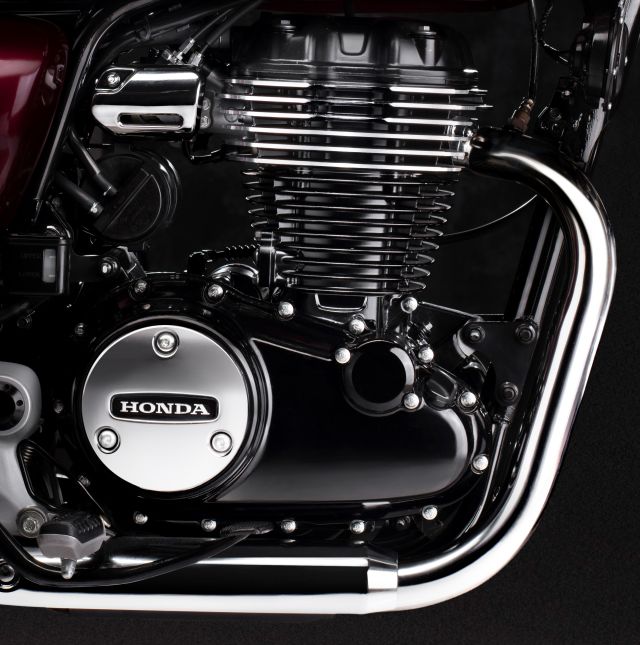 This long-stroke engine uses a weight that has been added on the main shaft located at the rear of the cylinder to balance the position and mass with the balancer shaft located in the front of the cylinder. Honda say that this has helped them achieve less vibrations in the motorcycle. We await a ride to tell you all about how refined the engine really is. 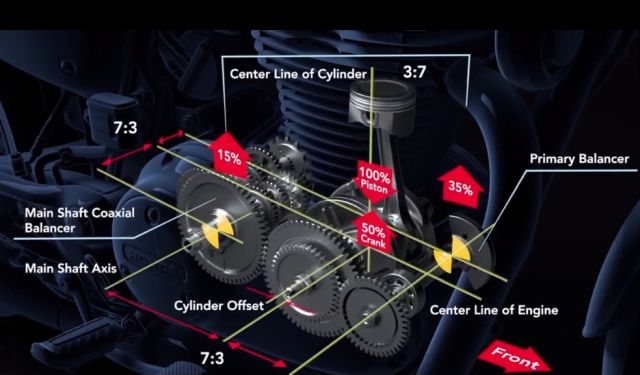 The Honda H’ness CB l350 gets alloy-wheels as standard on both variants – a 19-inch at the front and an 18-inch at the rear. The front uses a 100-section tyre and the rear uses a wider 130-section tyre. This has been done to improve the grip levels and offer more stability. The braking setup is impressive where the bikes uses a 310-mm disc at the front and a 240-mm disc at the rear with dual-channel ABS. 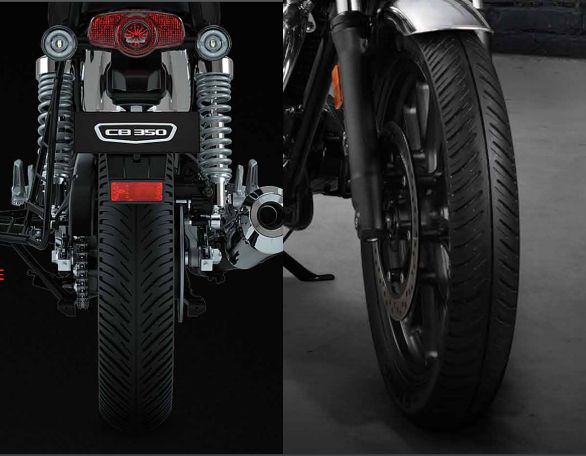 The bike is packed with features and what makes it stand out in the classic bike segment is the Honda Smartphone Voice Control system (HSVCS) – A Bluetooth system that offers a variety of information to the rider. It will be controlled through an application and supports features such as turn-by-turn navigation, music playback, phone calls and text messages. A rider can toggle through the information using the buttons on the left side of the handlebar which will change function as per the feature accessed and information will be communicated through the headset. 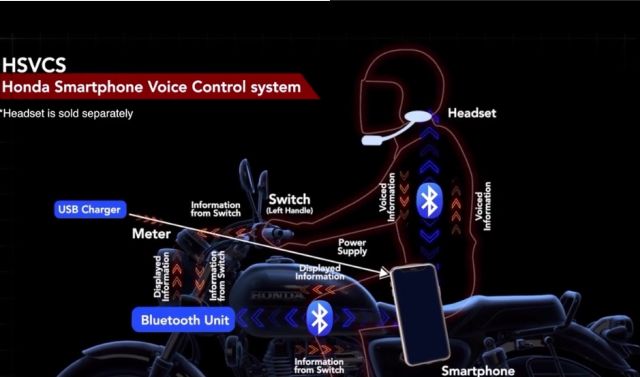 Then we have Honda Selectable Torque Control (HSTC), which is the manufacturer’s patent for traction control. The system works to avoid rear-wheel slip which is caused by applying abrupt throttle inputs and provides a rider with a sense of more security. 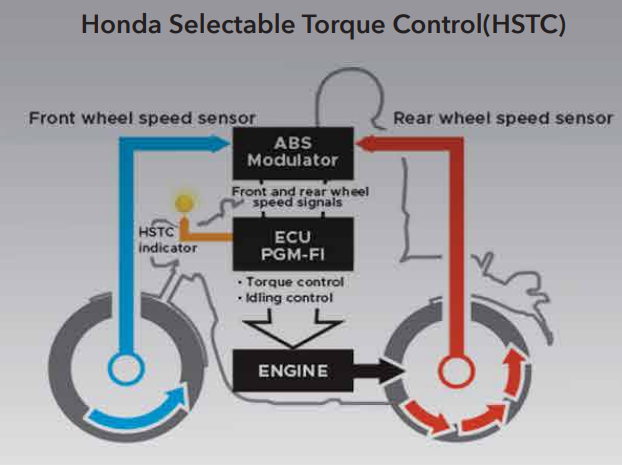 The digi-analog console offers a decent amount of information such as distance to empty, gear-position, battery-voltage meter, real-time mileage, and average mileage. The digital panel is quite small and the large analogue speedometer retains the classic-bike feel. 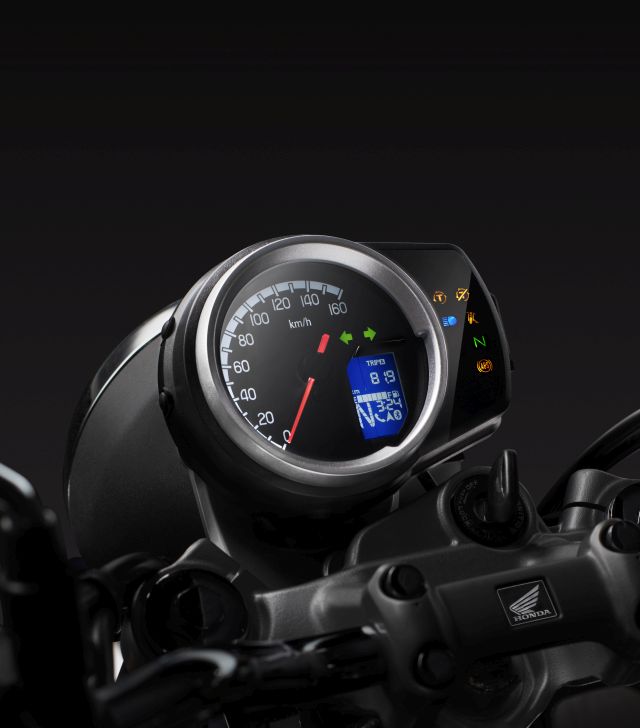 Other features include an engine start/stop switch for added convenience, a hazard-light switch and a side-stand indicator which also stops the engine from starting when the side-stand is down.

Yesterday at the official launch of the Honda H’ness CB350, it was announced that the price of the motorcycle will be around the 1.90 lakh (ex-showroom) mark. We can expect the DLX Pro variant to be priced around Rs 7,000 more than the standard DLX variant. This is an aggressive price-point for a motorcycle that is being offered through the manufacturer’s premium BigWing dealerships. It will go up directly against the likes of the Royal Enfield Classic 350, the upcoming Royal Enfield Meteor 350 and the Benelli Imperiale 400. 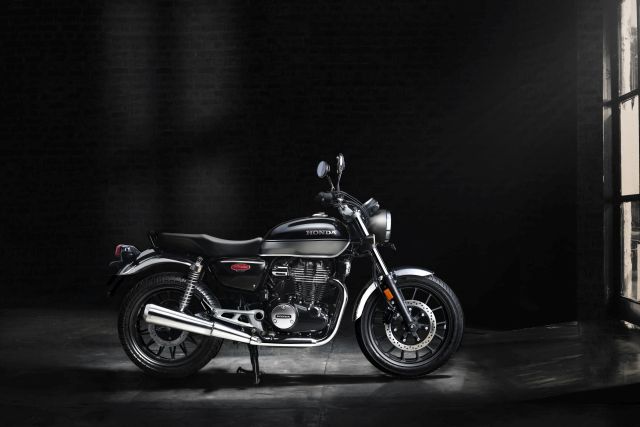