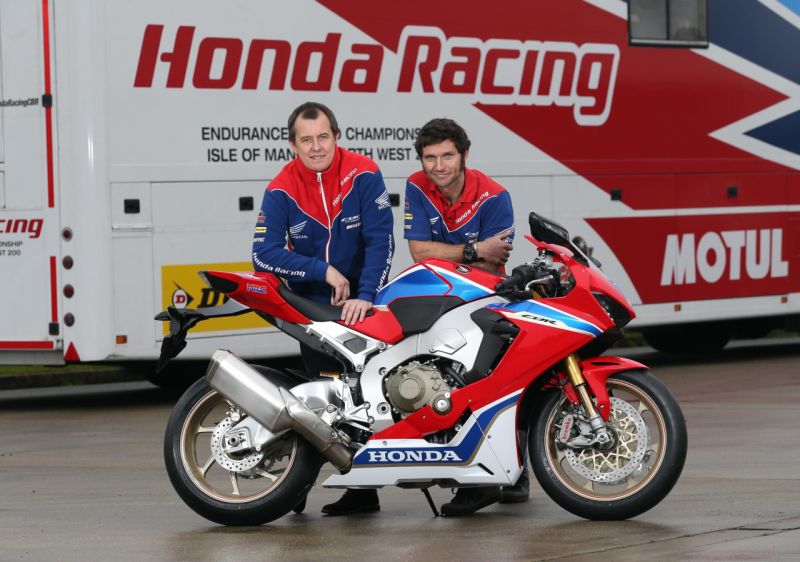 Honda Motor Europe have announced their two-rider line-up for the North West 200 and Isle of Man TT which will complete their 2017 Road Racing assault in the superbike classes. Riding the all-new Honda CBR1000RR Fireblade SP2 will be TT legend John McGuinness, who will be joined in the team by Guy Martin.

Guy Martin will be making his return to racing after a year away, and will form a formidable team with McGuinness on the brand new Fireblade SP2. Martin has enjoyed huge success during his career, securing wins at various races including the Ulster GP, Scarborough Gold Cup, Armoy, Cookstown and also the Southern 100. He has also stepped on the TT podium 15 times and will be chasing his elusive maiden TT win.

John McGuinness will be looking to add to his impressive tally of 23 TT wins and, riding the new Fireblade SP2, will also be aiming to recapture the lap record which was broken during last year’s race.

The SP2 is a road legal homologation special, based on the Fireblade SP, that is specifically developed for racing and features a revised cylinder head with larger valve sizes and lightweight Marchesini wheels for greater performance.

The all-new Honda CBR1000RR Fireblade SP2 will make its road racing debut at the North West 200 in May.